LG introduced one of the most fascinating phones of 2020, the LG Wing. It has a different take on embedding two displays. Notably, the phone does a swivel action (t-shape) to expose the second square display. While the primary display becomes a horizontal display which is great for media consumption. The phone does not come with flagship specs and is powered by the Snapdragon 765G processor and is coupled with 8 GB of RAM. In this article, we will share all the latest software update details for the device with their download links.

LG has also not been able to keep up with timely software updates. Most of its devices are lagging behind in terms of the latest security patches. Notably, the carrier variants are no exception either. This tracker will give you all the information about the latest update, whenever LG seeds it for the LG Wing. With that being said, let us take a look at the article itself: 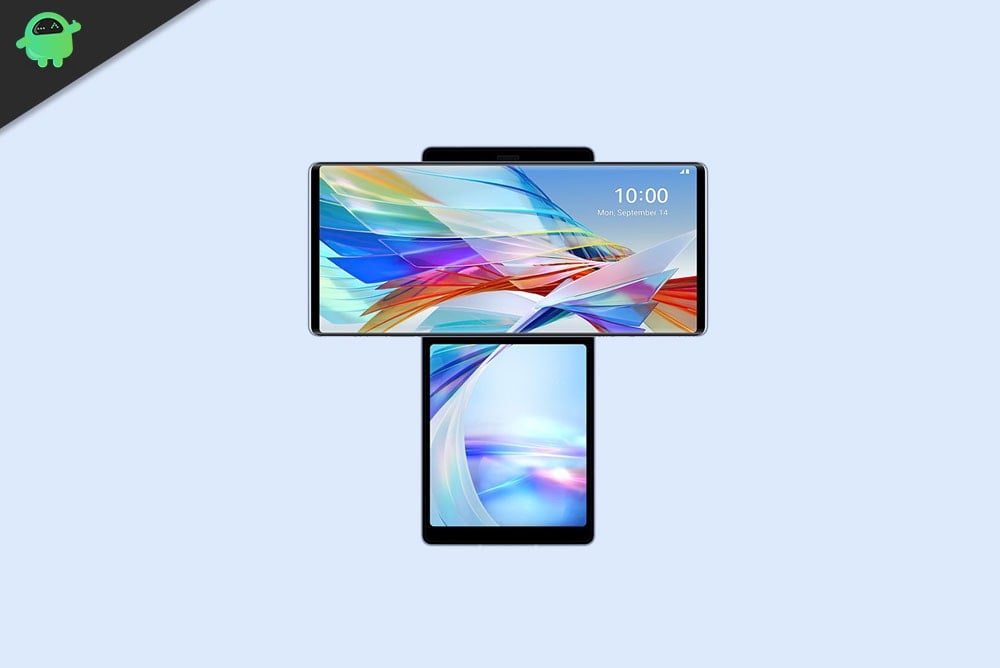 Let us take a quick look at the specs of the LG Wing. It has two displays, one being 6.8-inches and the other being 3.9 inches. The phone does a smooth swivel action to make a T-Shape. The phone is powered by a Snapdragon 765G chip and is coupled with 8GB of RAM. Under the hood, LG Wing is powered by a 4,000 mAh battery and it supports Fast charging, Wireless charging, and Quick Charge 4.0+. It runs on Android 10 out of the box and offers up to 256 GB of onboard storage.

Talking about the cameras, it comes with a gimbal model that replicates all the gimbal actions. The primary camera is 64MP, while the other two cameras are 13 and 12 MP, both of which are ultrawide lenses. The front camera on the LG Wing is a motorized pop-up camera with a 32MP lens. The LG Wing is capable of recording 4K@30/60fps, and 1080p@30/60fps, with the primary camera.

Here is the list of all the updates that have been released for the Verizon LG Wing smartphone. Note that we will keep updating this post once a new software update is live for the device. So, we would advise you to keep on checking this post for the latest updated information.

How To Check For Software Updates?

Note that all the official software updates are pushed via OTA in batches. This means that not all the phones will pick up the updates on time. There might be a delay depending on the region. If you wish to check whether a new update is available for your phone or not, follow the steps below to manually check for the software updates on your Verizon LG Wing.

If a new update is available, then you can tap on the update notification to grab the latest available software update for your Verizon LG Wing smartphone.

So, there you have it from my side in this post. I hope you liked this post on the Verizon LG Wing software update tracker. Notably, all the latest updates will be added at the bottom of the update tracker table. So, check back often. In the meantime, for more such awesome coverage, you can head over to our check out our Windows Guides, Gaming Guides, Social Media Guides, iPhone, and Android Guides to read more. Make sure to subscribe to our YouTube Channel for awesome videos related to Android, iOS, and Gaming.