The Vivo Y7s is very similar to the Vivo S1 that was launched in Indonesia last year. The smartphone was launched in Chine Mainland only. The smartphone also features a triple camera setup on the back and an in-display fingerprint sensor. Key specifications of the Vivo Y7s include a MediaTek Helio P65 SoC, a 16-megapixel primary sensor on triple rear camera setup, and a 4,500mAh battery.

The device came out of the box with Android 9.0 Pie under Funtouch OS. However, it’s not a new case when some of the users haven’t received the latest firmware OTA update notification. Meanwhile, some of the Vivo Y7s owners also look for the stock ROM to install mostly. So, if you’re also one of them, you can check Vivo Y7s Software Update Tracker.

As mentioned, the firmware OTA updates always rollout in batches to region-wise which also depends on the server and carriers. So, it’s one of the common issues to not receive any OTA update notification. Therefore, some of the keen users may also miss out the important or much-awaited updates in some cases. Now, if you also feel the same and have a doubt in mind that you’ve missed out on any important update or you want to manually install the stock firmware on your Vivo Y7s model, then the update tracker list with the software update guide will help you a lot. 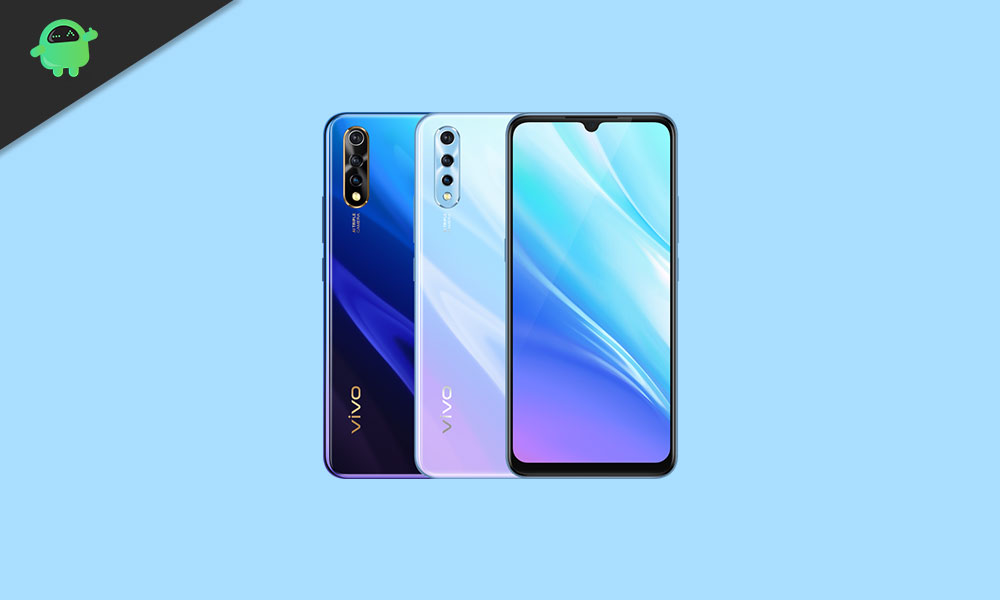 The Vivo Y7s smartphone offers a 6.38-inch Super AMOLED screen. it’s an in-display fingerprint scanner which is feasible due to the AMOLED display. The screen sports a facet ratio of 19:9 and a resolution of 2340×1080 pixels.

Under the hood, the phone comes powered by a 2.0GHz octa-core MediaTek Helio P65 processor with two Cortex-A75 units and 6 Cortex-A55. The handset packs 6GB of RAM and 128GB internal storage. there’s a microSD card slot on the phone using which the storage could also be expanded further by up to 256GB. Vivo Y7s runs on Android 9 Pie-based FunTouch OS.

Whenever a new official firmware update will be available for the Vivo Y7s model, we will keep updating the update tracker list here with the changelog and download links below.

How to Check Software Update on Vivo Y7s

Update Guide: How to Flash Vivo Firmware on your device [Software update guide]

Now, let’s assume that you’ve successfully upgraded your Vivo Y7s device to the latest software version. Facing any issue with the software update guide? Comment below.