Xbox One is a state of art gaming console designed by Microsoft Inc. The first Xbox was released around 2001. After that, the second generation came to be known as the Xbox 360, which was the most selling video game console of that time. Microsoft sold more than 84 million units of Xbox 360, that was the biggest hit of that time, and after that, there was no looking back.

The world of console gaming was rising as well as changing, so Microsoft always had to do something new in order to keep up with the competition. So with the introduction of the Xbox one, everything changed. The Xbox One had everything anyone would require for his gaming needs. It has the ability to run all games in ultra high quality as well as 4K. The Xbox One is a staggering model of console. But with all the pops and whistles, something terrible has to come. And that was the Green Screen of Death. Xbox One has to deal with this Green Screen of Death most of the time with the addition of new games. So if you are here, it means that you have run into the same problem. But don’t panic. We have all the fixes ready for you. So let’s get started. 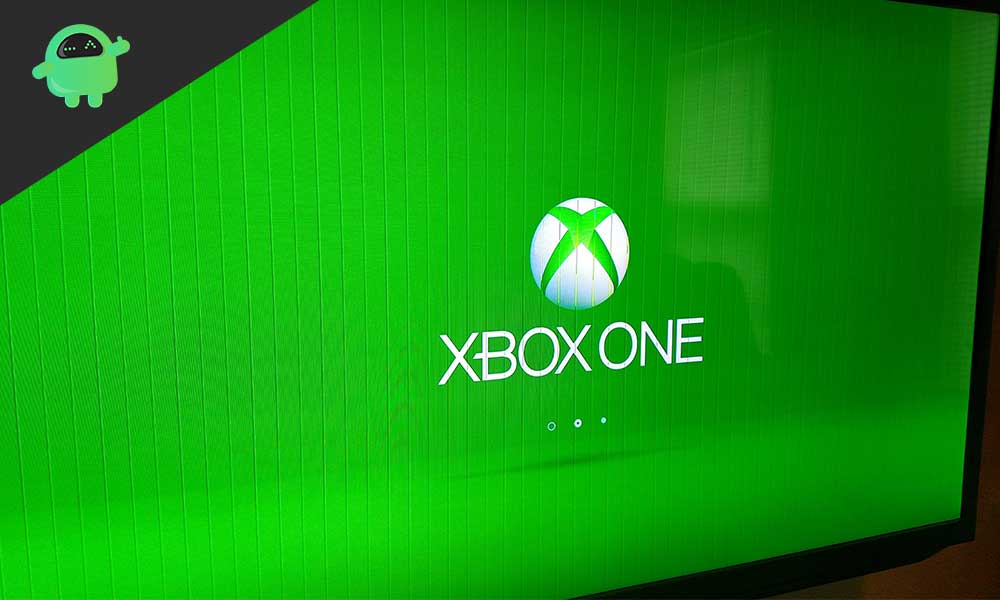 What Causes the Green Screen of Death on Xbox One?

The Green Screen of Death is not a small issue to handle. It has many other problems, along with ruining your gaming experience. All the downloaded games and updates will get deleted if proper care is not taken. You may also end up with a bricked console. So first understand what causes the Green Screen of Death. The leading causes of GSoD are mentioned below:

So now you know what can cause the Green Screen of Death. So why waiting, let’s get to the fixes as fast as possible.

How to Fix Xbox One Stuck on Green Screen of Death?

Now, we have some solutions and fixes that will help you come out of the Green Screen of Death and probably save your console from such vulnerability. Also, you won’t have to lose any games during the following of these steps.

Fix 1: Hard Reset your Xbox One

This is the easiest way to recover your Xbox One from the Green Screen of Death. It will force restart the device and will solve all the problems that you’re experiencing. Follow the steps below to hard reset.

When the system reboots, you won’t see the Green Screen again. But if your issue is not fixed, move on to the next Fix.

Fix 2: Update your Xbox One

If the firmware of your Xbox One is outdated, it may give the Green Screen error. To tackle this, follow the below steps.

Now play the game you want. We are sure you won’t be troubled by the Green Screen of Death anymore. But still, somehow you face the problem, we have got more for you.

As we all know, Restoring the Factory Default file cures and fixes everything wrong on a device. The same thing applies here too. If you’re ready for a Factory Update, head on to the steps below.

After performing each and every step carefully, we are sure you won’t run into the Green Screen of Death again. But wait, we still have a Bonus Fix as always.

If, by chance, any of the above methods didn’t work right with you, this bonus fix will do the trick. To perform a Factory Reset of your Xbox One, follow the steps below and you will be fine.

Now you will surely not see the Green Screen of Death Again. Enjoy Gaming

This was a troubleshooting guide to help out folks with the Green Screen of Death error on their Xbox One gaming console. If you have followed each and every step discussed, we are sure that you won’t face the Green Screen issue again.

I hope this troubleshooting guide will help you with your Xbox One device. If you have any queries or feedback, please leave a comment down below with your name and email. We will then surely get back to you. Before rounding off, do check out our detailed iPhone Tips and Tricks, PC tips and tricks, Games Tips and Tricks, and Android Tips and Tricks as well.