Yu Gi Oh Master Duel was launched last year that brings back our childhood days. Most of us are already familiar with the Yu Gi Oh card game, and in the pandemic, most people used to play the game with handmade cards. Konami has released this game digitally as an officially trading card game free to play across all platforms. It has many modes like card stories, challenge, Dual-mode, etc.

There are over a thousand cards available in the Yu Gi Oh Master Duel game that you can earn from playing the different modes of the game or buying from the in-app store. Whenever you start the game, you have to choose one deck and the other after completing the game mission. But the most confusing part is which cards are best to play the game and increase the player ranking. Here are details for Yu Gi Oh Master duel for some best deck to build in 2022. 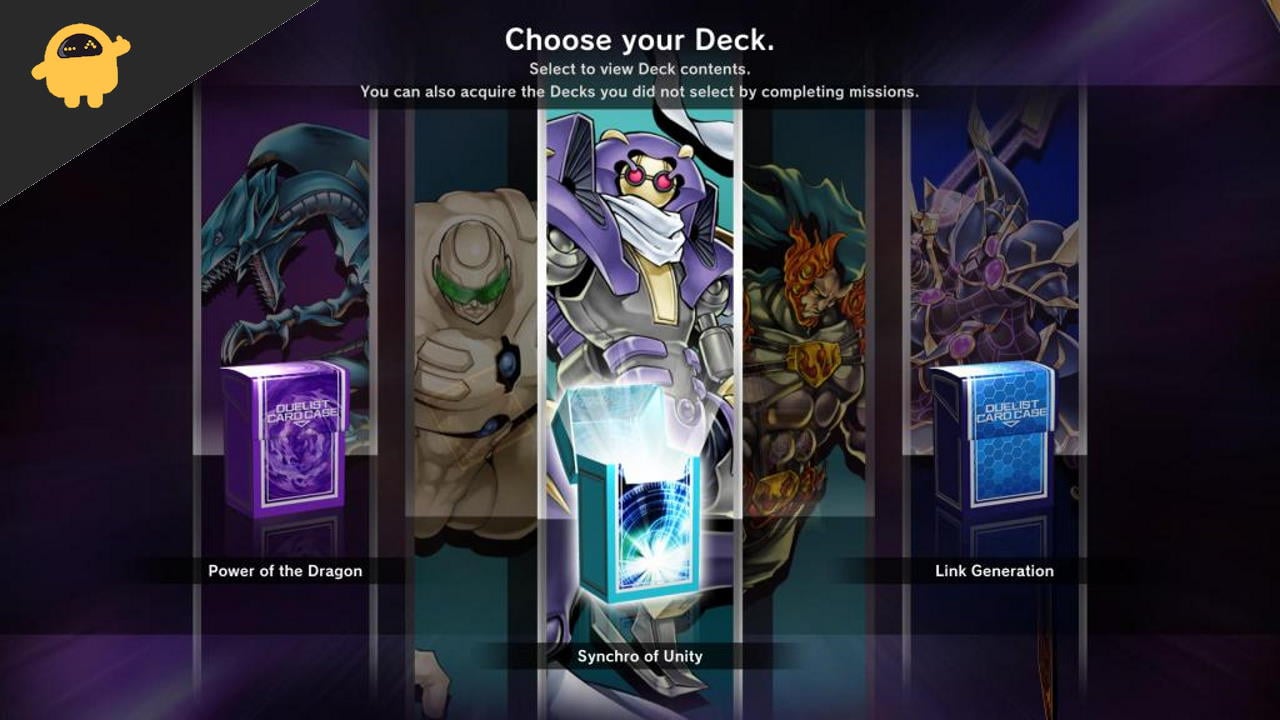 The easiest way to collect cards is by completing game missions, defeating other players, and participating in ongoing events. On the other hand, you will earn Gems as a reward whenever you complete tasks or levels. The Gems are used as game currency to purchase cards to enhance the character or get powerful characters. Also, you can exchange the Gems in exchange for a booster pack that contains eight cards, and after purchasing ten booster packs, you will earn one super are card or the higher version of characters.

The Yu Gi Oh Master duel is a traditional card game, and cards are equally dependent on a team. Therefore, you have to build the card deck and make the strategy to win from your opponent. The game cards are used to decrease the life point of your opponent, and it is a collection of monster, spell, and trap cards. Naturally, the deck of your favourite cards depends on your skill, but here we make a list of the best deck to build in 2022 that gives you strength and can easily defeat the opponent. 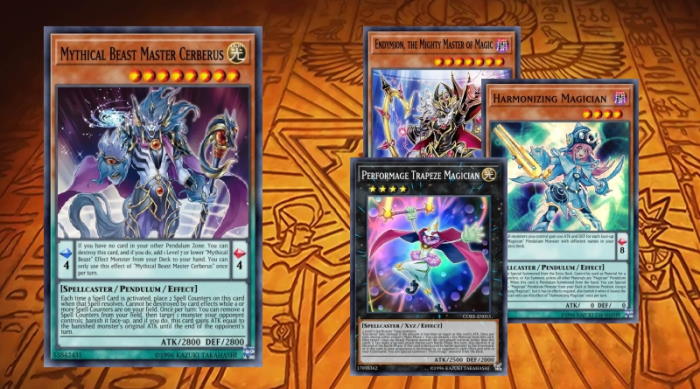 Pendulum deck is the latest addition in this segment and one of the favourites of the top-rated players. It allows the player to play the card as a monster and spell, and the deck is built around Heavymetalfoes Electrumite deck master. It means you can summon a pendulum card from the extra deck that is hard to counter by the opponent. 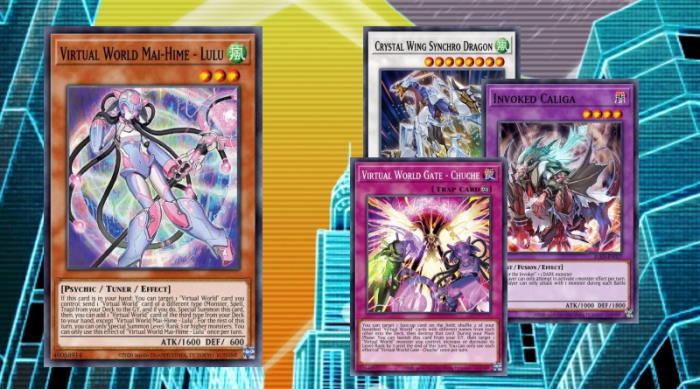 It is one of the all-time favourite deck for every player in Yu Gi Oh Mater dual. This deck is used for eliminating the monster card from the graveyard. The master card Kyubi- shenshen is one of the most powerful cards that can perform tricks and it will be special summoned from the graveyard to banish and eliminate enemy monsters. Some of the other cards in the world deck are kirin-lily and Roshi Loaloa, known for fighting with opponents with a vast army. The opponent gets surprised and confused to fighting with a massive number of threats. 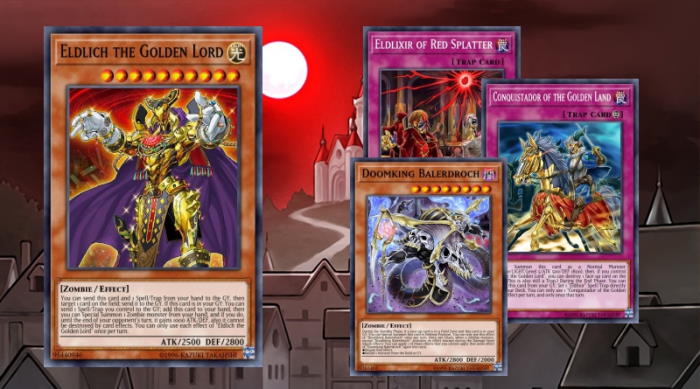 Eldlich is a well-known and the most expensive deck in the Yu Gi Oh, and the reason behind its power is Traps with Zombies, and it’s very tough to beat. Also, it has many Eldixir spells that summons the zombies. However, if you play the Eldtich and Golder lord with a calling spell, then the whole war field is full with an army of Zombies. Not only this, but the Eldlich deck also has many defence spells to protect your game plan. That gives you time to rethink and build power with traps quickly. 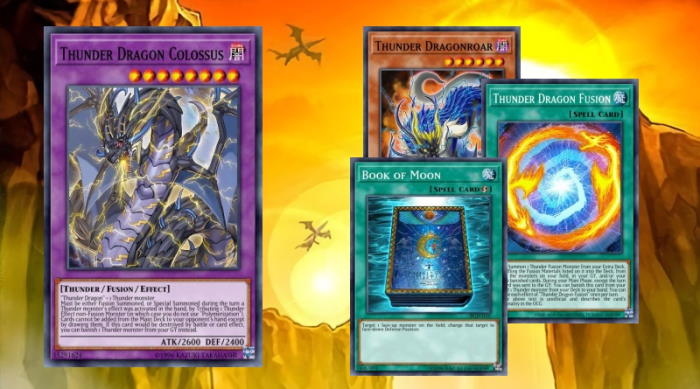 It is one of the easiest deck cards due to when the Thunder Dragon will trigger various effects when it is discarded. Most of the users like to draw a lot of cards that confuse the opponent. Also, you can use Thunder Dragon Colossus in a traditional way to fusion in your army. Moreover, there is no trap card available in the Thunder Dragon deck. But you can use the Allure of darkness and Chaos, and space will eliminate all types of monsters with their effect. 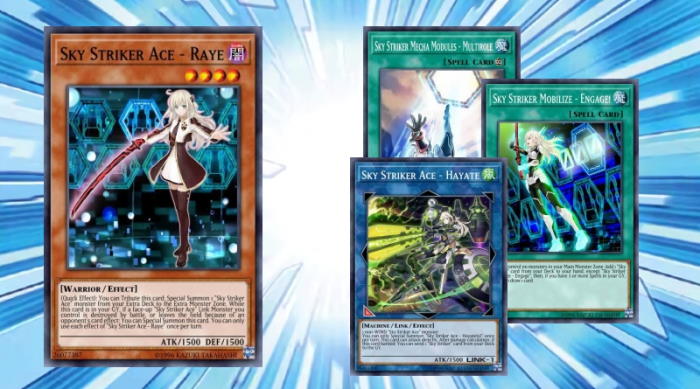 Sky Striker deck allows you to use any other sky striker card in a spell. The master card Sky Striker Ace- Kargi is used as recycling the other important spell in the challenging moments in the game. This deck has many different monsters and spell cards like Mecha, Maneuver, Airspace, etc. The Sky Striker deck USP is if the main monsters are falling off. Then you can use Sky Striker Mecha – Shark Cannon to use any of the monsters from the opponent deck and put it on their graveyard to protect your army. 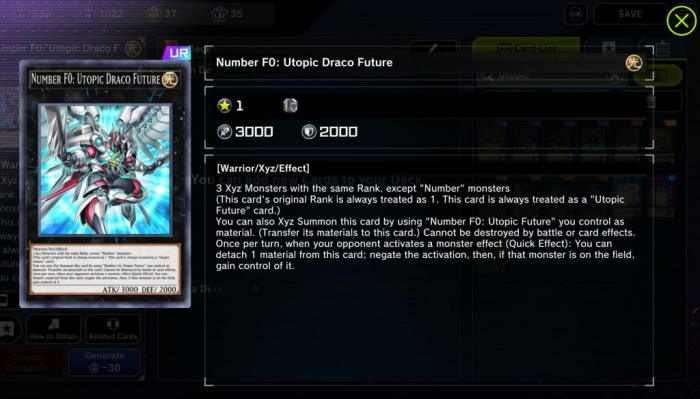 One of the most unique but powerful deck in Yu Gi Oh 2022 is Drytron Fairies, built around a Powerful game mechanic – Ritual Summon. If you like to play the game with combos and eliminate monsters, then try Drytron Fairies in your deck. Also, you can defeat your opponent within three turns. Like on turn one, play the Herald of Ultimateness, then put the Drytrons on turn two and, after that, summon Zeus on the third turn. It has a continuous combo flow that doesn’t let your opponent time to think. 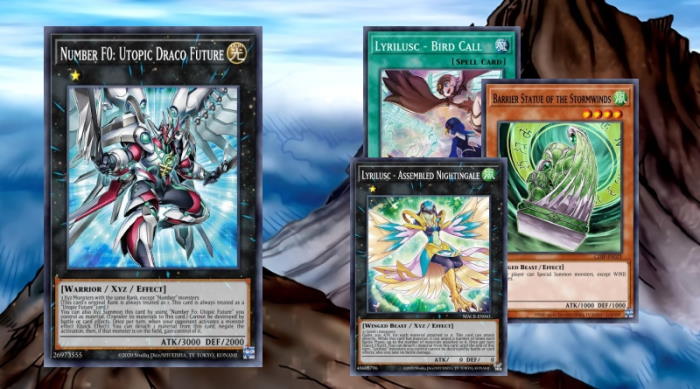 It is one of the underestimated cards in your deck due to its high risk but more rewarded. Tri-Brigade Lyrilusc has a variety of flavours, from the zodiac to Bird up. Some of us, also known as it, are all or nothing combo decks. It also features some of the best monsters in the entire game; however, it combines Lyrilus monsters that seek other same-level monsters to fill up the deck. If you want to play out of the box and like to gamble then you must try Tri-Brigade Lyrilusc once.

The list is huge but these are the best Yu Gi Oh Master Duel Deck available to play in 2022. With these decks, you can make a strong strategy to defeat your opponents. But the game depends on the player to player because the best card is not the saviour all the time as every player has their own way to play the game.