Android 12 is now the latest operating system by Google that runs on eligible Pixel other non-Pixel Android devices too respective to the OEMs. Although Android 12 comes with a bunch of features and improvements than its predecessor Android 11, it seems that some Android 12 users are facing the VPN Not Working Issue on their devices which is quite unfortunate. Now, if you’re also facing the same issue, you can check out this troubleshooting guide.

Issues with VPN include unable to connect to a VPN, slow VPN server speed, frequent disconnections, etc. VPN stands for Virtual Private Network that basically extends a private network across a public network and enables a secured tunnel for the users to send and receive data across shared or public networks just like assuming connected to the private network. VPN protects against data theft, online monitoring, data sniffing, etc. 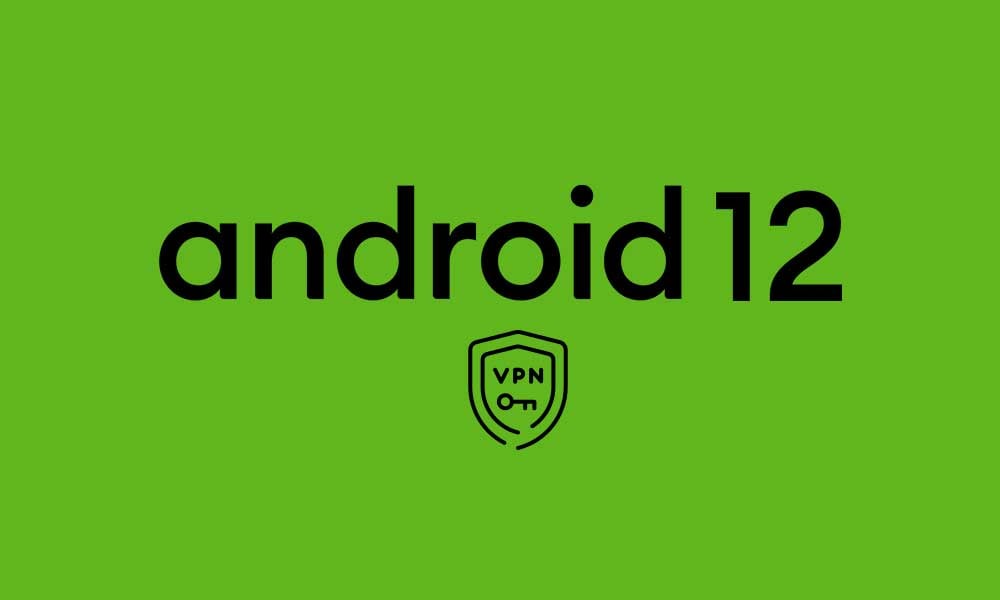 Here we’ve shared a couple of possible troubleshooting methods that should gonna help you out. So, without wasting any more time, let’s jump into it.

1. Check if the VPN connection is turned on

The first thing you can do is simply turn on the VPN service by opening the respective VPN app on your Android 12 device and connecting to a region server to start using it. Make sure to turn on Wi-Fi or mobile data whatever you use. Sometimes users forget to enable the VPN service and start roaming for a fix.

2. Delete Cache and Data of the VPN app

The second thing you can do is to delete the cache and data of the VPN app on your Android 12 device to refresh the system glitch. It’s worth mentioning that a corrupted app cache or data can cause issues with the VPN connectivity. To do so:

Is There Fix: VoLTE and VoWiFi Not Working After Android 12 Update

4. Uninstall and Reinstall the VPN app

If you’re still unable to fix the VPN not working on your Android 12 device then make sure to uninstall and reinstall the VPN app. You can follow the steps below to do so:

Otherwise, you can do the following steps as an alternative one.

Must Read: Battery Not Charging Beyond 80% After Android 12 Update, Is there a fix?

Some latest Android devices do offer a smart switch feature by default that automatically switches between mobile data and Wi-Fi seamlessly without any kind of connectivity interference if any of the network connection is slow or don’t have internet access. So, it’s always better to turn off this feature manually if you’re facing issues with the Android 12 VPN Not Working. To do so:

If in case, your Android 12 device has some issues with the networking settings then it may cause several issues whatsoever. Make sure to reset network settings to the factory defaults. To do so:

7. Check VPN compatibility with your Browser

It may also be possible that your mobile browser application doesn’t support the specific VPN app that you’re using. So, it’s always better to check the app’s compatibility with the browser before jumping to any conclusion. However, most of the popular browsers do support almost all app VPN apps or services like Google Chrome, Firefox, Opera, etc.

But some of the apps may not support VPN apps due to development support or usage terms. It’s recommended to check for the browser app update and install the latest version to avoid multiple bugs or compatibility issues.

8. Delete other VPN apps and Profiles

Well, having multiple numbers of VPN apps installed on your Android 12 device may cause app conflicts or connectivity issues whatsoever. could cause conflict and result in connection problems with your VPN app. So, if you’ve more than one VPN app installed on your phone then just uninstall other VPN apps and their user profiles from your device. Just keep one VPN app that works best for you or one you’ve paid for. To do this:

Alternatively, you can also remove the VPN profiles from your device which are saved. To do so:

Otherwise, go to the device Settings menu > Tap on Battery > Turn off the Battery saver toggle.

Make sure to disable the battery optimization for the VPN app that you’re using or facing issues with the connectivity.

Some public Wi-Fi routers or connections may have restricted access and might not support VPN services such as schools, colleges, offices, etc. In that scenario, you should use another Wi-Fi network or mobile data to access your online content using VPN services. But if you’re using a private Wi-Fi network or have your own connection then make sure to contact ISP for further assistance.