Apex Legends Mobile is finally released as a strategic battle royale shooter video game for both Android and iOS platforms. The game was in beta testing the last year and Electronic Arts made it official a couple of days ago. Apex Legends Mobile becomes the most downloaded game on iOS in multiple countries which creates a record. However, plenty of players are facing the Apex Legends Mobile High Ping Usage issue while connecting it.

If you’re also facing the same issue then don’t worry because here we’ve shared a couple of possible workarounds for you that should gonna help a lot. For the newly released and popular video games, it’s quite common to encounter crashes or lags, or high ping issues no matter which device you’re using. The server connectivity issue or high ping usage issue even becomes more persistent when it comes to the online battle royale video game. 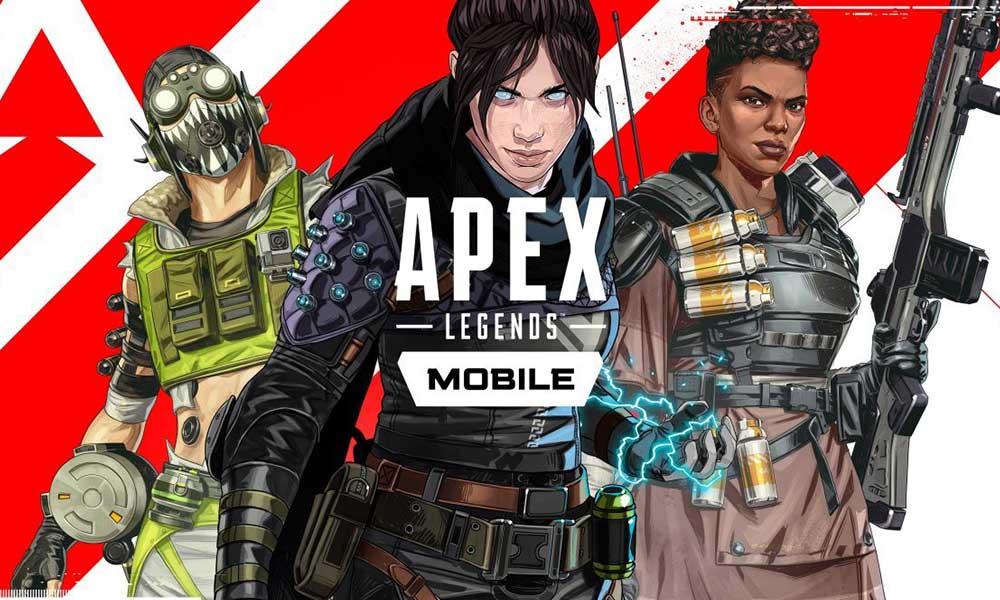 Well, no one likes to encounter a high ping delay in connecting with the game server or during matchmaking. However, there is no actually nothing to do to completely fix this issue. But you can obviously reduce the high ping delay issue with your battle royale game for sure. Such an issue may appear due to the internet network speed or stability at your end. Additionally, issues with the respective IP address from your ISP can also conflict with the game server.

While the outdated game version, outdated system software, other background running services on the device, antivirus protection, etc can trigger the high ping delay issue whatsoever. Now, without wasting any more time, let’s jump into the guide below.

It’s highly recommended to check for the Apex Legends Server Status to ensure there is no issue with the game server. Sometimes issues with the server downtime or outage can trigger the connectivity conflicts and throw out high ping delay. You can also follow the official Apex Legends Twitter handle to cross-check the issue. If there is a server downtime or outage present then make sure to wait for a couple of hours and try again later.

We’ll also suggest our readers check the internet connection properly by playing any other online game or streaming content because a poor internet network and stability can eventually occur server connectivity issues. You can also try switching the wired (ethernet) connection to wireless (Wi-Fi) connection or vice versa to ensure if there is an issue or not.

Make sure to check for the latest game update on your device and install it to get all the new features apart from bug fixes. An outdated game version may trigger some issues due to the lack of stability. Even though Apex Legends Mobile’s stable version has been released, the game is quite new in the market. Therefore, developers will take a few more weeks or so to provide much better improvements than the beta testing that they’ve done previously.

If in case, you’re trying to play Apex Legends Mobile on your Android device then try clearing the app cache data and the storage data from the settings menu of the game application to refresh glitches. Sometimes an outdated or corrupted app cache data can also cause several issues whatsoever.

The chances are also high that the startup crashing issue with the Apex Legends Mobile game on your mobile device is happening because the game is already running in the background. In that scenario, you can manually perform a force stop of the app and relaunch the game application to check if that fixes the issue or not. To do this:

Note: You can close the game and reboot the iPhone to do this method easily. There is nothing extra to perform.

You should also try performing a force reboot on your mobile device to cross-check if the problem is still appearing to you or not. A temporary system glitch can also cause such an issue that can be fixed by a system reboot. To do so:

7. Don’t Use VPN or Proxy Servers

Try not to use any VPN (Virtual Private Network) or Proxy Servers on your handset because it may trigger multiple issues with the server connectivity. Though VPN services may help in some scenarios, it’s not recommended to use while launching or playing any battle royale video game because it can easily increase the latency.

It’s highly recommended to temporarily turn on the Airplane Mode on your handset from the shortcut menu or control menu to disconnect all connectivity then turn it off. By doing so, you can easily refresh the connectivity functions on your device. It can help a lot.

If you’re having issues with the Wi-Fi connection then make sure to use a mobile data or hotspot to check for the issue. Though the mobile data isn’t suitable for online battle royale gaming in most cases, plenty of mobile gamers prefer to do so.

11. Wait for the Patch Update

If none of the methods worked for you then make sure to wait for the patch update by the game developers to fix the issue. Make sure to visit the Apex Legends Twitter handle and tweet your issue directly with screenshots. The support team should respond to you quickly and investigate it.