If you want to install any Custom ROM for Google Pixel 3a device then this guide is for you. Here we will share a complete list of all the compatible Custom ROMs for Google Pixel 3a model. Using an Android OS is quite simple and fun to gather experience. While if you’re a developer, due to the AOSP nature of OS, it’s also easy to build any Custom ROM based on kernel source. The Custom ROM offers too many customizations and functionalities to the system so that the user can get a better experience. You can’t really get that many features on a Stock ROM by any smartphone OEMs. However, due to the continuous development process, third-party firmware may contain bugs or may be unstable.

In case, you are getting bored with the stock UI and want to get a taste of the new Custom ROM with lots of features, installing third-party firmware can fulfill your demands possibly. Here in this article, we will share with you the details of Stock ROM, Custom ROM, and a list of best Custom ROMs as well.

The Pixel 3a comes with a 5.6-inch OLED Full-HD+ display. It’s powered by the octa-core Qualcomm Snapdragon 670 SoC coupled with 4GB of RAM and 64GB of internal storage. However, there is no external storage expandability option available in this device. The Pixel 3a device offers a single Nano-SIM (3G/4G) slot but it also offers the dual-SIM option via an E-SIM. You will get benefitted completely if your region carrier supports the E-SIM feature. 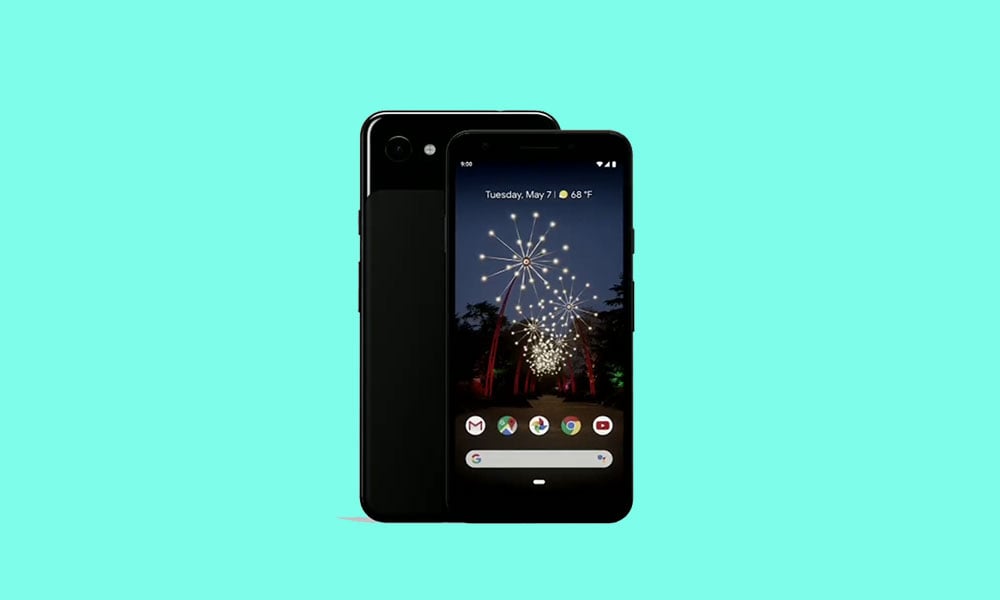 The handset runs on the latest stock Android Pie UI and it’s also eligible to get the Android Q Beta update as well officially. It’s worth mentioning that due to the Google product, Pixel series devices get official major Android updates and security patch updates at first. Google will release the Android Q Stable official update in a couple of months and this device will receive the update as well.

The handset features a 12.2MP primary camera with a Sony IMX363 sensor. While at the front, it has a single 8MP selfie shooter. Google Camera also features Night Sight, Portrait, Google Lens, Super Res Zoom, and more. The Pixel 3a packs a 3,000 mAh battery with an 18W Type-C fast charger.

Before going to the installation and download part, take a look at the difference between Custom ROM and Stock ROM at first.

When you purchase a brand new Android device, it comes with a “Stock ROM” preloaded. It’s also known as the “Stock Firmware”. The smartphone manufacturer defines limited features and options to the system. It doesn’t come with too many functionalities which makes it more stable and fluid. The official software updates keep it more secure and up-to-date. However, you really can’t the system interface freely in a Stock Firmware. It requires system permissions and root access. In this case, you will require a Custom ROM.

Due to the Android’s, open-source platform developers can build their own operating system images for Android phones and tablets with customizations. This is known as Custom ROM or Custom Firmware. You can also call it third-party firmware. Custom ROM replaces your Stock Android OS which comes with your smartphone or tablet. It does have a kernel source so that the developers can include or customize any app or feature easily. Most of the Custom Firmware comes with no-bloatware and almost relates to the Stock UI but is fully customizable. Even by rooting your device, you can do a lot of things on your Custom ROM.

Though most of the time there are some bugs available in a Custom ROM which can be fixed by developers. But due to a lot of customizations or tweaks, bugs arise again after a few updates.

List of Best Custom ROM for Google Pixel 3a

If you have already installed the TWRP Recovery on your Google Pixel 3a, then you can try some of the best Custom ROMs available in the market currently. Though, as we mentioned earlier, most of the Custom ROMs are buggy and unstable. You can try it for once but you can’t use it as your daily driver. However, it really depends on you whether to use a Custom ROM for long or not. Let’s take a look.

Lineage OS is one of the best custom ROM for any Android smartphone. Lineage ROM for Google Pixel 3a comes with a lot of features such as Customizable Status bar, Theme, Resizing Nav bar, Nav Bar color, and customization, Quick Toggle feature, and more other features.

You can follow the link to Install Lineage OS for Google Pixel 3a device.

That’s it! I hope you have installed the Custom ROM for Google Pixel 3a. Leave a comment or feedback down below. Thank you!.

Want to revert back to Stock ROM, Check out this tutorial on How to Install Stock ROM on Google Pixel 3a