OnePlus 5T (codename: dumpling) launched in November 2017. The phone came out of the box with Android 7.1.1 Nougat and later upgrade to Android 8.0 Oreo. Do you want to Install any Custom ROM for OnePlus 5T device? then you are at the right place. Here we will list all the Custom ROM for OnePlus 5T. If you have a OnePlus 5T device, then you may be knowing that this device runs on Android OS. Well, the biggest advantage of Android is that it is an open-source project. This allows every community to develop and Customize ROM for their phone.

Talking about the specifications, the OnePlus 5T features a 6.0-inches display with a screen resolution of 1080 x 2160 pixels with Corning Gorilla Glass 5 protection. The smartphone is powered by a Qualcomm Snapdragon 835 processor coupled with 6/8GB of RAM. The phone packs 64/128GB of internal memory. The camera on the OnePlus 5T comes with a Dual 20MP + 20MP and 16MP front shooting camera. It is backed by a Non-removable Li-Po 3500 mAh battery with Fast battery charging (Dash Charge). It also has a Fingerprint sensor in the back. In this guide, we will show you which are the best custom ROM for OnePlus 5T available now. 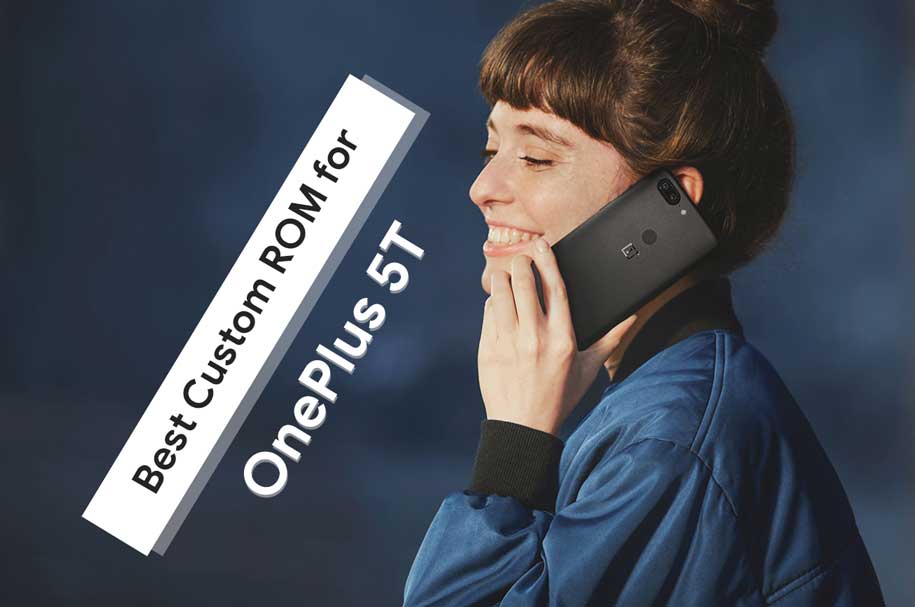 If you have TWRP, then you can simply flash one of the best custom ROM for OnePlus 5T here. As we said, there are many custom ROM out there to choose from. Not every Custom ROM are mean to be stable to use as a daily driver. You can read the description and the features that come with the custom ROM given below for OnePlus 5T devices.

You can follow the link to Install Lineage OS for OnePlus 5T device.

As the name suggests, ROM brings the real Google Pixel Experience on OnePlus 5T. It has all the features and applications which comes out of the box with Google Pixel smartphone. Now you can experience the real Pixel Smartphone with this ROM. With this ROM, you can enjoy

AOKP is known by everyone as Android Open Kang Project, is an open-source replacement distribution for smartphones and tablet computers based on the Android mobile operating system. The name is a play on the word kang (slang for stolen code) and AOSP (Android Open Source Project). The name was a joke, but it stuck.

Liquid Remix ROM is an open source built from scratch and developed by the essence of adding many features from all the best ROMs out there. Finally, the developer released Liquid Remix Oreo which is based on Android 8.1 Oreo.

AOSiP OS stands for Android Open Source illusion Project.  It is a quality custom ROM based purely on Google AOSP source since 6.0 release. Twisted with the latest features and blended with stability. We strive for perfection and it shows. Now you can experience the real Android Oreo with this ROM.

It is a new OS and it is a modified version of OxygenOS which includes little more customization and features. FreedomOS for OnePlus 5T comes with Viper4Android, RRO Layer(Theming Android), Options to Install/Uninstall both Google and System Apps, DPI Changer, Root with SuperSU app, Adaway, Dash charge, and more. Today I will guide you on How to install FreedomOS 1.3 On OnePlus 5T. So please read the steps below carefully on How to install FreedomOS 1.3 On OnePlus 5T. This is a Custom ROM for the OnePlus 5T with a lot of cool customization.

That’s it! I hope you have installed the Custom ROM for the OnePlus 5T. Leave a comment or feedback down below. Thank you!.

I hope this guide was helpful to find the Best Custom ROM for OnePlus 5T which is suitable for you.