The Redmi K20 series is Xiaomi’s budget flagship range. The Redmi K20 Pro is a fast smartphone and at no point did we notice any lag or stuttering when using it. Here we have listed the best Custom ROM for Xiaomi Redmi K20 Pro which you can install and use on your phone right now. These Custom ROMs are quite stable and official as well to run your device much smoother than the stock Android.

As we all know that Android is an open-source platform where a developer or smartphone OEMs can take all the source code from Google and build their own customized skin or ROM for any Android device. Android is known for its customizations and simplicity. People love to use Android devices due to the customizations and tweaks or flashing Custom ROMs or mods. There are several Custom ROMs available for the Xiaomi Redmi K20 Pro which will give more frequent updates, customizations, improved battery, and performance as well. 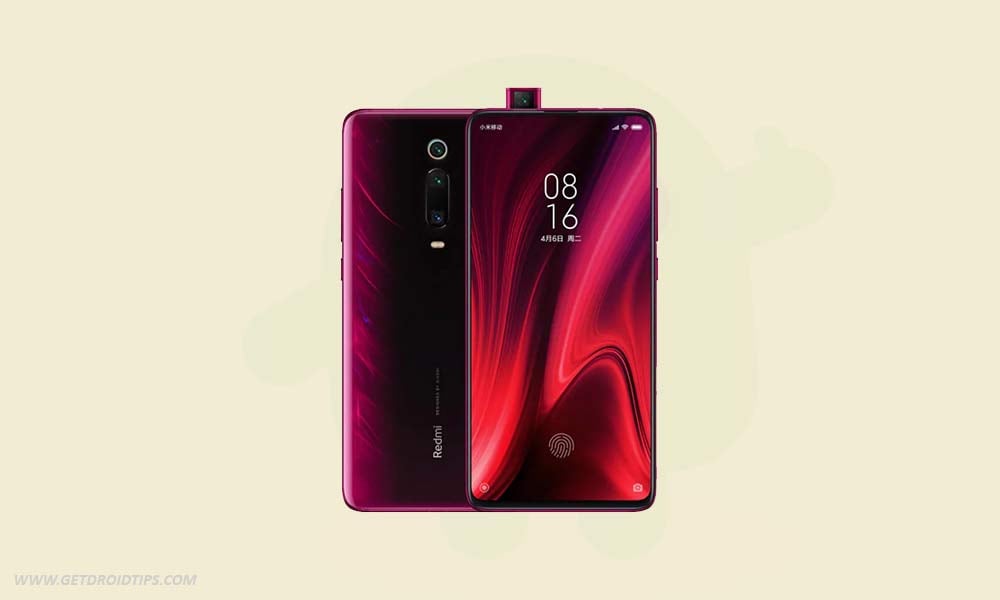 As mentioned above that Android is an open source platform and customization-friendly. The Custom ROM replaces your Stock Android Operating system (Stock ROM) which comes preloaded with your smartphone. It contains a kernel source code which makes it a fully stand-alone Operating System. Therefore, some of the customization loving developers customize the Android OS by removing all the bloatware and makes it a pure Android experience. It doesn’t come with any pre-installed applications or even Google Apps as well. You need to install these apps based on your preference.

The Custom ROM supports a lot of customizations of system, recent UI, navigation bar, lock screen, status bar, hardware key shortcuts, launcher, notifications, etc. If you can’t find any customization on a Custom ROM, you can even install the mod files as well. The developers always try to provide you better and stable performance, system smoothness, and longer battery life with each update.

AOSP is Android as Google publish without other modifications. More or less AOSP is the Pixel devices stock rom without gapps.

Lineage OS is one of the best custom ROM for any Android smartphone. Lineage ROM for Redmi K20 Pro comes with a lot of features such as Customizable Status bar, Theme, Resizing Nav bar, Nav Bar color, and customization, Quick Toggle feature, and more other features.

You can follow the link to Install Lineage OS for Redmi K20 Pro device.

As the name suggests, ROM brings the real Google Pixel Experience ROM on Redmi K20 Pro. It has all the features and applications which comes out of the box with Google Pixel smartphone. Now you can experience the real Pixel Smartphone with this ROM.

That’s it! I hope you have installed the Custom ROM for Xiaomi Redmi K20 Pro. Leave a comment or feedback down below. Thank you!.

Want to revert back to Stock ROM, Check out this tutorial on How to Install Stock ROM on Xiaomi Redmi K20 Pro

Xiaomi Redmi K20 Pro smartphone is an Octa-core Snapdragon 855 SoC that has up to 8 GB RAM. This phone has a 6.39-inch AMOLED display and comes with a complete bezel-less finish. This has a screen resolution of 1080 x 2340 pixels. A 6 GB RAM and an Adreno 640 GPU that handles heavy multitasking games too. It is equipped with a 4000 mAh Li-Polymer battery that keeps the entertainment going on for long hours. There is a triple rear camera set up having a 48 MP main lens, 13 MP super wide-angle sensor and an 8 MP telephoto lens. This also has a 20 MP front camera for the selfie freaks. This camera of this phone can record full HD videos at 30 fps speed. The phone houses a 64 GB non-expandable storage. It also has a wide range of connectivity options that include, Wi-Fi, Bluetooth v5.0, NFC, USB Type-C, 4G with VoLTE, GPS and Mobile Hotspot.