Have you been wanting to learn a new language or get better at one you already know and speak a little in? Well, this is absolutely the right guide for you. Read on to discover some of the best language learning apps that you can download on your Android or iOS devices!

Language has always been the number one barrier in communicating with a new group of people or individuals from different geographical backgrounds. While statistics say that most people everywhere are bilingual, sometimes that’s simply not enough. People have found themselves in awkward situations where they’ve felt the need to communicate in an entirely different language altogether many times. So, what’s the best solution?

While many people can justify and fulfill their requirements simply by using a translation app such as Google Translate, some others might not prefer relying heavily on broken translations. If you are a student going abroad to a completely different country or city, then your best bet would be to familiarize yourself with the language of the locals living there. And there’s no better way than making use of the best resource available to you – your smartphone. 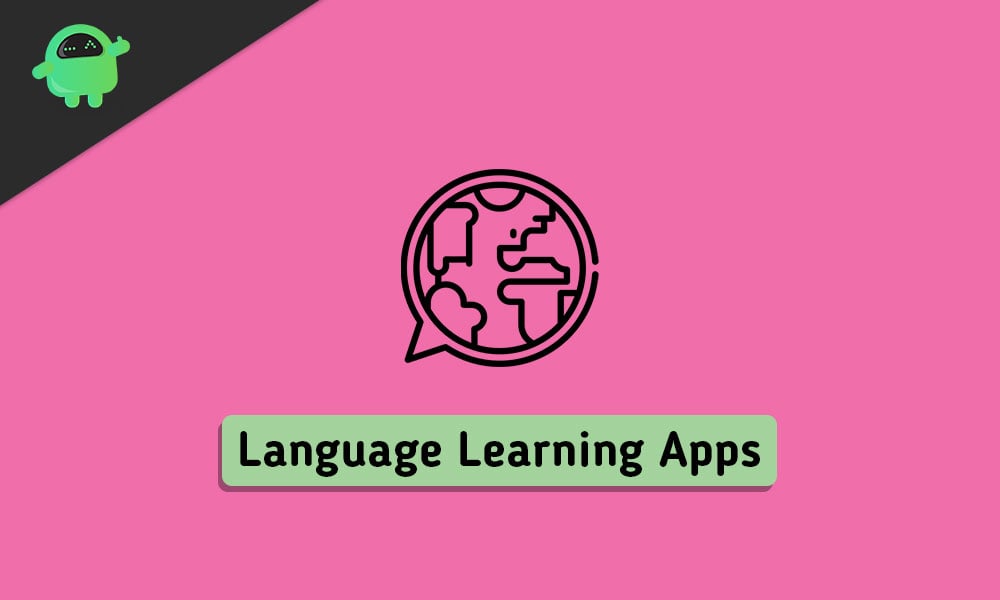 There are various apps available for both Android and iPhone that are geared towards teaching a new language to the users. Most of these apps follow a friendly manner and make use of tactful learning ways such as mini-games, quizzes, and rewards if you get the answers right. But both the Google Play Store and the Apple App Store are filled with hundreds of such apps that all promise the “best” experience. Worry not since we have taken the liberty in trying and testing out a few of them. Read on to find some of our cherrypicked language learning apps for Android as well as iOS devices!

Let’s kick the list off with probably the most popular and obvious language learning app of all time – Duolingo. You know it, you’ve seen memes circulating around it and there’s a reason for its widespread popularity and satisfactory responses. Duolingo has a very well designed user interface and also has one of the most effective ways of learning new languages. You simply pick the language you badly want to learn and you will receive new words every day and will also be quizzed on them periodically to ensure that you’ve gotten familiar with the words.

Easily the best part about using Duolingo is the fact that all the courses it offers are free. Admittedly, you will find yourself running out of the time limit more often than not, but you can truly learn any language you want without paying a single penny. Alternatively, you can upgrade to the premium subscription which has no time limit to your learning. You can download Duolingo for your Android or iOS device by following the link to the Google Play Store or Apple App Store page given below:

Up next is yet another popular language learning app called Memrise. Like its name might suggest, this is one of the best apps that help you not only learn new languages but retain them better in your memory. The way Memrise works is a bit different from most of the other language learning apps that you might find. Instead of just having a textual representation of new words and a computerized voice for pronunciation, you get actual native speakers of the said language and even visual aids of them speaking the words.

Not only does this significantly help in understanding how the pronunciation works first hand, but you also feel like you’re being tutored by someone real instead of an AI. There are various other fun ways that help you learn new languages within Memrise such as mini-games and quizzes. You can download Memrise for your Android or iOS device by following the link to the Google Play Store or Apple App Store page given below:

Pimsleur is one of the most unique apps that we’ve seen in a long that that helps you learn different languages. What’s so different about Pimsleur is its way of approach in teaching new languages to its users. Instead of teaching randomly picked words that only help with vocabulary, Pimsleur focusses on real-life conversational patterns and the kind of sentences you might come across if you were actually speaking to a native from a different place.

Many of the users that have used this app have claimed that this means of learning a new language has proved to be more effective and fun. What’s even better about Pimsleur is that it follows a scheduled 30-minute class every day. This might seem like a bit much, but since you will be learning with actual conversations instead of random words, the time will fly by rather quickly. To top it all off, the app is designed to be completely hands-free and thus focusses mostly on speaking and not reading. You can download Pimsleur for your Android or iOS device by following the link to the Google Play Store or Apple App Store page given below:

Coming up next on our list is Busuu – an award-winning app that assists you in learning the language of your dreams. Busuu has been downloaded over 100 million times on both Android and iOS and has a well-established community of native speakers as well as people who have just started learning new languages. The moment you first launch the app, you will be required to take a quick proficiency test. It is after this assessment that the app will pick the difficulty level that best suits your requirements.

Each course is meticulously crafted and has over 150 different lessons within it. Even if you end up requiring further assistance, you can simply ask the community where native speakers of that language will be more than glad to help you out. A study claims that only a day worth’s of using Busuu in total is just as effective as studying an entire semester in college. With bold claims like these, we think you will like Busuu as much as we did! You can download Busuu for your Android or iOS device by following the link to the Google Play Store or Apple App Store page given below:

Ending our list of some of the best language learning apps for Android and iOS, we have an app named Drops. For our last mention, we wanted to pick an option that offers the easiest and most minimal experience to its users. Drops only asks 5 minutes of your life every day, and while that might not seem like a lot of time, you will be surprised to see just how effective 5 minutes of concentrated learning is. You can learn the most common words in a language of your preference.

It is important to note that Drops does not claim to be a service that will get you from zero to being a native speaker. It is instead focussed on people who want to learn the basic vocabulary of another place. The way this app teaches you is also very intriguing. It makes use of visual aids and images to make sure that certain words that you might find forgetful are superimposed in your memory. You can download Drops for your Android or iOS device by following the link to the Google Play Store or Apple App Store page given below:

That’s all folks! We hope you enjoyed our roundup of some of the best language learning apps for Android and iOS devices! Which one among the list is your favorite, and how many of these language learning apps have you already known or have been using? Know other good Android or iOS apps to learn new languages that you feel people might find interesting? Do let us know in the comments section below, we’d be delighted to hear from you guys!