In this post, we will make you aware of all the weapons and items list in the Borderlands 2 game. This first-person shooter video game was released around eight years back, but there’s still no dent in its popularity. While the game is still set on the planet of Pandora, yet this is where the similarity ends. There are a plethora of new features, intriguing challenges, and mission sets. Alongside that, the game also beholds some side quests, both in single-player as well as in online cooperative gameplay. And that’s just the beginning.

There exists a plentitude of weapons and items in the game as well. Many users across the Reddit forum are looking for a comprehensive list on this subject. If you are also on the same page, then this guide shall help you out. Given below is the complete list of some of the most popular weapons and items list in the Borderlands 2 game. Furthermore, we have also mentioned their respective categories, the class to which they belong, their special powers, and their associated caveats, if any. So without further ado, let’s get on with the guide.

How to Fix Borderlands 2 Fatal Error 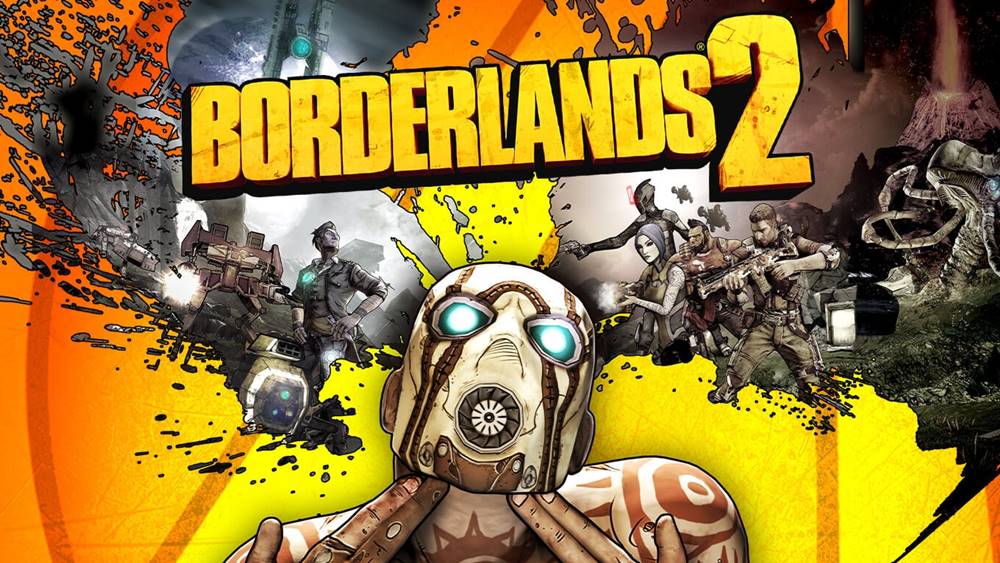 We will first make you aware of the categories of the weapons and the most common ones belonging to these categories. After this, we will list out the weapon manufacturers, their rarity, and some useful weapons that could prove to be the cutting edge in combats. Follow along.

Items in Borderland 2 are categorized as Common, Unique, and Legendary. Let’s check out each of them in detail

These items belong to the lowest rarity fields and belong to the non-exclusive and non-legendary class. Furthermore, they could be green, white, and blue plus they also come with their exotic variants.

Next up, are the Unique items that you could get a hold of after completion of challenging and intriguing tasks. These could include successfully completing a mission or defeating a particular enemy as well. As far as their feature set goes, their abilities are in sync with the mission you complete or the enemy through which you have been rewarded with the item. These items aren’t limited to a particular rarity, however, most of the unique items usually come with a blue one.

They don’t have that much level of restrictions placed upon themselves than compared with the Unique items. This statements could further be justified by the fact that they could spawn at any location and any time and they could be acquired from any of the possible loot sources.

Let’s now turn our attention to some of the most famous items in Borderlands 2. 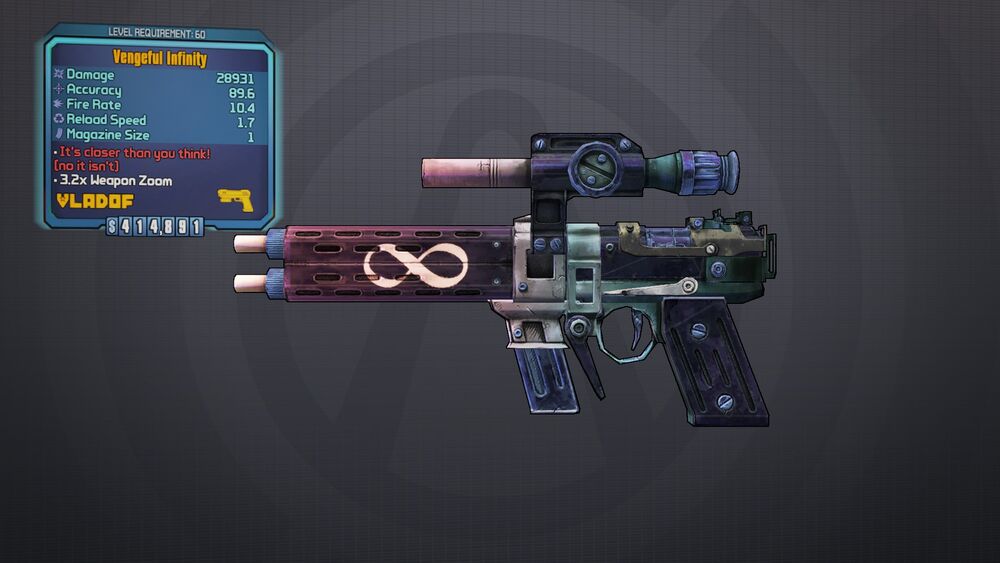 They belong to the Legendary class and are manufactured by Vladof. While there’s no specific source of their origin, but the probability of finding them in Doc Mercy located in Three Horns – Valley or the Gold Golem located in the Mines of Avarice. Likewise, the tubby enemies could also drop them during True Vault Hunter Mode. or you could also find them in Lt. Angvar which is located located in The Burrows. 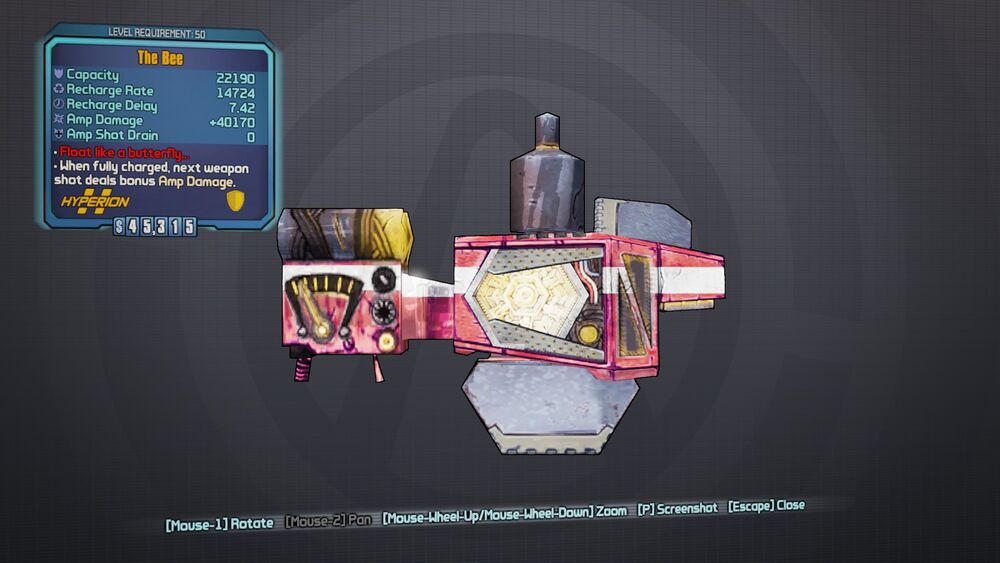 There’s an increased chance of finding them in Hunter Hellquist located in Arid Nexus – Boneyard, though there isn’t any fixed location as such. Likewise, they could also be dropped from Treants in the Forest or Tiny Tina’s Assault on Dragon Keep in some instances. belonging to the legendary class, they are manufactured by Hyperion. Plus they also have High amp damage and no amp drain. 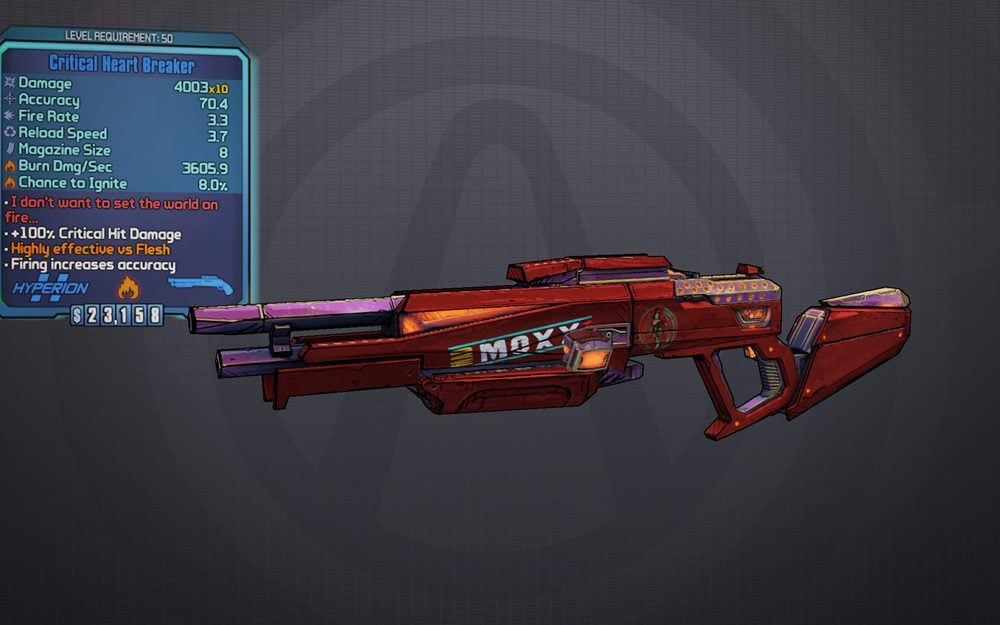 With a dual increased projectile count and fire rate, it offers a 50% critical hit damage bonus. Well, that’s not it. Along with that, it is also able to restore 2% of damage dealt as health. Belonging to the Unique category, then shotgun is made by Hyperion as well. 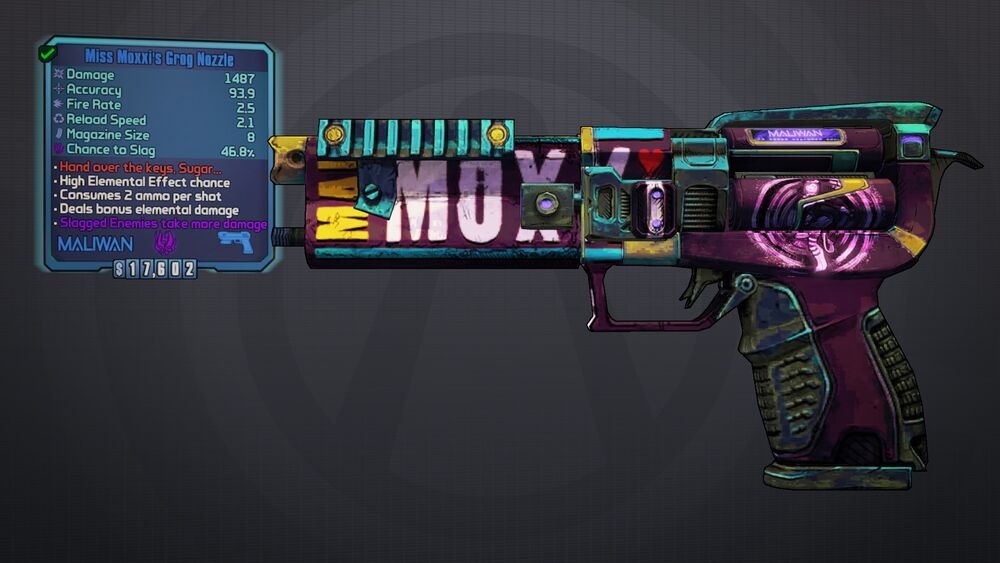 Similar to Heart Breaker, you could also find it in Tiny Tina’s Assault on Dragon Keep. More often than not, you will be able to get hold of it during The Beard Makes the Man Mission or the $100,000 Loot Hunt as well. it fires large bullets with +200% multiplicative critical hit damage. 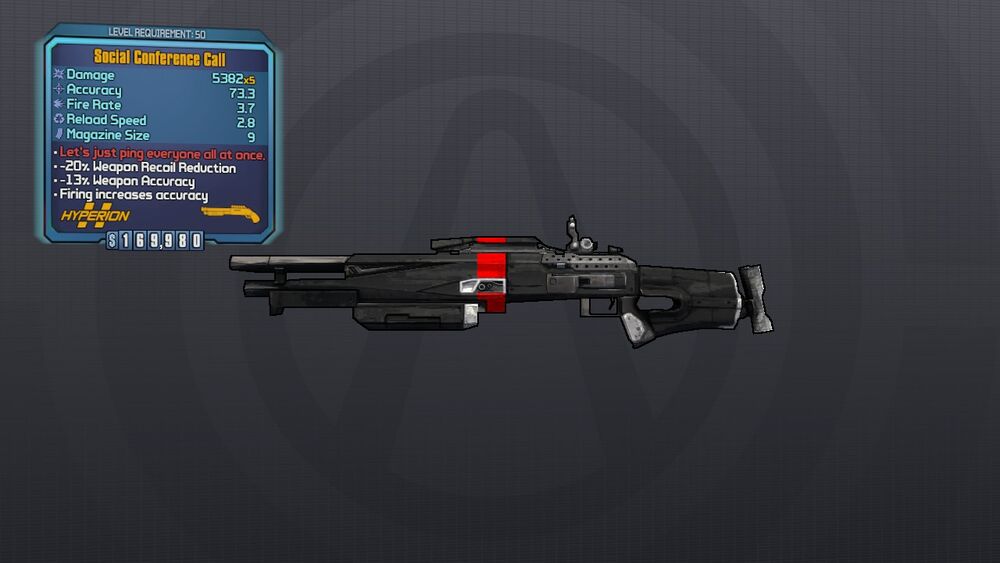 Again manufactured by Hyperion, it belongs to the legendary class. Similar to others, its source isn’t fixed, but usually has a high chance of finding it in drops from The Warrior located in Vault of the Warrior and the Handsome Sorcerer located in Dragon Keep. One of the biggest perks of this item is its ability to fire 5 projectiles per shot.

So these were some popular items in the Borderlands 2 game, let’s now turn our attention towards the weapon list.

There are eight weapon manufacturers on Pandora. Furthermore, based on the Rarity of weapons, you could place them under Common Weapons, Unique and Legendary Weapons, E-Tech, Seraph, Pearlescent, and Effervescent. Along the same lines, these weapons are categorized under six different sections. These include the Pistols, Submachine Guns, Shotguns, Assault Rifles, Sniper Rifles, and Rocket launchers. Let’s check out each of them below: 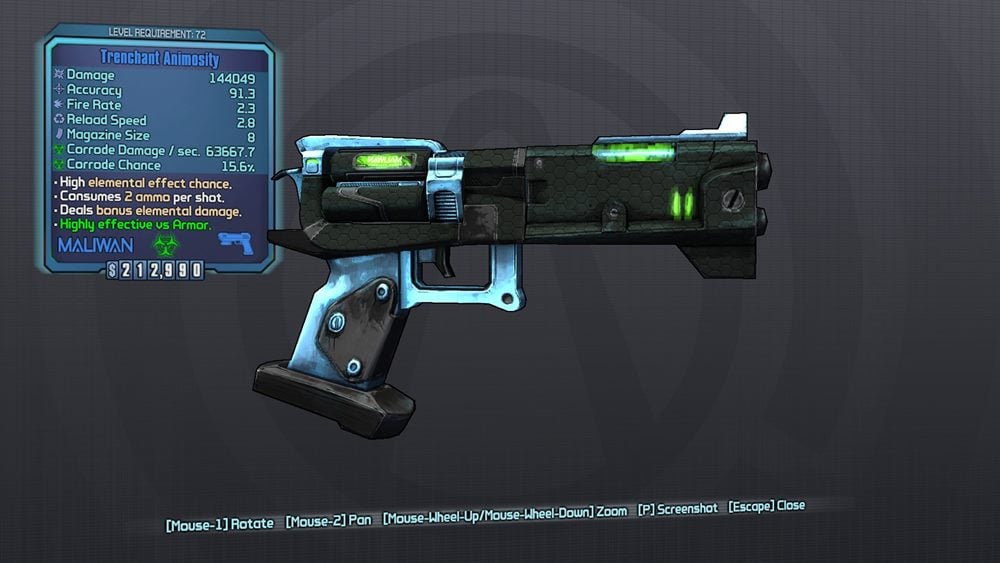 These weapons are mostly suitable for short and medium-range combats. They typically have a faster reload speed and a larger magazine, but at the same time, you might have to compromise on the accuracy front. 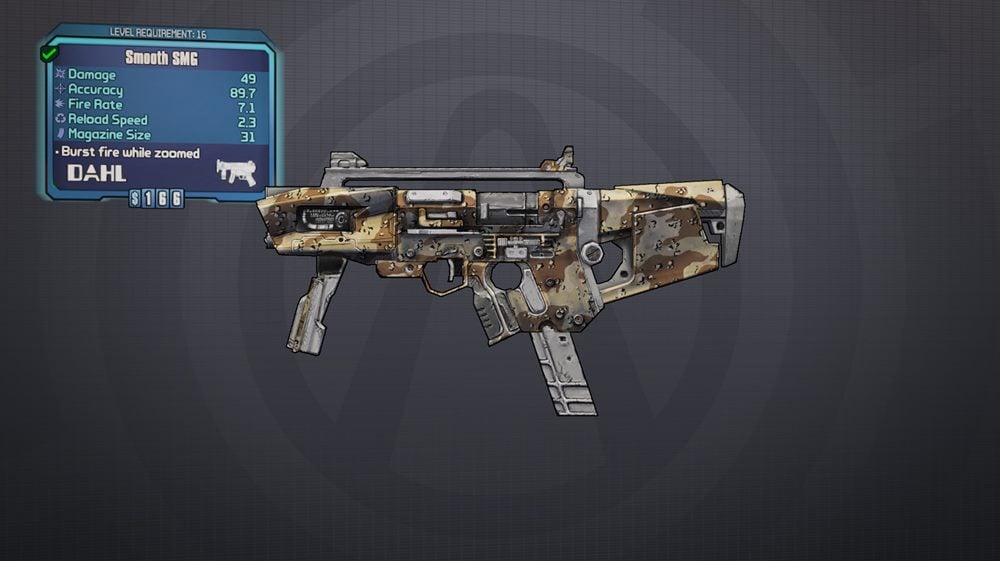 Next up are the Submachine guns that have a higher fire rate and a lower recoil. The former automatically translates to higher DPS, which in turn will lead to high capacity magazines. 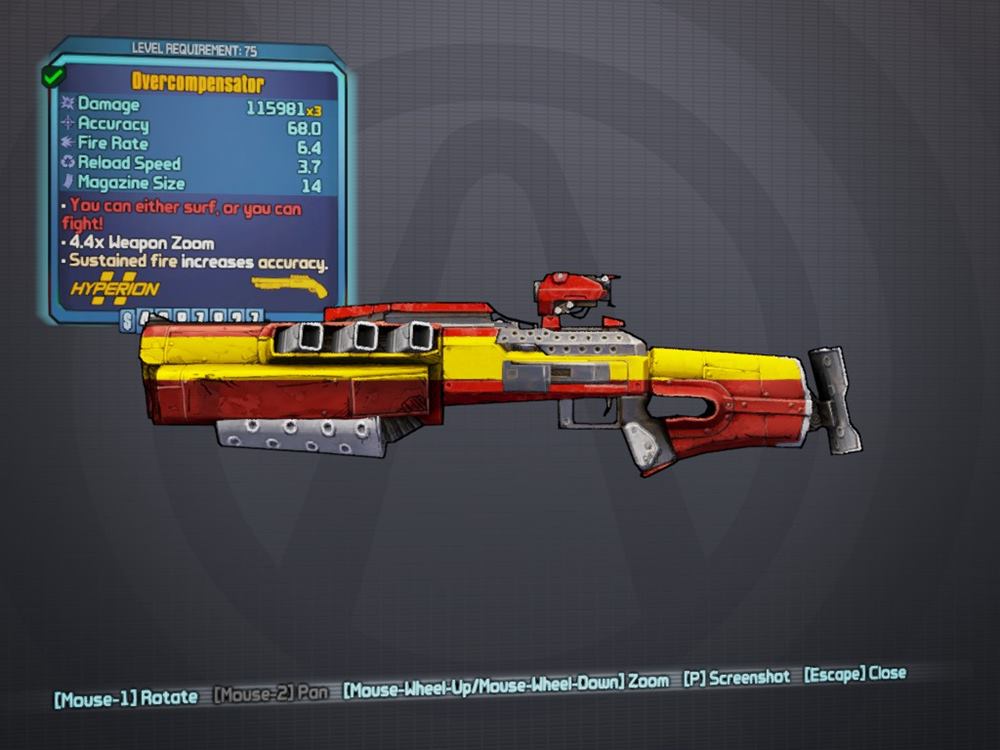 While they could fire multiple rounds, however, they tend to fall short on the accuracy meter. They further consist of single-barrel, multi-barrel, and fast-firing weapons each with its own sets of USB and caveats. Furthermore, these shotguns are most effective at close range only. 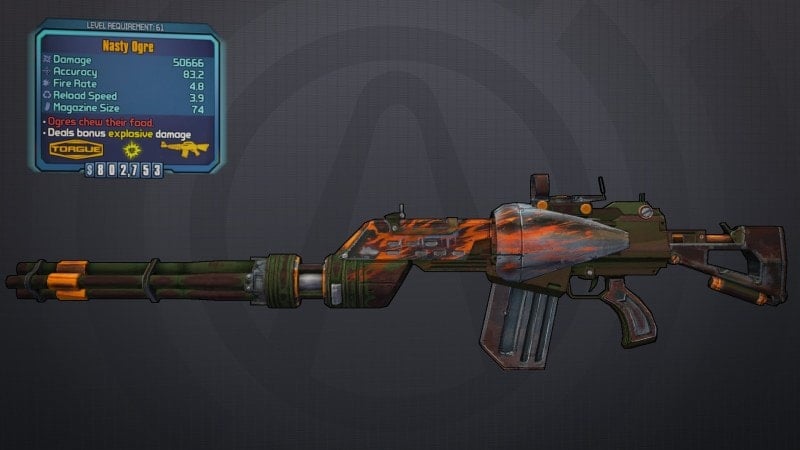 The versatility is quite high when it comes to these rifles. Their sub-types include semi-auto weapons, automatic rifles, and light machine guns. If we talk about special assault rifles, then they have the capacity to fire grenades or rockets, although it would take multiple rounds for a single shot. 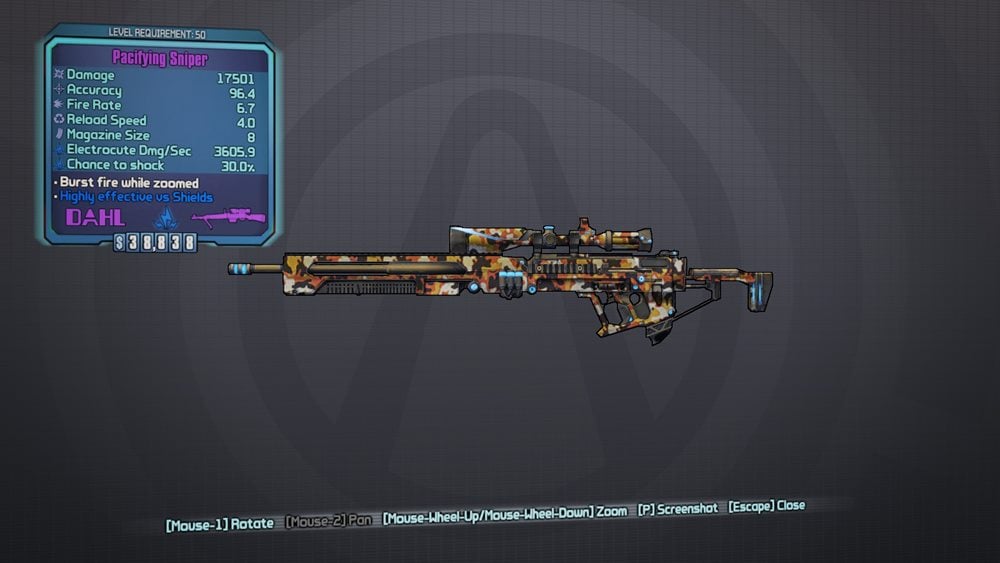 Well, it does full justice to its name and is highly effective at long-range shots. While the rates are slow and the magazine size is also on the lower side, but being equipped with scopes and having a bonus Critical Hit Damage is a boon in itself. 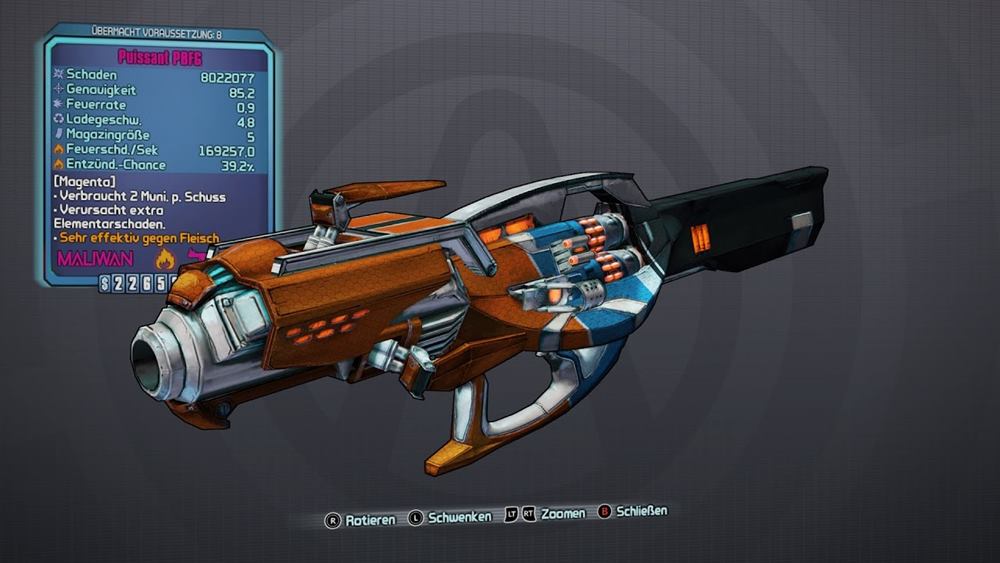 Its sub-types include high-velocity cannons, low-velocity cruise missiles, and spread launchers. These heavy weapons usually have taken quite some time in reloading but with rocket launchers, it is more along the acceptable lines.

So this was all from this guide on some popular weapons and items list in the Borderlands 2 game. Which of the items and weapons stands your firm favorites from among the aforementioned ones? Do let us know in the comments section below. Rounding off, here are some iPhone Tips and Tricks, PC tips and tricks, and Android Tips and Trick that you should check out as well.