The global Smartphone markets are widely boosting and at a rate no one once expected. There are several manufacturers who have contributed a ton for this. The fact about the modern smartphones which couldn’t be denied that is they are best enough to cut down a lot of complexity from the human life. This is one of the biggest reasons why they are demanded widely. Actually, the success of a smartphone not just depends on its features but on the manufacturer tag too. Of course, Sony is a pioneer manufacturer with an excellent reputation all over the world. You might have no idea but in the present scenario, there are smartphones which they have launched with the best possible features. One of their recently introduced devices is Sony Xperia XZ2. Well, there is nothing wrong to say that the Sony Xperia XZ2 is the best things happened for the smartphone this year. In this post, I have mentioned useful information about the common Sony Xperia XZ2 problems and fixes to help you deal with the issues you are facing.

It is true that this device will probably remain the flagship model for the Sony for the current year. This is mainly because it has been provided with features that are simply the best. However, because it is an Android-based gadget, you may have to face the issues which are common with the Android technology. You probably cannot blame the manufacturer as there is no hardware problem in the device. Most of the issues that you may face could probably be due to the bugs in Android. This might give you a reason to worry but actually, there is no need for you to raise your heartbeat as the problems can easily be solved without doing much. For this, you just need to follow the information about the common Sony Xperia XZ2 problems and fixes you will find in this post. 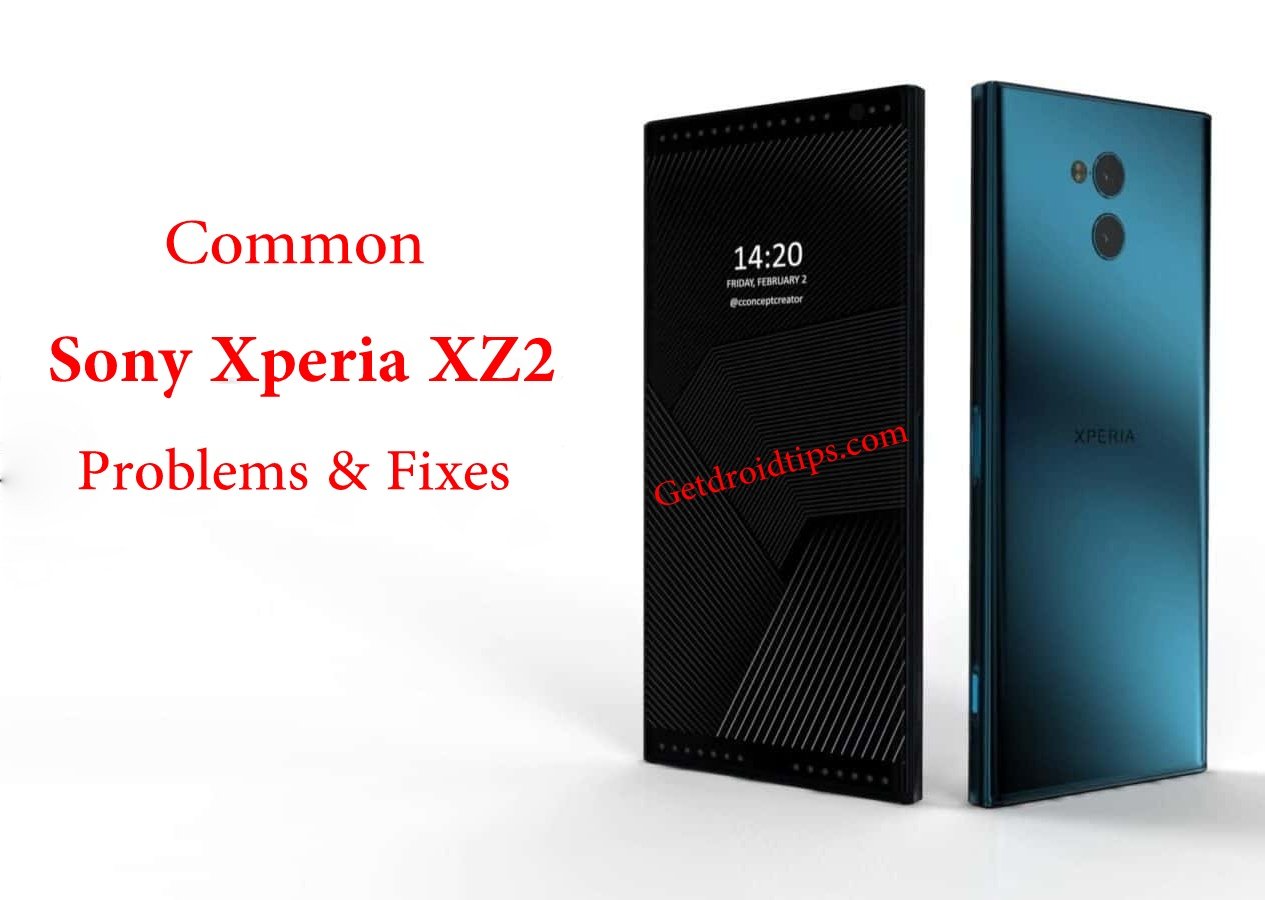 The Xperia XZ2 is a device that has been provided by Sony with a 5.7-inch screen as announced in an official statement in February this year. The screen is capable to offer users a resolution of 1080 x 2160 pixels. It has also been protected with the corning gorilla glass 5 technology. The good thing about the specifications of this device is it runs on android Oreo 8.0. It has a 1.7GHz octa-core processor and it will be provided with two variants when it comes to RAM and i.e. 4GB and 6GB.

It has a 19MP primary camera a 5MP selfie shooter. Probably you know that Sony devices are best in providing best outcomes when it comes to using the cameras. In the default phone memory, you can store upto 64GB of data and can simply enhance the memory needs by upto 256GB through a microSD card. It comes with a 3180mAh battery and you can easily keep up the pace with the same when it comes to backup. There are a lot of other features that make this device simply the best one. However, if you are facing any problem with it, here is everything about the common Sony Xperia XZ2 problems and fixes.

All the methods mentioned in this post about the common Sony Xperia XZ2 problems and fixes are capable to provide you expected results if you follow them in the right manner. We at Getdroidtips.com cannot be held responsible for anything that goes wrong while following any method or instructions in a careless manner.

Probably every user frequently makes use of Wi-Fi and Bluetooth and there is nothing wrong to say that without both of them, the modern devices can lack a lot of features and task. Therefore is it necessary that both these features will remain in working mode all the time. Of course, you can face issues many times with them. To solve them you can simply follow the below methods and instructions.

The SIM card should always be handled in a proper manner. There are several problems you can face with the same. To solve the SIM-related issues, here is what you need to do

The proper functionality of the screen depends on a lot of things and many facts are there which can affect the performance of the same directly or indirectly. Keeping some knowledge help you eliminate this problem later, sooner or whenever you face it with your device. Here are the methods to let you keep up the pace when it comes to enhancing the performance.

As already mentioned in the earlier section of this post, there are hardly any chances of Sony devices to go down when it comes to cameras; you also need to keep in mind that camera problems can be due to a lot of other factors and reasons which are not associated with the cameras. Here is the list of actions you can take

We are living in a century where speed largely matters. For the devices that took a longer time to perform task, the user interest is always low. Although devices get slow with time, it is not always necessary that they have a major problem in them. The software domain of a Smartphone can also affect its hardware domain. This is true when it comes to performance. Here is the list of actions that can be taken

The overheating of a device is a clear symptom of a hardware fault that can directly be associated with the battery. However, you need to keep this thing in your mind that sometimes other factors can also influence the same. You need to pay attention to the methods below to get the things back on the track.

No user wants t charge the phone again and again. A device once charge has to provide a full day backup atleast. Even the manufacturers are well-aware of this fact. However, many times it has been seen that a lot of things goes wrong and the smartphones fail to provide the desired level of backup. Here is the useful information on the quick battery draining & slow charging related common Sony Xperia XZ2 problems and fixes.

There are reasons that are exceptional behind this problem. Therefore, you need to examine this very carefully. Try the following

This seems to be a major problem to so many users. Well, even you might think so but it is not necessary always. Check out the list of below instructions and methods that can be performed

This is all about the common Sony Xperia XZ2 problems and fixes. If there is any other problem which you are facing the ones mentioned in this post, you can simply let us know through the below comment section.