Google has started rolling out the Android 13 developer preview build to the eligible Pixel devices and users are quite excited to experience Windows 11 on Pixel 6 & stream Android applications on the PC right away. Now, if you’re one of the Android 13 DP users for a few days or so and facing stability issues or bugs then you can follow this guide to easily Downgrade Android 13 to Android 12 stable version so that you can use your device seamlessly like before.

Though the latest Android 13 OS is the thirteenth iteration of the Android operating system, it has plenty of bugs along with a bunch of new features and improvements. It’ll take some time for the Android developers to come up with patch fixes and further developer builds for Android 13 to offer a more stable user experience. There is nothing new for the users to encounter stability issues until the public beta and official stable build are released.

Talking about platform stability, Google is expected to come up with the stable public build somewhere around May 2022 and the final stable build will be released in September 2022. However, the timeline is quite far if we talk about the users’ point of view especially if we think about experiencing the newly released Android OS version on Pixel devices. But having a stable and optimized Android OS is more important as a daily driver. 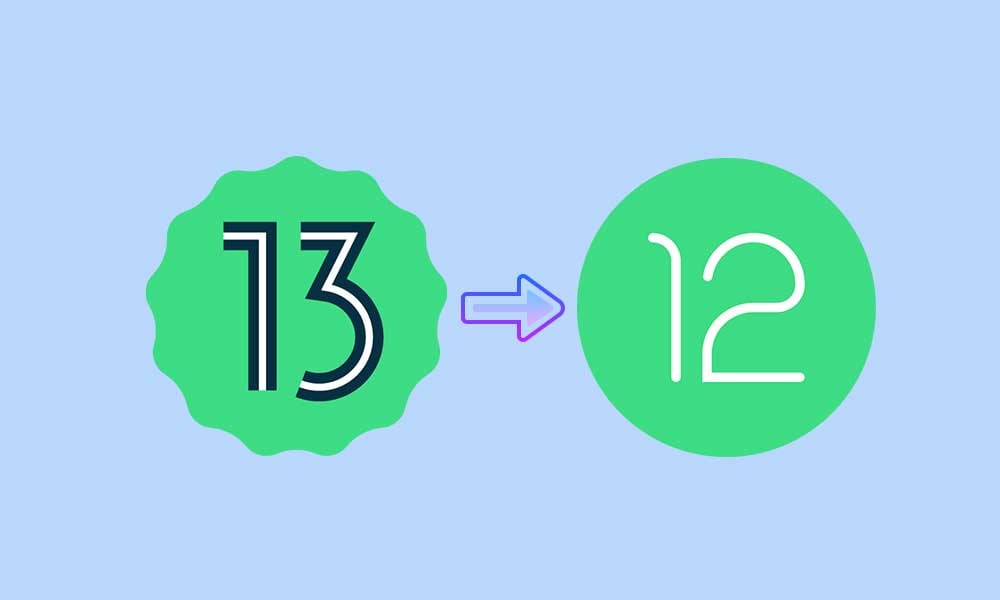 How to Downgrade Android 13 to Android 12

The chances are high that most of the eligible Pixel device users have already installed or trying to install the latest Android 13 OS via the Flash Tool, Sideloading, or Fastboot method. Whereas the non-Pixel device users can opt for the GSI images to flash the vanilla version of Android 13 if they want. However, there is a question arising about the stability and performance as a daily driver on Pixel devices right now which might take some time.

Luckily, here we’ve shared the full in-depth guide to downgrade your device from Android 13 to Android 12 quite easily. You can check out two different methods and follow any of them whatever you prefer. So, without wasting any more time, let’s jump into it.

Before we begin with this guide, we would strongly recommend you create a backup of your device data which are stored on the internal storage. You should follow the methods carefully to successfully perform the operation. Keep in mind that GetDroidTips won’t be held responsible for any kind of damage or error that may occur on your device during or after following this guide. Do it at your own risk.

Before jumping into the firmware flashing method, you should follow all the requirements below one by one.

First of all, you’ll have to install Android SDK Platform Tools on your computer using this link. To flash the firmware or other files on Android devices, ADB & Fastboot binary requires to be used on the PC. Once you’ve downloaded the ZIP package from the link above, make sure to extract it to a convenient location on your PC.

In order to proceed, you’ll have to turn on the USB Debugging and OEM Unlocking option on the handset so that your PC can easily detect the device while connected in the Android Debugging or ADB mode. To do so: 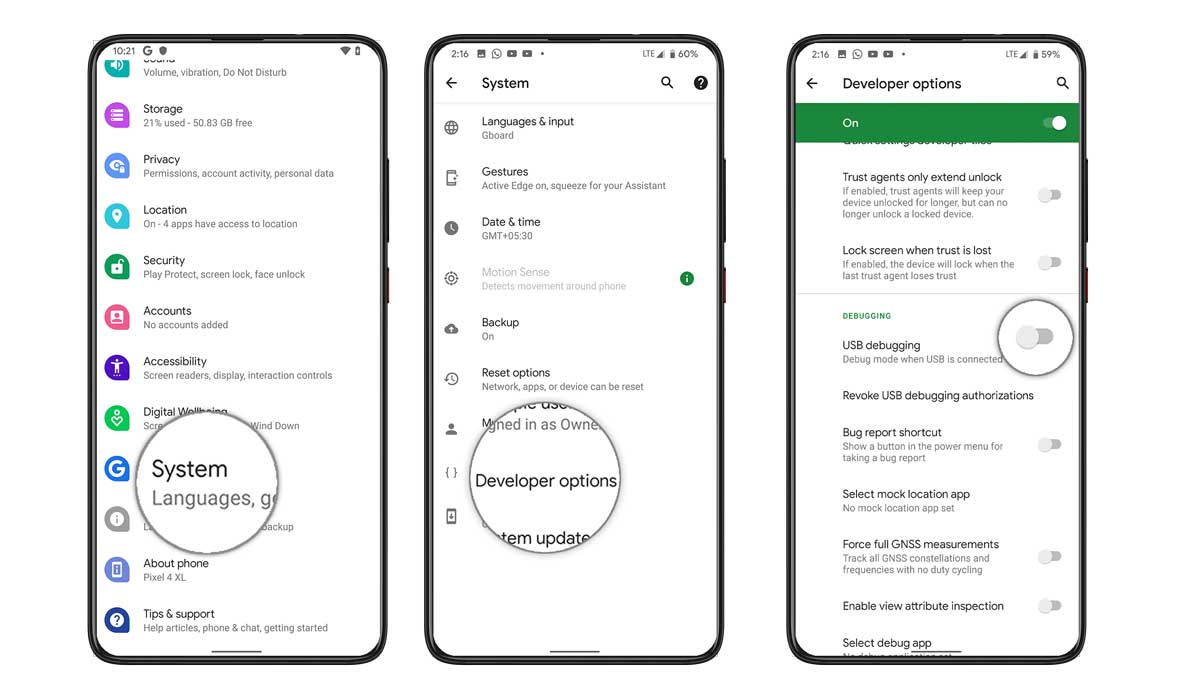 Make sure to create a data backup of your Android device by following this method if something seems important for you. Otherwise, unlocking the device bootloader method will erase the device data completely.

It’s also recommended to use a USB cable with the PC to easily connect your Android device. You’ll be able to get a strong connection between the handset and the computer so that there won’t be any issues with flashing the firmware file. Make sure to use a stock and compatible USB cable for your device model.

If in case, you’re comfortable with the fastboot flashing method then you can follow the steps below.