Throughout the year, Windows has witnessed some major UI changes. But even then, some things have remained constant, the minimize maximize and the close buttons being a part of it. Well, its usefulness is no hidden secret as such. But quite a few users have started facing issues with all these three buttons. Across many applications, they are reporting that the minimize maximize and the close buttons are missing. These include the Chrome browser, Firefox browser, and many other Windows applications.

There could be many reasons for the said issue. To begin with, it could be due to some issues with the Desktop Window Manager, or an older version of the drivers or the app itself. Likewise, we have also seen this issue arise due to the Projection Mode, Tablet Mode, or conflicting nature of some other third-party apps. In this tutorial, we will list out all the possible methods to fix the aforementioned issues. This will then fix the minimize, maximize, and close buttons missing issues on your Windows PC. Follow along. 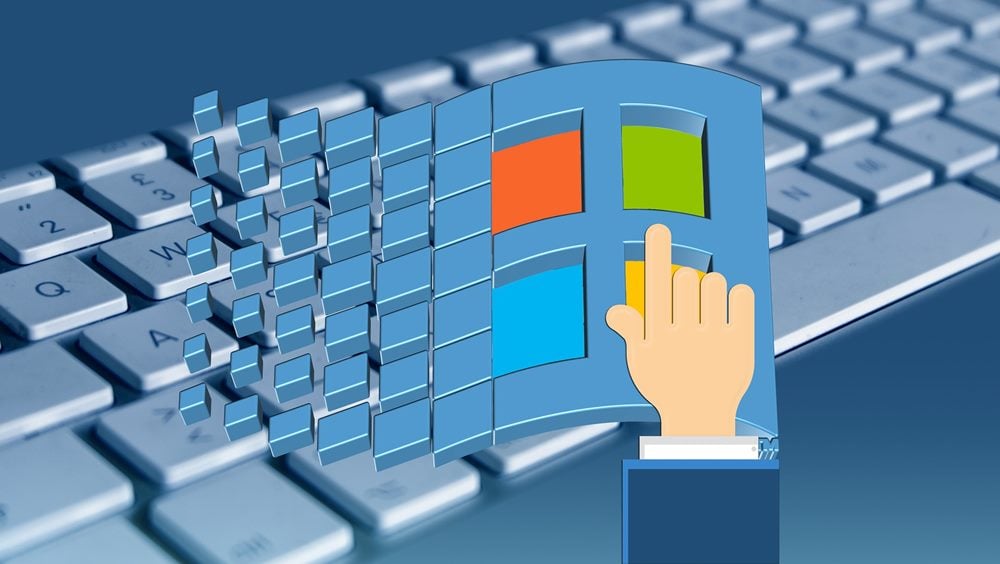 How to Fix Minimize, Maximize and Close Buttons Missing Issues in Windows

In order to fix the above issue, we would be mentioning around 8 different types of fixes. However, there isn’t any universal fix for the same. You will have to try out all the mentioned tips until you achieve success. With that said, here are the required fixes.

The Desktop Window Manager manages all the user interface and visual effects on your PC. So if there is an issue with this program, you are bound to face UI issues, including the missing buttons. So the best bet in this regard is to restart the said process. Follow the below steps for that: 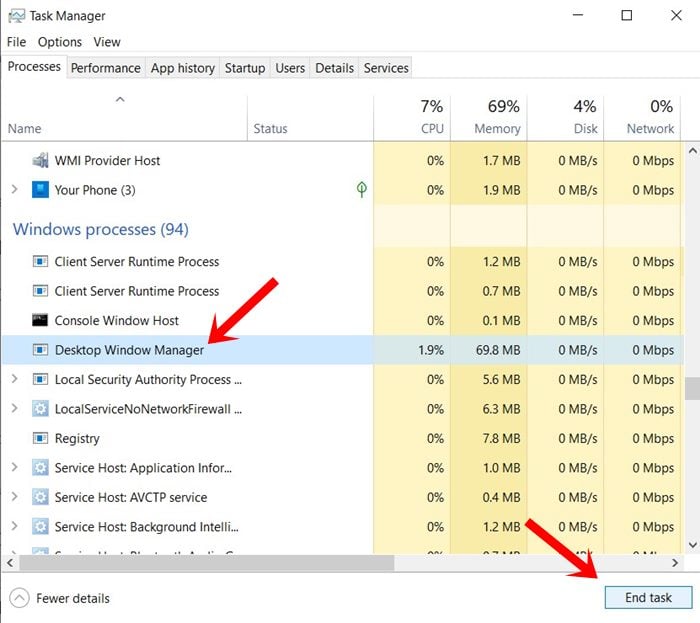 If you are using old and outdated graphics drivers, then also you might face the said issue. Therefore we would recommend you to update the graphics drivers to the latest version. Here is how it could be done.

There are a plethora of themes available for your Windows PC. While the ones present in the official store are well and good, the same couldn’t be said with others download from third-party sites. There are quite a lot of themes that seem to offer many UI tweaks but at the same time doesn’t seem to be fully compatible with the OS. And the same issue could be with your setup as well. So in such a case, we would recommend you revert to the Standard Windows Theme. 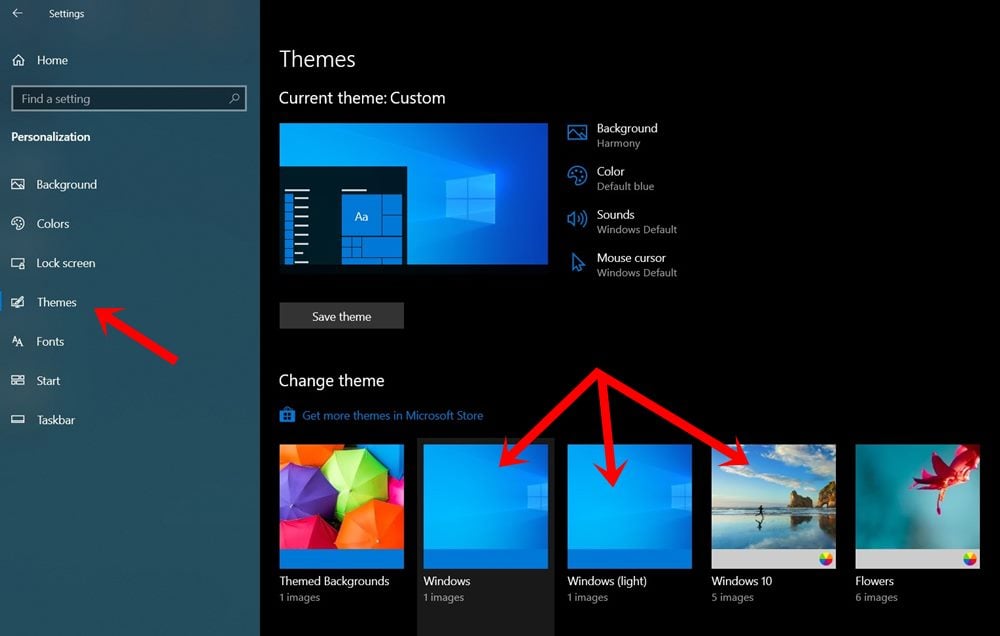 If you are facing this issue after installing any third-party apps, then it might conflict with the user interface of your desktop. The case further worsens if that app is related to the UI tweaks or visual interface. Although it isn’t possible to pinpoint the exact app that might have caused this issue. But you should generally have an idea or two as to the recently installed apps after which you have started facing this issue. As a result, we would recommend you to uninstall these apps. 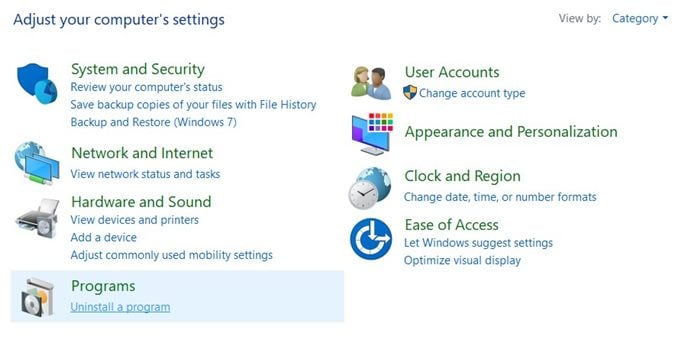 Windows 10 comes with a  tablet mode that proves to be quite useful for touch-screen devices. The option, however, is present for all the PC and laptops. However, enabling this option also hides the said buttons from many Universal options. So you should consider disabling it right away.

Many apps have prebuilt options to disable all three buttons. According to them, it gives a more immersive experience to the user. While it is debatable, what isn’t is the fact that you might have accidentally enabled the said feature and then forgot to turn it off. If that is the case, then head over to that app’s Settings page and look out for the Appearance, UI, or similar options. There you might find the option to disable the said feature.

Some users have reported facing this issue when they have projected their PC screen. In that case, there are four different options to choose from. These include PC screen only, Duplicate, Extend, and Second screen only. We would recommend that you switch over to the Extend option. Doing so will extend the single screen across your PC and the projector, but it seems to fix the issue as well. 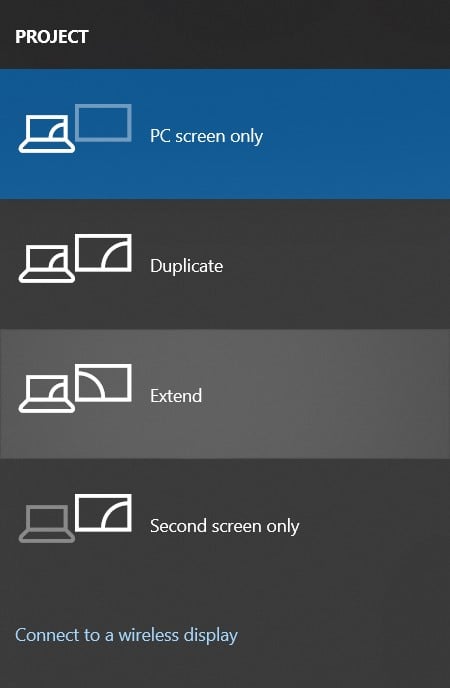 Microsoft regularly releases updates for its OS that fixes quite a lot of bugs and stability issues. And the aforementioned issue could very well be rectified by updating your PC to the latest available version. Here is how you could check for the pending updates and apply it right away onto your device:

So with this, we conclude the guide on how to fix the issues with the missing minimize, maximize, and close buttons on your Windows PC. We have shared eight different fixes for the same, any one of which should give out fruitful results. Do let us which one worked out for you. Rounding off, here are some iPhone Tips and Tricks, PC tips and tricks, and Android Tips and Trick that you should check out as well.