Starting off, Google Play Store is the most useful and one of the major apps/services for Android devices if you want to install verified apps & games without any second thought. Most of us always try to skip third-party platforms or sources to download and install programs on our devices due to security or privacy reasons. Now, if you’re interested in How to Install Google Play Store on any Huawei HarmonyOS 2.0 device then follow this guide.

Well, it’s now known to everyone that the US government has banned Huawei due to business restrictions and so Google has also revoked its partnership with Huawei. That eventually forces Huawei to develop their own HMS (Huawei Mobile Services) for Huawei and Honor devices. It’s also worth mentioning that Google apps and Play Services are banned in China.

So, if you’re using the newly released HarmonyOS 2.0 on any of your Huawei or Honor devices and want to start using Google Play Store again if you’ve previously experienced it then make sure to follow this easy guide. 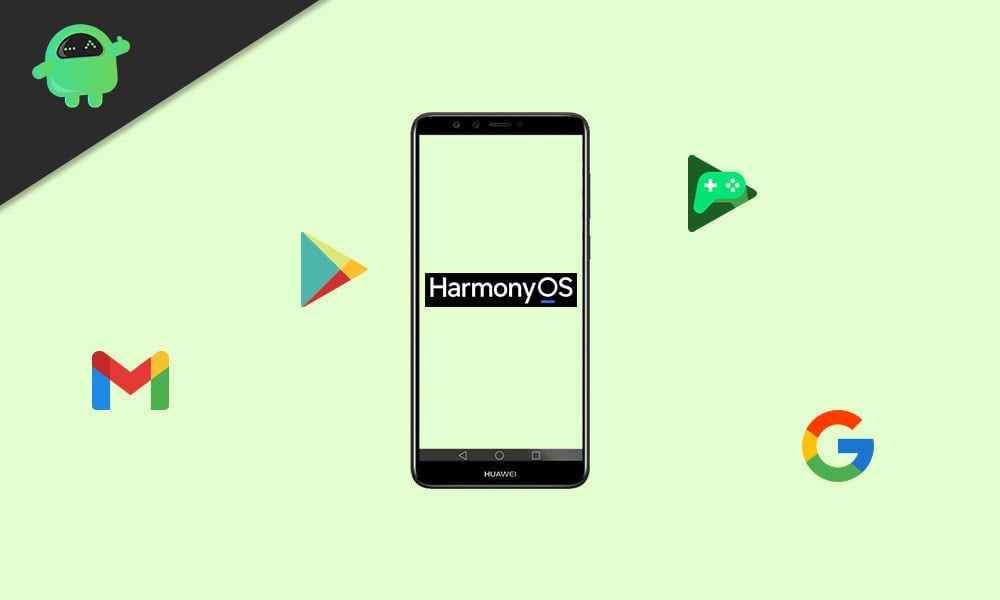 How to Install Google Play Store on Any Huawei HarmonyOS 2.0 device

It seems that even without installing Google’s core services on your Huawei or Honor devices, you can still install Google Play Store and Google Play Games app using a third-party application that we’ve linked below.

Please Note: We’ll highly recommend you to use or create a secondary Google account on the Huawei or Honor device running on the HarmonyOS 2.0 or later to install and use the Google Play Store app. Do not use your primary Google account for both security and privacy purposes.

Once done, you can sign in to your Google account or create a new one to jump into the world of the Google Play Store. Now, without wasting any more time, let’s get into it.

Disclaimer: GetDroidTips won’t gonna held responsible if anything wrong happens on your Huawei or Honor device running HarmonyOS 2.0 or later while/after installing the Google Play Store. So, do this at your own risk because we’re not sure about any kind of security compromises with the third-party app.

Note: OurPlay app is some kind of a third-party tool that allows you to download and install the Google Play Store on your device but you can access it from this OurPlay app. Even if you install any apps or games directly from the Play Store, it’ll store inside the OurPlay app.

It’s also worth mentioning that you can add more installed apps and games on the same screen by tapping on the + icon which you’ve installed from Play Store.

This is how you can easily install and use the Google Play Store on your Huawei/Honor devices over the HarmonyOS without even installing GMS (Google Mobile Services) or its core services.

That’s it, guys. If you’ve any queries, let us know in the comment below.