Insignia is a USA-based TV brand that’s operated by the retail giant Best Buy. Insignia offers a wide range of budget TVs in the market irrespective of a variety of sizes and specifications. Just like the TCL brand, Insignia is also a good brand for cheaper segment TVs. However, it seems that some users are encountering issues with the Insignia TVs. Well, multiple reports are coming out that the Insignia TV Audio or Sound Out of Sync issue becomes common.

Now, if you’re also one of the victims to encounter such an issue then don’t worry because here we’ve shared a couple of possible workarounds for you that should gonna help a lot. So, if in case, the picture and audio aren’t synced properly where the audio is either coming early or later then you’ll have to follow this troubleshooting guide completely to fix it. Certainly, this specific issue can make anyone angry and frustrated while playing favorite content.

Fix: Insignia TV Not Turning On 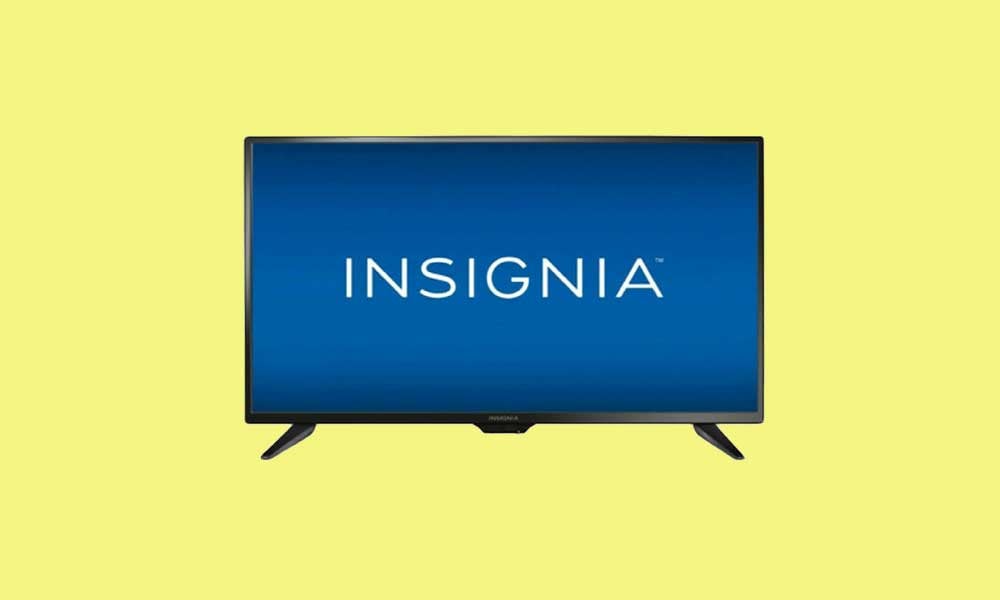 Fix: Insignia TV Audio or Sound Out of Sync

It has been reported that the out-of-sync issue can basically appear either when the audio is incorrectly configured or the software part on the TV has some issues. In both scenarios, it’s highly recommended to adjust audio settings and restart the TV to resolve the issue completely. However, it’s not like that every time and everyone can easily resolve such an issue because the problem may also occur due to some other reasons. So, let’s check it out.

Luckily, the best part is that the audio not synced with the picture is a pretty common issue among TV users and most probably it’s not a hardware-related issue. So, if you’re planning to get your Insignia TV repaired or buy a new TV then don’t be in a hurry because you can manually fix it. We should also mention that you can access multiple audio options on your Insignia TV such as PCM, Lip Sync Tuning, Dolby Atmos, Surround Sound, etc.

As we’ve already mentioned, it may be possible that an incorrect audio output setting on the Insignia TV can cause the out-of-sync issue. While issues with the temporary TV glitch & installed applications or issues with the sound output device can also trigger the audio syncing problem on the TV.

First of all, you should try performing the power cycle method on your Insignia TV because sometimes a temporary glitch or cache data issue can eventually trigger the audio & video syncing problem. It’s better to power cycle your TV by following the steps below to easily resolve any kind of temporary issue whatsoever. To do this:

2. Check if an Audio Syncing Issue occurs on a specific app or show

The second thing you can do is to check which application or content is specifically troubling you a lot in terms of the audio syncing issue on the Insignia TV. If any of the specific TV channels or content or even the OTT platform is having the audio out of sync issue then you don’t need to worry about it. Just make sure that other shows and OTT platforms are running well. If everything is good enough, you can either wait for the update or contact support.

Here OTT platforms mean Netflix, Amazon Prime Video, Disney+, Hulu, Discovery+, and more which can trigger several issues due to bugs or compatibility. In this case, you can’t blame your TV at all. If you don’t want to wait for the patch update then you can try the following methods manually to check for the issue.

If the audio and video are still out of sync on your Insignia Fire TV then the chances are high that you’ll need to cross-check the audio output settings on your TV by following the steps below:

You should also try reconnecting the audio output device to the Insignia TV properly to ensure there is no connectivity issue with the audio device. Check for the physically damaged port on the TV because it can also trigger the audio syncing issue mostly.

Note: Alternatively, you can manually update your Insignia TV from Settings > My Fire TV > Device > Check for System Update.

If none of the methods worked for you then try deleting the cache and stored data of the specific application which is creating problems on your Insignia TV. To do so: