With the successful launch of pixel device last year, Google has released its new range of affordable smartphones. The new Pixel 3a and 3a XL were launched in May 2019 and are driving users crazy because of exceptional build quality and relatively low price. Google Pixel devices are one of the best combinations of best hardware and software in one package. Since Google Pixel series aren’t cheap and are not meant for budget segment buyers, it is expected to come with IP68 waterproof ratings. 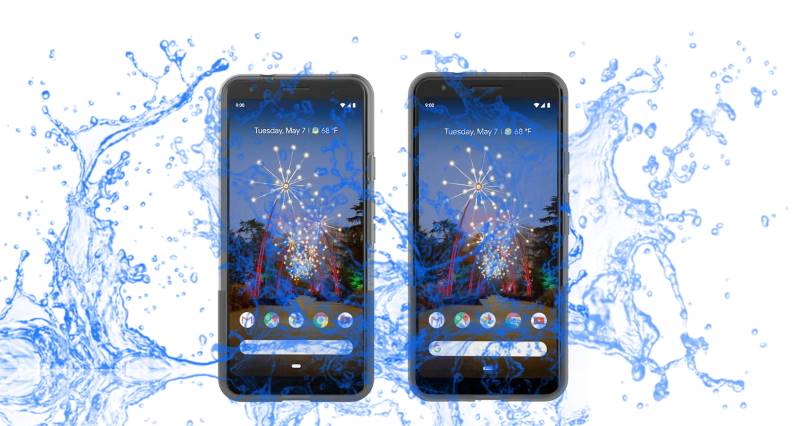 Is Pixel 3a and 3a XL waterproof device?

According to the official website, the latest Pixel 3a and Pixel 3a XL doesn’t come with any waterproof certifications. Which means that these new devices are not waterproof. However, we will still conduct our Pixel 3a & Pixel 3a XL waterproof test to find out for sure.

Pixel 3a and 3a XL Waterproof Test

In our waterproof test, we will dip the device under water for 30 seconds. After that, we will observe the device for any abnormalities such as screen flickering, camera fog, etc. But before that, have a look at the device specifications:

Now as the specification part is done, let’s move on to our Pixel 3a and Pixel 2a XL waterproof device.

After conducting the waterproof test on both the devices, we can conclude that both of them are splash proof to some extent. However, they are no means near to a perfect IP68 rated waterproof smartphone. We recommend users to take special care of their devices while they are near water bodies.