Updated on July 10, 2019: Verizon today started rolling Android Pie Update for Moto G6 in US with build number PDS29.118-14. The update brings April 2019 security patch and improves the overall performance of the device.

Currently, most of the OEMs are busy bringing out the latest Android Pie update for their devices. Motorola is not behind in this mission. In fact, it is already throwing the Pie party for its Moto G6 device. Yes, the system upgrade to the 9th version of Android OS is now available for the said device. If you use a Moto G6 with last September patch Oreo build, then you will see the new update drop into your device with build number PPS29.44. This software comes the most awaited Moto G6 Android 9.0 Pie Update.

The latest AndroidPie update for Moto G6 is rolling over-the-air. It will knock into your device on its own. Then you will see the prompt to install it. Well, it will reach various regions in phases. All the devices will not get the update immediately.  You can also capture it on your own by searching for it manually. Simply go to device Settings > System updates > Check for Updates. If the software shows up then Download and install it.

The Pie OS update which is rolling over the air weighs more than 1.3GB in size. So, we suggest finding a Wi-Fi network to download the update. That will save you from the being charged with the carrier data.

Besides this, in any case, if you are not able to upgrade o Android Pie on your Moto G6, then we will help you with that. We have also put up the firmware which brings the Pie update for your Moto G6. You have to download it and install it manually. You can take help of the installation guide which will help you in flashing the firmware. 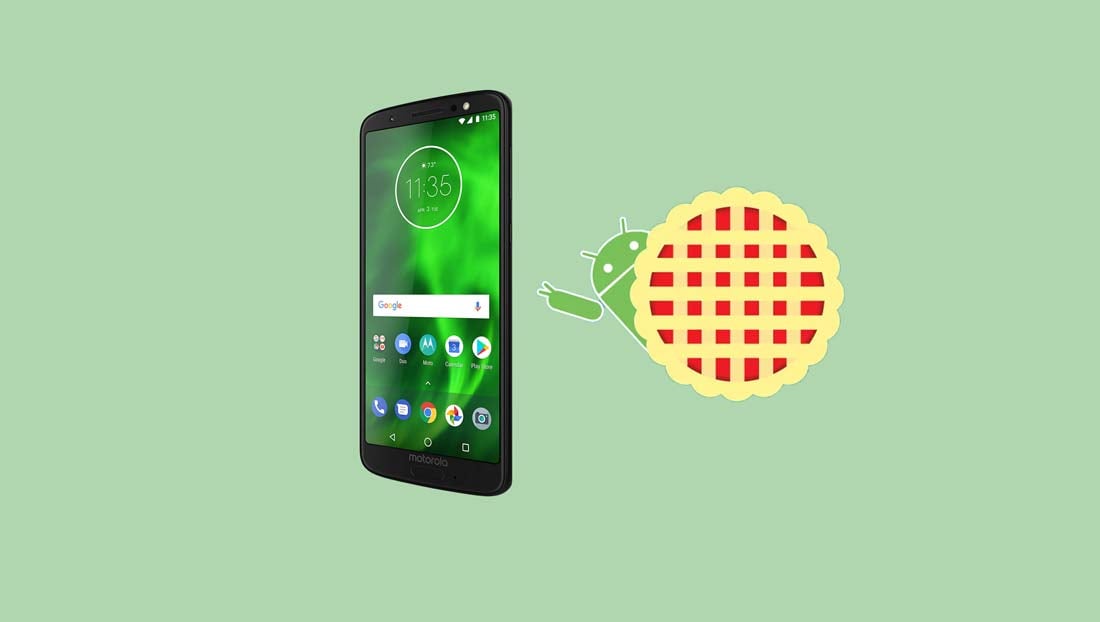 Here is the download link of the official firmware which packs the tasty Pie treat for your Moto G6.

First of all, make sure to follow the pre-requisite before upgrading to Android 9.0 Pie Update on Moto G6.

At GetDroidTips, We will not be held responsible for any kind of damage occurred to your device while following this Guide. Do it at your own risk.

Here is the complete installation guide to help you flash the OTA firmware on your Moto G6.

So, install the Android 9.0 Pie Update for Moto G6 and enjoy the features it brings. We hope this installation guide was helpful to you. If you have any queries do let us know in the comments section.