Lenovo-owned brand Motorola is known for its pure Android budget-friendly smartphones that offer an all-rounder package with the trust of Motorola. Last year, Motorola has released its two new G-series models called Moto G7 and G7 Plus. Both the devices came with Android 9.0 Pie out-of-the-box and the Android 10 update for the Moto G7 has started rolling out in May this year and still arriving at the rest of the regions via batches. While in early 2020, Motorola G7 Plus has already received the stable Android 10 update. Now, it’s time to talk about the upcoming Android 11 update. If you’re also looking for the same, then check out Moto G7 and G7 Plus Android 11 Update Status: What We Know So Far?

Download and Install AOSP Android 12 on Motorola Moto G7 Plus

It’s been a couple of months of releasing Android 11 Developer Preview Beta update to the Pixel and Project Treble devices. Recently, Google has postponed the launch of the Android 11 Public Beta update due to the pandemic. Google every year releases its official major Android OS version in September and this year will also gonna be the same as the ongoing development process is already in the works. Meanwhile, you can also check the Android 11 changes and improvements here. 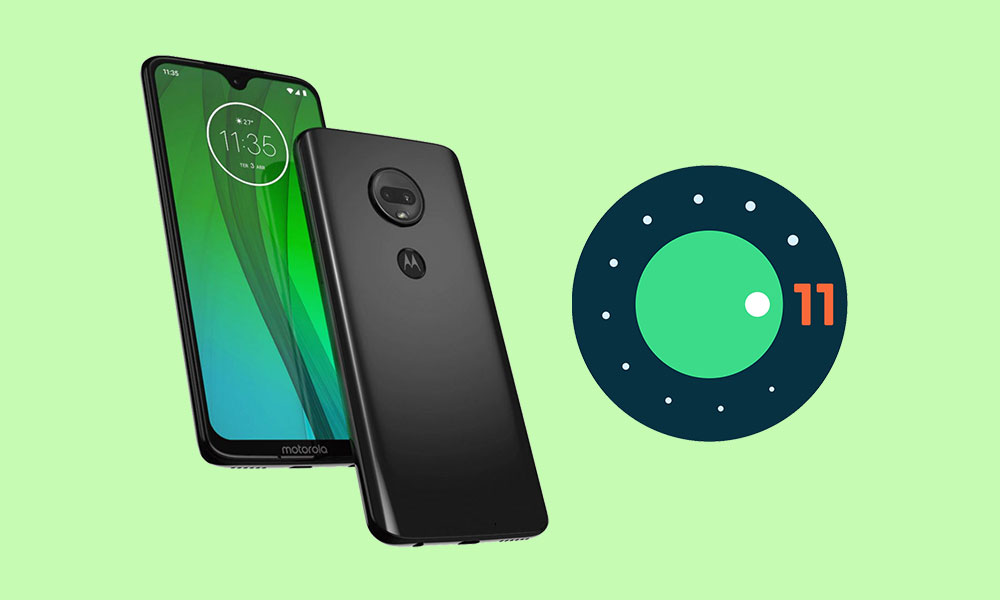 Moto G7 and G7 Plus Android 11 Update Status: What We Know So Far?

It’s known to all that Motorola devices aren’t fast enough to receive major Android OS updates. While the security patch updates are also not that much appreciable. Although the Android One program based Motorola devices are properly tied with faster and frequent software updates.

Now, talking about the Moto G7 and G7 Plus Android 11 update, we aren’t pretty much sure whether the device is gonna receive it or not. Because, both the models have already received one major Android OS update and according to the previous track record, it’s expected that Moto G7 and G7 Plus users may get disappointed with the company’s update policy.

However, it’s also worth mentioning that there is no announcement made yet officially from the Motorola. So, we can only wait for the official remarks right now. As the release of Android 11 is a couple of months away, it’s quite hard to tell what will gonna happen. Till then stay tuned for more info.