Velma is a supporting character that is available in the MultiVersus game. She is one of the three support class characters. We know that the support class helps aid the team in duos matches. This is what Velma will do. Along with the support class powers, she is good at attacking too. Many users don’t know about the powers of Velma. That’s why users are in doubt as to whether they should use the character or not. We are here with the guide where we will tell you the important factors about the character Velma that you will use in the game. We will list the best perks, attacking powers, and strategies Velma can perform in the game. 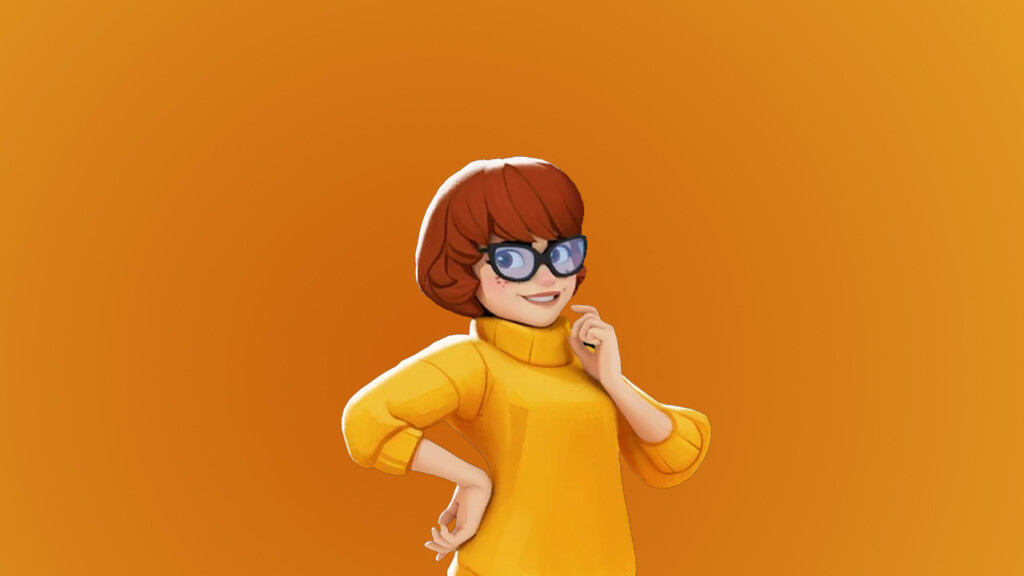 Best Velma Attacks, Perks, and Abilities for the game

The Velma is a support class player. She will be providing helps to their teammates during the match. Apart from it, she has some other powers which we will mention below. Before that, we will guide you that how can you unlock her in the game.

How To Unlock Velma in MultiVersus 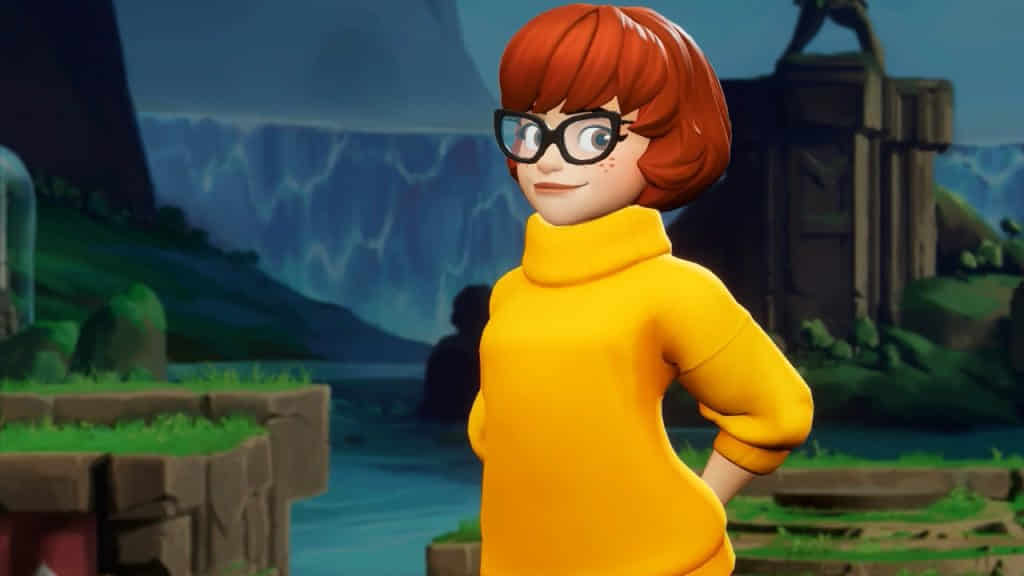 Here are the moves of the Velma. We will mention both the grounded and aerial moves below. Make sure to check them.

In this move, Velma shouts a word bubble projectile which seeks out her ally. In case, if the bubble hits any fighter, ally, or opponent, then they become targeted, and, after it, the additional bubble will lock onto their location. Allies who become targeted will gain hastened.

If the bubble hits an ally who is already targeted, then it will fire an extra bubble in the opposite direction and will heal Velma. She can create it until she runs out of ammo.

It is another move that Velma uses in the game. She fires a combo of quips.

In this, Velma charges an idea light bulb and has a chance to spawn evidence on a hit.

This move used by Velma charges a calculation projectile that hits enemies forward and spawns evidence.

She charges a flashlight flash and has a chance to spawn evidence on hit. This is an air attack.

This move is similar to the ground move. In this, Velma spawns evidence on a hit but without charge.

In this, Velma drops her glasses by knocking the opponents downward. 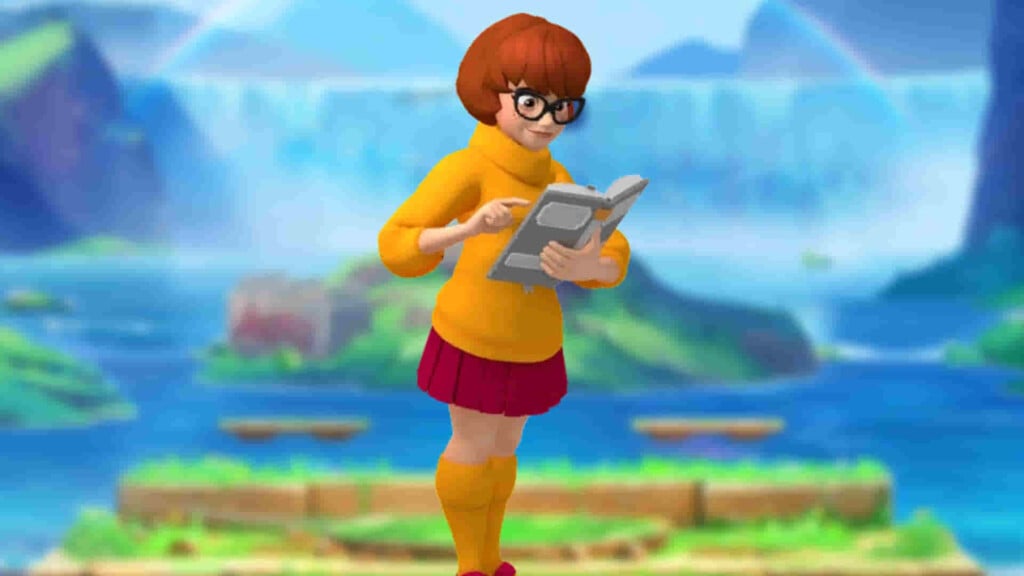 Here is the list of special attacks that you will get with Velma.

This special attack repeatedly hits enemies through the speech beam projectile. It heals overlapping allies of the Velma. When the final hit of this attack gets on an enemy then they receive a stack of weakened. In case, if it hit the allies then they can fire an additional beam. She can use it to spawn evidence on a hit.

She charges a sprint forward and charging increases her sprint. The teammates can hop into her arms for the sprint and increase the attack power which will result in giving her ally and Velma armor and gray health. At last, the enemies will be grabbed and thrown in the air.

In this special attack, she spills toxic goop on the ground and jumps upward. Enemies who are standing in the goop will receive continuous stacks of ice before freezing.

She throws a book projectile that homes onto her ally. If the book hits them then she and her ally will receive an educated which will result in refreshing and reducing the duration of their cooldowns.

In this attack, she opens up a textbook that knocks enemies backward and takes her forward.

She snaps a picture downward with a camera that sends her and her enemies upward resulting in breaking armor. After it, she can give a lot of damage to the opponents as well as she has a chance to spawn evidence on hit. 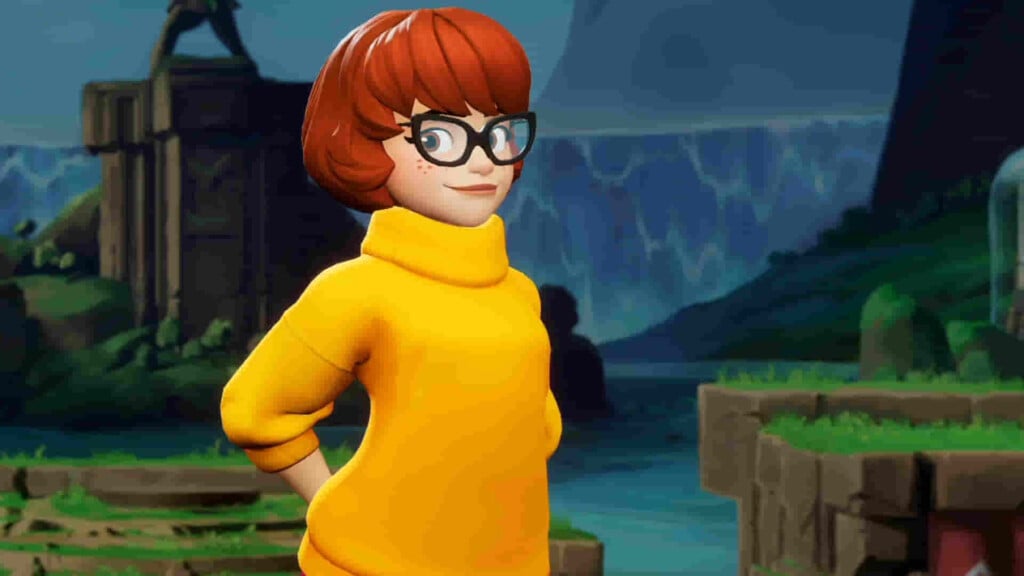 Here are the perks of Velma that are available in the game.

Using this perk will give your team to deal with a 5% increase in damage when you are using the projectiles on your opponents. It will be unlocked at Mastery Level 2.

This is another perk of Velma which gets unlocked at Mastery Level 4. When you use this perk in the game, your team will get a 5% increased damage when hitting the opponents that are in hit stun.

The Shirt Cannon Sniper perk will let your team in increasing 7% damage with the projectiles. This perk will be unlocked in Level 11.

Ice to Beat You!

The team will receive projectiles that will deal with one stack of ice debuff if they know the opponent back.

Hit Me If You’re Able

This utility perk will give your team the ability to dodge with a 5% increased speed. It will be very good for your team as it will help to dodge the projectiles and attacks easily. This will be unlocked at Mastery Level 13.

This perk will be unlocked at Level 8. In this, Velma spawns with 1 piece of evidence that will be already collected.

In this perk, Velma’s ally will receive 7 gray health after picking up the evidence in the match. This will be unlocked at Mastery Level 10.

This perk will give your team a 10% increase in the longer dodge invulnerability window. It will be unlocked at Mastery Level 7. 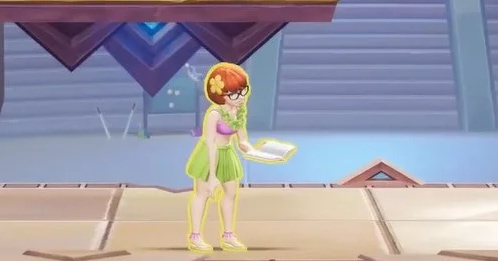 Here is the list of Velma skins that are available in the game.

Announcer Pack Velma: This is the announcer pack skin of Velma. It is available for 100 Multiversus Gleamium.

Dance: This is an emote taunt skin of Velma. You can unlock this skin for 500 Multiversus Gleamium.

Luau Velma: It is a skin variant of the character Velma which you can unlock for 1,500 Multiversus Gleamium.

We know that Velma is a Support character in the game. Our first priority should be to keep her distance away from her enemies. At that time, she can use her tools to provide help to her teammates. She has the capability to heal her allies and provide support to them. Make sure to keep an eye on your teammate’s health, and heal them when it’s too low.

We will suggest that you should focus on your team members’ health and heal them by keeping your distance from the enemies.

In this Velma guide, we have mentioned the perk list, skin, attacks, and strategy that you should use in the game. We have also listed some of the special attacks that you are getting with this support character. Make sure to use her effectively in the game. This was all for this article. If you have any doubts then feel free to ask in the comment section below.