Samsung is known for making some great tablet devices for those who need a bigger screen to complete their tasks. This year, Samsung launched its new tablet iteration called Galaxy Tab S6. Finally, Samsung rolled the Android 10 update under OneUI 2.0 for the Galaxy Tab S6 in Taiwan and China. It is rolling via OTA and will soon reach every user globally. Well, the build number for every region differs depend on their model number. So make sure you download the right firmware to install the Samsung Galaxy Tab S6 Android 10 update manually. In this guide, we will share the firmware and even the installation instructions to install the Android 10 update manually on your device.

Google brought in the Android 10 operating system back in September 2019. Since then a lot of OEMs have pushed the stable update for their device till now. But here is the Korean smartphone giant Samsung that is still pushing out the Android 10 updates for its stable devices. In fact, it is one of the most important tasks at hand for Samsung to quickly upgrade its device with the Android 10 based OneUI 2.0 update. Another 2019 launched device, Samsung Galaxy Tab S6 is awaiting the update. And in this guide, we will guide you on how to download and install Samsung Galaxy Tab S6 Android 10 with OneUI 2.0 update. 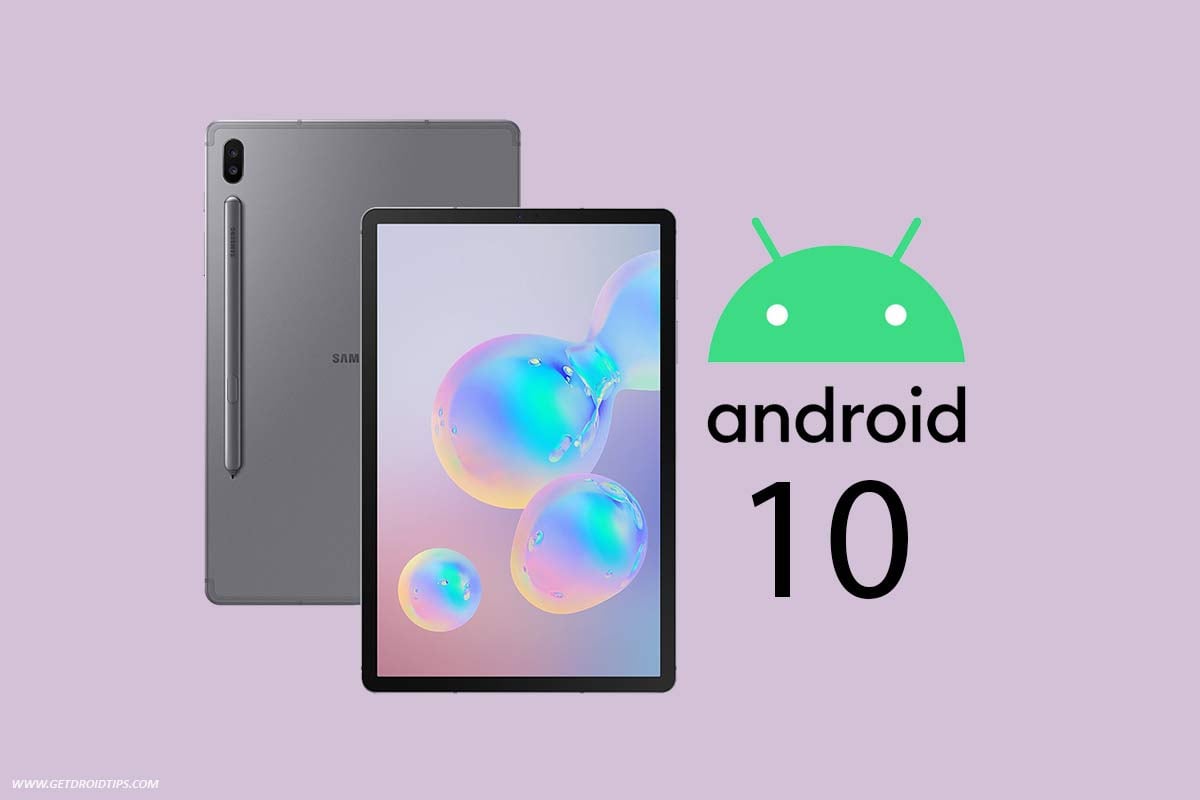 Make sure to download the pre-required files and drivers on your PC. Follow the step by step guide to successfully flash the Galaxy Tab S6 Android 10 with One UI 2.0.

Below are both the methods via which you can install the One UI 2.0 based on Android 10 update on your Galaxy Tab S6.