Google is now getting closer to officially and publicly announcing the latest iteration of Android OS called Android 12 in a few days or so at the time of writing this article. Currently, the Android 12 Public Beta build is getting a couple of custom firmware already after releasing the Android 12 AOSP code officially. Now, if you’ve already rooted and flashed firmware on your handset, check out How to Pass SafetyNet on Rooted Android 12.

Well, SafetyNet is a security feature of Google for its newer generation of Android OS running smartphones and tablet devices that basically prevents a rooted Android device user from using banking-related apps or making transactions in most cases due to the security vulnerability. Although Android 12 is more focused on Material You design and plenty of customizations, useful features, etc, some users might find rooting more helpful.

What is Universal SafetyNet Fix, and How to Install This Magisk Module?

In that scenario, if you’re also going to root your Android 12 device or have already done it then you may find out that the device SafetyNet didn’t get bypassed on Android 12, unlike its previous generations. SafetyNet is an API that comes integrated into the Android OS by Google to check whether your handset has been modified or not. If it checks right then your device will be able to open or use some security-centric apps properly. 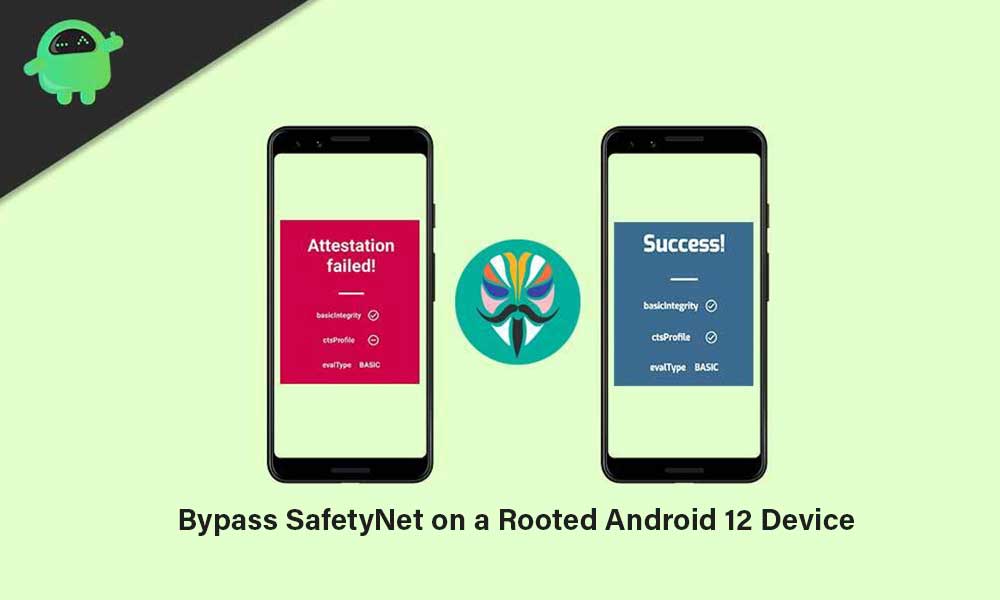 When SafetyNet fails to check the system as well as a hardware-based attestation to ensure integrity, your device won’t be able to use most of the online banking applications, streaming services like Netflix, Pokemon Go, and more.

Using the Magisk root method, it was quite easy for users to avoid or bypass SafetyNet in previous Android operating systems. Now, it seems that avoiding SafetyNet becomes quite hard with each Android release.

Luckily, there is a possible way to bypass SafetyNet on your Android 12 handset that you’ve recently rooted. We’re assuming that you’ve already rooted your device via Magisk and have already installed the Magisk App on the handset. Now, head over to the guide below to follow all the steps properly.

Disclaimer: GetDroidTips won’t be held responsible for any kind of issues that may happen on your device during/after following this guide. You should know what you’re doing and proceed at your own risk.

Must Read: How to Enable Developer Options and USB Debugging Running on Android 12 Phones

A huge thanks to XDA Senior Member kdrag0n for creating this module that basically completes the bypassing SafetyNet (BASIC attestation) process properly. To do so:

This is how you can systematically bypass Google’s SafetyNet security feature on your rooted Android 12 handset. if you’re facing errors then make sure to choose a different device model between the mentioned ones and try performing all steps again one by one.