When it comes to systemless root access with the hiding feature of Google’s SafetyNet security measure on Android devices, Magisk is the best. Using Magisk and Magisk Manager, you can easily enable root access on any of your Android devices without messing with the system partitions, which means you’ll still receive software updates, use banking apps, etc. But How to Fix Magisk SafetyNet API Error if you’re facing it.

Well, rooting your Android handset brings a bunch of goodies and unlimited customization possibilities. But it also has a fair amount of issues or errors if you don’t follow the rooting steps properly or even the SafetyNet detects any subsystem level changes or tweaks using Magisk. So, if the SafetyNet feature flag gets triggered, this will happen. 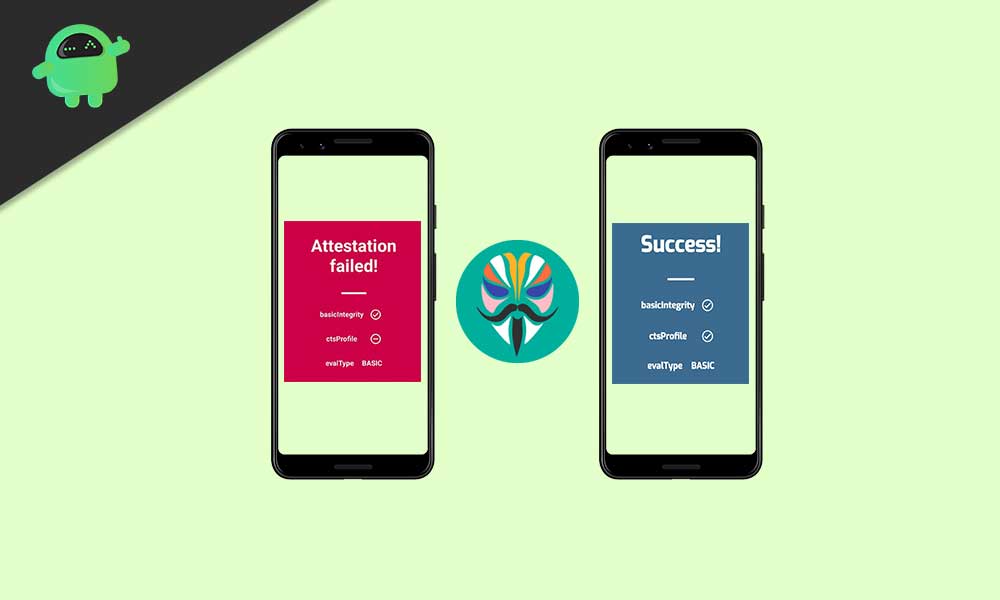 What is Magisk Safetynet API?

If you’re using Android for a while or a die-hard fan of it for years, then you should have known about the rooting and Magisk. It offers systemless root access to modify the subsystem of your Android device without actually messing with the system partition or system files.

So, the original system files will remain untouched, and therefore, your device can’t be detected by Google’s SafetyNet. Google’s SafetyNet is one of the top security measures that come preloaded on the latest Android devices to prevent the use of unnecessary third-party tools or files by tweaking the system. SafetyNet can easily detect whenever your device system gets tampered with or modified by using any apps or tools externally.

It basically prevents your device from those not secured app or files in order to increase security and data privacy. Google’s SafetyNet detects the rooted device even with Magisk sometimes and blocks certain apps from running or opening properly such as any of the banking-related apps, Google Pay, Netflix, Pokemon GO, etc.

Here we’ve shared all the step-by-step methods to fix such an issue. So, without wasting any more time, let’s jump into it.

It’s one of the common reasons for most of the Magisk app users that they don’t even check for available updates or even install the updates for ages. Just like any other mobile apps, if you don’t install updates for a while, the app starts behaving weirdly and that may trigger several issues. To do so:

It’s also highly recommended to switch to the latest Magisk Canary build on your device in order to get more features, improvements, and stability performance than the previous builds. To do so:

At the time of writing this article, the Magisk v23.0 has fixed the API errors of SafetyNet.

How to Fix Magisk Module Bootloop Without Factory Reset

That’s it, guys. We hope you’ve found this guide helpful. For additional queries, you can comment below.