As rooting is also known as one of the exploits on Android, Google introduces SafetyNet security measure that needs to be passed successfully on Android devices to fully work some apps or services. Mostly the banking apps, online payment apps, and some games have some compatibility issues with rooted devices. Now, if you’ve recently rooted your Pixel 6 series then check how to Pass SafetyNet in Rooted Pixel 6 and 6 Pro.

Google did release the Pixel 6 and Pixel 6 Pro a couple of weeks ago with Android 12 out of the box. It’s needless to say that Android users are mostly interested in bootloader unlocking, flashing custom firmware, rooting, installing custom modules, etc. However, that’s not the only stage to overcome. There are more to go such as validation of the SafetyNet feature after enabling root access. Otherwise, you may not run some useful apps even on a rooted device.

Like we mentioned, without the SafetyNet validation process on your rooted device, you won’t be able to run some banking or payment apps, and some games like Pokemon Go. Though gaming isn’t used by everyone, when it comes to using banking apps or online payment apps, these can be used by millions of users every day. Luckily, we’ve shared with you the steps to easily pass the SafetyNet security feature on your rooted Pixel 6 series. 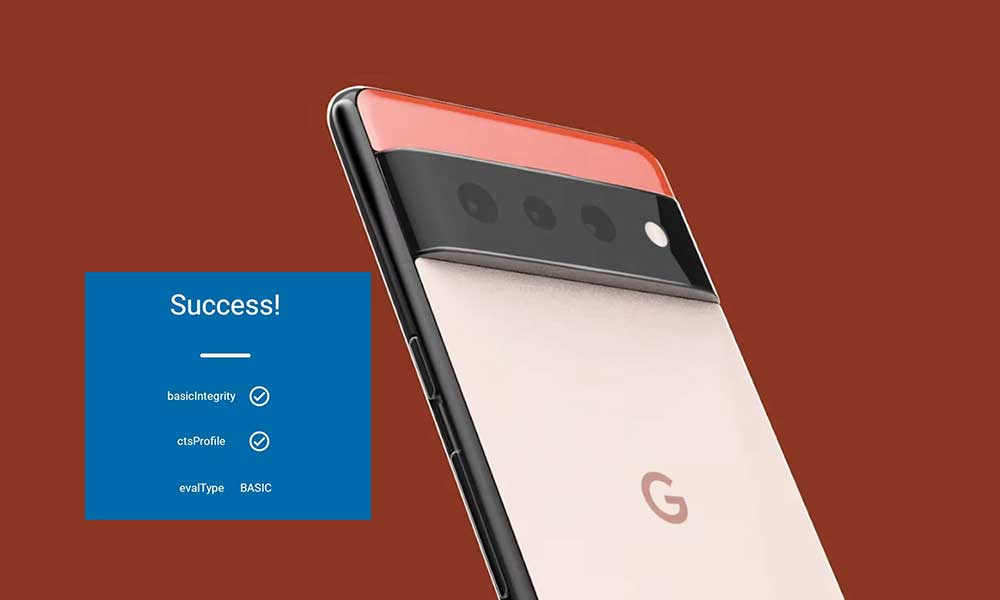 After rooting your device via Magisk, when you try checking the root status, it may show you failed status for SafetyNet. So, without wasting any more time, let’s get into it.

Disclaimer: GetDroidTips won’t be held responsible for any kind of damage/error that may occur on your device while/after following this guide. You should know what you’re doing. Proceed at your own risk.

First of all, you’ll have to unlock the bootloader and enable root access on your Google Pixel 6 or Pixel 6 Pro using Magisk by following this in-depth guide. As you’re reading this article, we’re assuming that you’ve already rooted your Pixel 6 series. Once rooted, you’ll have to follow the next method.

Now, you’ll have to flash the latest version of the USNF (Universal SafetyNet Fix) module via Magisk. To do so:

‘Magisk Hide’ is now named ‘DenyList’ in Magisk. If you don’t know what is Magisk Hide, it’s a powerful feature that comes within Magisk and allows you to temporarily hide root status from several installed apps on your device straight away. Now, you’ll have to enable it and then configure it too.

Note: Not only do the banking apps need to be enabled for DenyList but also recommended for other online payment apps such as Google Pay apart from core services like Google Play Services, etc.

Some security-centric apps or services not only check for the SafetyNet flag but also check whether the Magisk app is installed on your device or not. So, you’ll need to hide the Magisk app with a different package name by following the steps below:

Now, you’ll have to clear the Google Play Services app data on your device to remove the glitch.