Realme becomes one of the budget segment smartphone brands in India after Xiaomi in the true sense. Oppo’s sub-brand is really working hard to fulfill the demands of consumers by releasing multiple price segment devices with almost every useful feature. This year Realme has already launched so many smartphones and when it comes to the C series devices, there are three in the market right now as Realme C11, Realme C12, and Realme C15. As all three models do come with Realme UI 1.0 over Android 10 preloaded, most of the users are now asking whether Realme C11, C12, and C15 will receive the Android 11 (Realme UI 2.0) update officially or not. Are you one of them? Check this out.

Realme officials have said recently that once Google releases the stable Android 11 version officially, Realme will soon announce the Realme UI 2.0 update timeline for its eligible devices. At the time of writing this article, Google has just released the Android 11 stable version officially for its Pixel series devices on Sep 08, 2020. While some of the non-Pixel Android smartphone models are still running on the developer preview beta build.

Although Realme hasn’t come yet with its update roadmap, the company is currently pushing the Realme UI 2.0 (Android 11) beta update to its Realme X50 Pro handset as promised. So, it’s expected that soon the OEM will also announce the update schedule for the rest of the compatible devices so that they can start the beta testing programs and users will also become able to participate in it. However, the interested Realme C11/C12/C15 users who don’t want to wait further can manually flash the Android 11 GSI build from here. 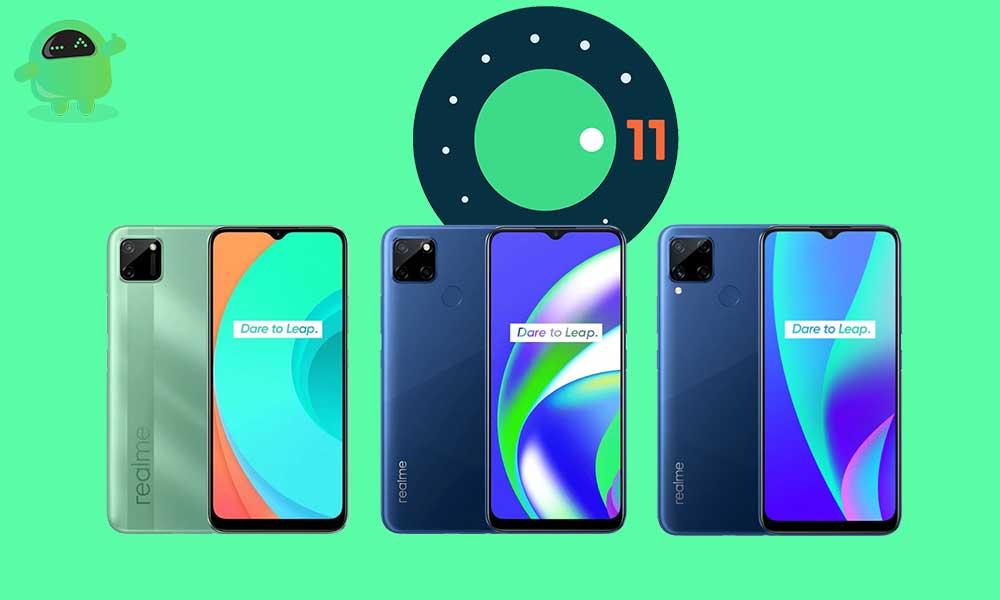 Updated on July 24, 2021: Finally, both the Realme C12 and C15 are getting the latest stable Android 11 update on top of the Realme UI 2.0 version. Obviously, the OTA update will roll out in batches and more units will start receiving the same if there is no major bug found. The specific firmware OTA update has arrived with the firmware version RMX2180_11.C.05 for Realme C15 and RMX2189_11.C.05 for Realme C12.

In the latest version, users can also be able to remove a folder or combine two or more folders together. Both the Realme C12 and C15 models now have an option to toggle app lock directly from the quick toggle settings. Additionally, a low battery reminder or message is now available that will send the smartphone’s location whenever the battery is less than 15%. Realme has also included a powerful SOS feature than before.

Whereas Realme has also included the Sleep Capsule feature on both the Realme C12 and C15 models with the Android 11-based Realme UI 2.0 stable update. This particular feature help users to schedule and monitor their sleep data as well as it’ll also prevent higher usage of the mobile during the night to get you a proper sleep.

Updated on February 9, 2021: After rolling the Realme UI 2.0 beta for the Realme C12 and Realme C15 in India last month, the company today rolled the second beta build for the device with software version RMX2189_11_C.02 and RMX2180_11_C.02. The update also brings improvements and bug fixes.

Before getting into any conclusion, all the three Realme C11, C12, C15 models are running on the same Android 10 software version, the same MediaTek Helio G35 processor with a couple of RAM variants, obviously. So, it’s worth mentioning that Realme follows the same software update policy for its devices which provides two major Android OS updates.

That means all the three Realme C11, C12, C15 models will definitely receive the Android 11 as well as Android 12 update respectively. However, at the time of writing this article, there is no official statement or leaks available yet regarding the Android 11 update.

So, we may have to wait for a couple of days at least. Meanwhile, we will keep updating this article whenever any information arrives. Till then stay tuned for more info.