If you love to play Zombie Survival games then you might have heard about Project Zomboid. The Project Zomboid is a zombie survival game where you have to loot, build, craft, fight, farm, etc in the aspect to struggle to survive in-game from the Zombies. The Project Zomboid comes with a vast map and gives the users a thrilling map where they have to protect themselves from the Zombies. It comes with a customizable sandbox which will help in playing the game. The game was released on November 8, 2013, and it was developed by Indie Stone.

Project Zomboid is very much inspired by Minecraft. So, the game has been developed in a way that looks very much similar to Minecraft, and some of the features are also like it. You have to build your own base to protect yourselves from Zombies. Also, you have to kill the Zombies by blowing their minds. Make sure you have all the proper weapons through which you will defend yourself. The game has a lot of features. And, it also has Cars through which you can roam on the map to find the essential products.

But, what will you do if the Zombies damaged your car or if the car is facing some issue? So, today, we are here with the guide for repairing cars in the Project Zomboid game. 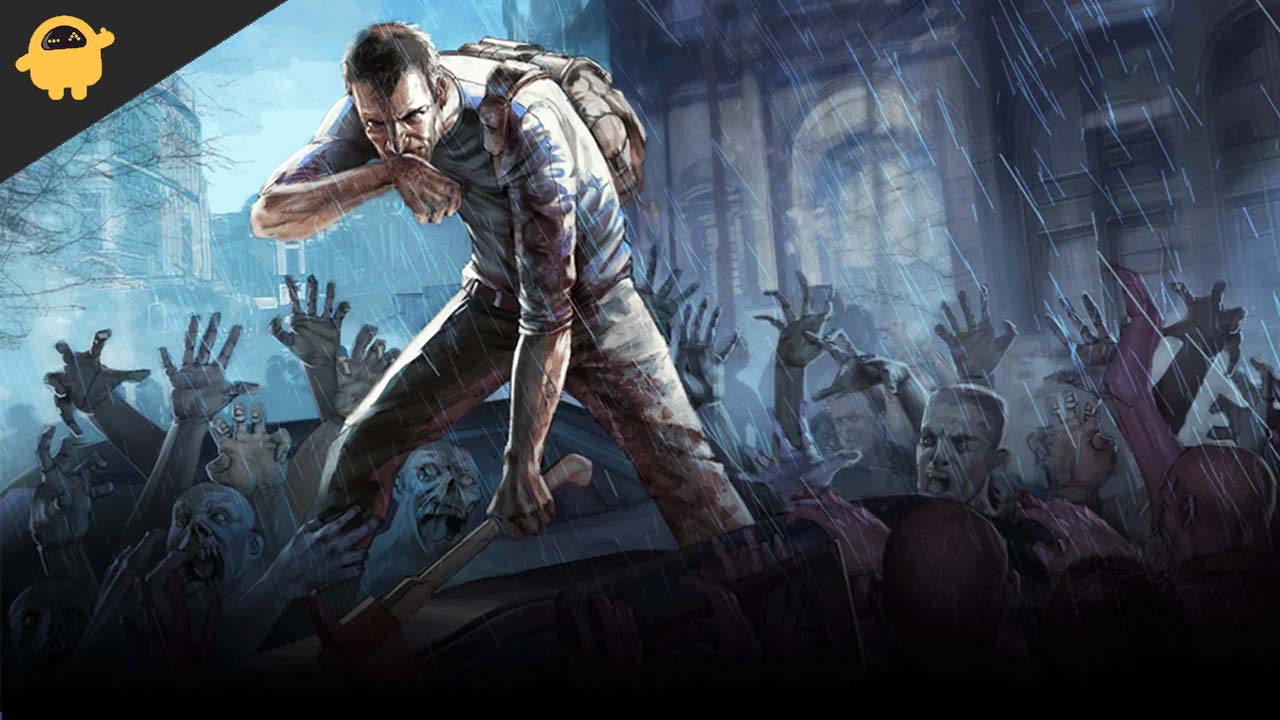 Why You Have To Repair Cars in the Game 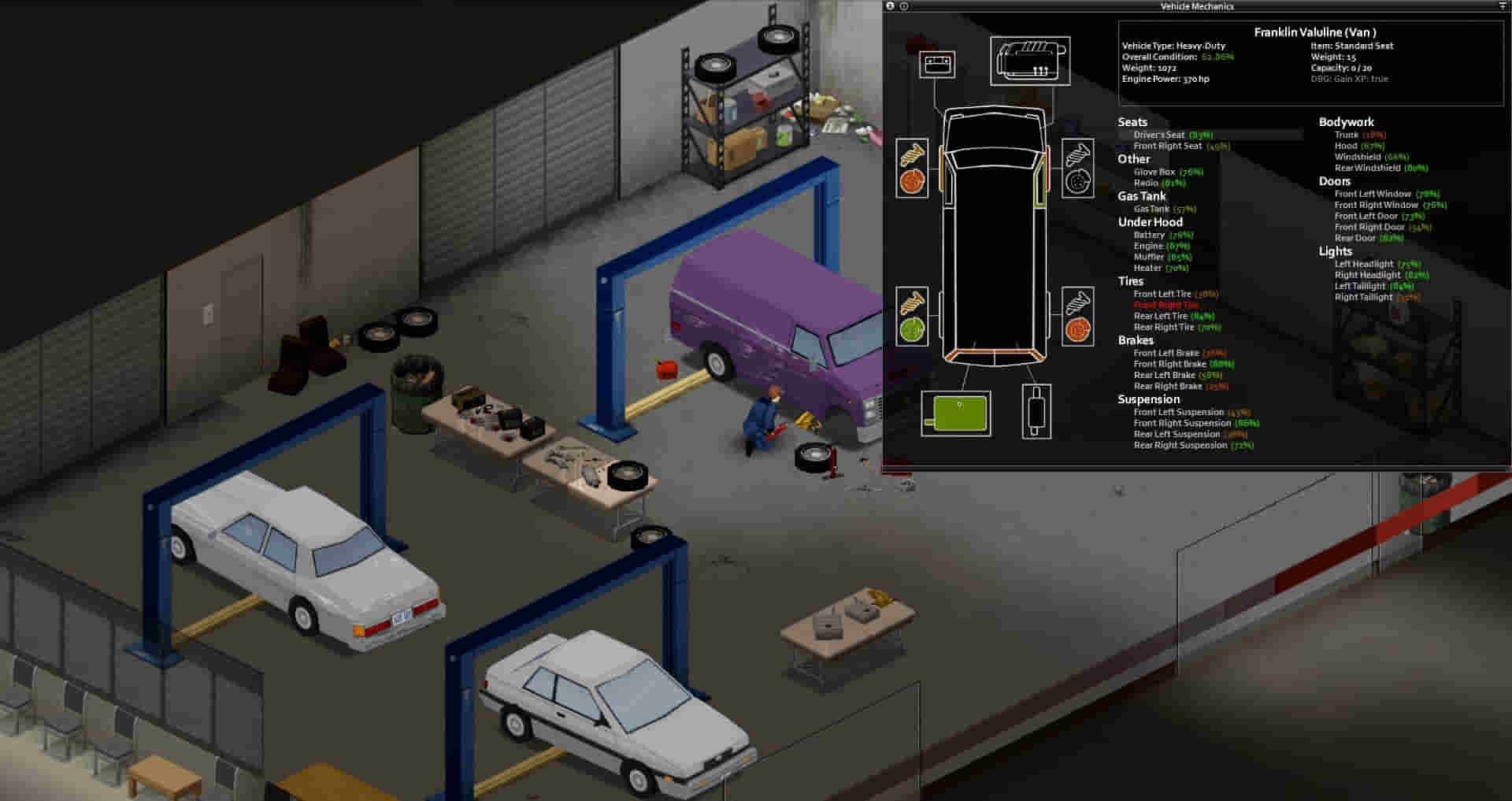 For leveling up the Mechanic Skills, the player needs to start scrapping parts from the vehicle through which they will get experience. You will definitely gain the XP whether you fail or pass in scrapping parts. And, when you fail more, the more you will increase your skill. So, it is also important that you pick a vehicle that is of no use so that you can practice scrapping and removing parts from it.

When you are choosing the character, you can choose the Mechanic occupation which has base +3 mechanics skills. And, it makes you familiar with all the vehicles on the road of Kentucky. You will also get the option of Amateur Mechanic which will reward you with +1 for the skill. So, it gives you the knowledge to perform the most common and basic repairs.

There are three manuals provided that will give you the ability to repair certain car types if you don’t have the skills from an occupation. So, the manuals are the Laines Auto Manual Commercial Models, Performance Models, and Standard Models. So, when you collect them all, you will be able to work in any regular car in the game.

Steps To Repair Cars in the Game

So, after getting the skills. When you are ready to work on repairing a car. Then, right-click the vehicle and select vehicle mechanics. After it, the character will then walk over to the hood of the car and will interact with it, along with a mechanics menu through which you will be repairing the car. You will also get some basic information that will be about the car, vehicle type, weight, and much more.

So, if you have to remove or install a part, then find it in the mechanic’s menu and then click on it. It will bring the menu where you will choose what you want to do and see the required parts for it. You will also see a recommended level, but that is not mandatory. So, if you are under the recommended level then you can still try. As we have mentioned earlier that you will gain XP even after failing.

In case, if you want to repair a part of the car, then you will need to remove it from the car before interacting with it in your inventory to repair it. The repairing part will consume certain materials such as metal sheets, and bolts for which you have to go to the garage storage unit to find the material to start repairing the parts. By doing this you will be able to repair the cars in Project Zomboid. You will also require a tool for repairing parts. So, check out how will you find it.

Where to Find Tools?

You will be able to find these parts by searching in warehouses, storage units, and garages. Some might also be found in gas stations, where you will also get gas for your car in Project Zomboid. Also, some parts like Gas Tank, brake, and suspension will require multiple tools to repair. So, the Gas Tank will require a Screwdriver and Wrench, while brakes and suspension will need a jack and wrench. Also, We will also need a jack and lug wrench to remove the tires.

So, in this article, we have told you about repairing a car in Project Zomboid. And, we have also explained the ways through which you will gain experience in mechanics skills. Along with it, we have also discussed through which you will be able to find the required tools for repairing the cars. Therefore, I hope you were able to understand it. So, if you have any suggestions, then do share them with us in the comment section below.