Similar to Google Assistant, Apple has also developed a personal assistant Siri for its macOS and iOS devices. Siri developed by Apple is nowhere close to Google’s assistant, but recently Siri has gone through drastic updates that have improved Siri drastically. Siri is now able to work with third-party applications, and it is integrated with all major applications like Spotify, Pandora, etc. That means now you can command Siri to play songs using the third-party application, which is quite a noticeable feature. And with the new Siri suggestions integration in the Apple mail app, you can do blunders.

More like Google, Siri does keep track of its user’s recent apps, recent activities and much more, this helps Siri to suggest new apps, predict what you will do next, and much more. Overall it will make your life easier because now you can handle your daily task like Mails, Alarms, etc. using voice commands on Siri with personalized suggestions. 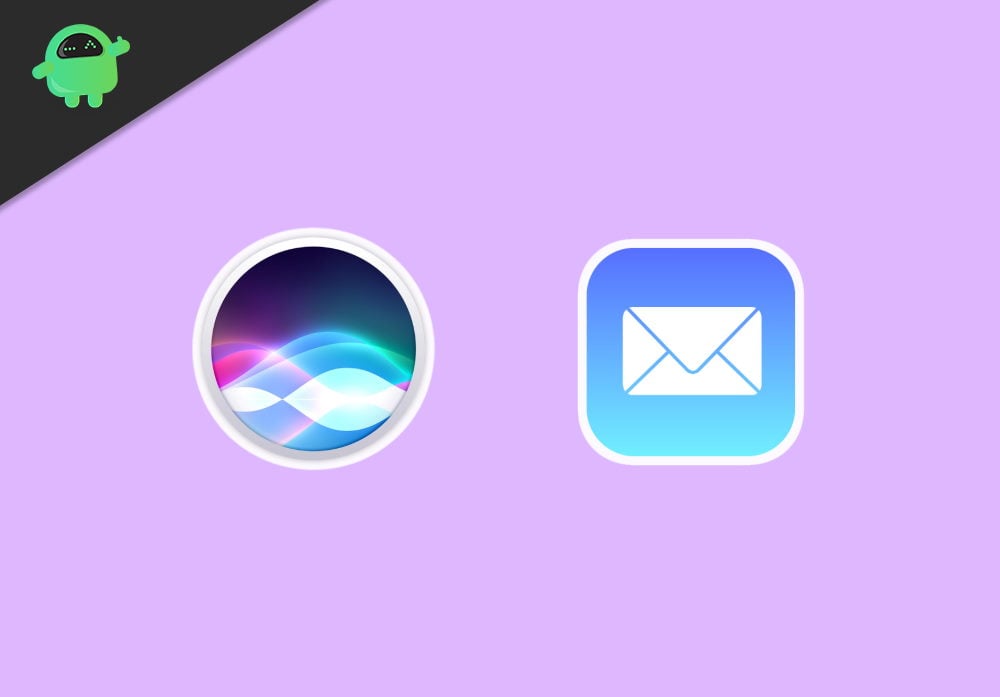 How to Use Siri Suggestions in Mail App on iOS and macOS?

You can proceed to follow the steps mentioned below to use Siri’s suggestions in the Mail app, depending on your device.

Enabling Siri suggestions in Mail App on iOS or iPad

Step 1) Firstly, go to the Settings app on your iOS device, click on the Mail option in the settings app. 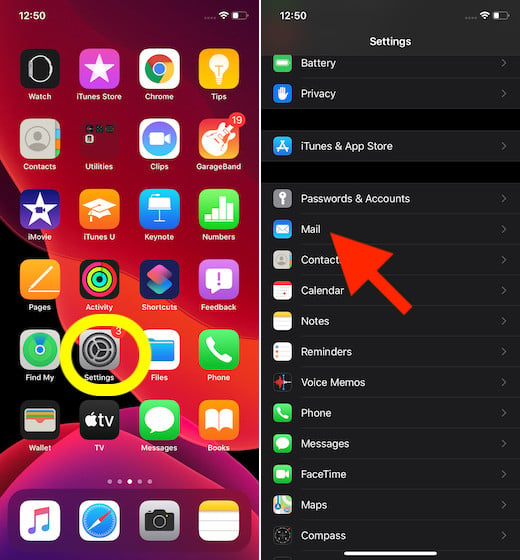 Step 2) On the next page, tap on the first option Siri & Search.

Step 3) The last step is to toggle on the Show Siri Suggestions in App option, and you are done. You will now have suggestions in the Mail app.

Step 1) Open up the System Preference app on your MacBook from the launchpad. 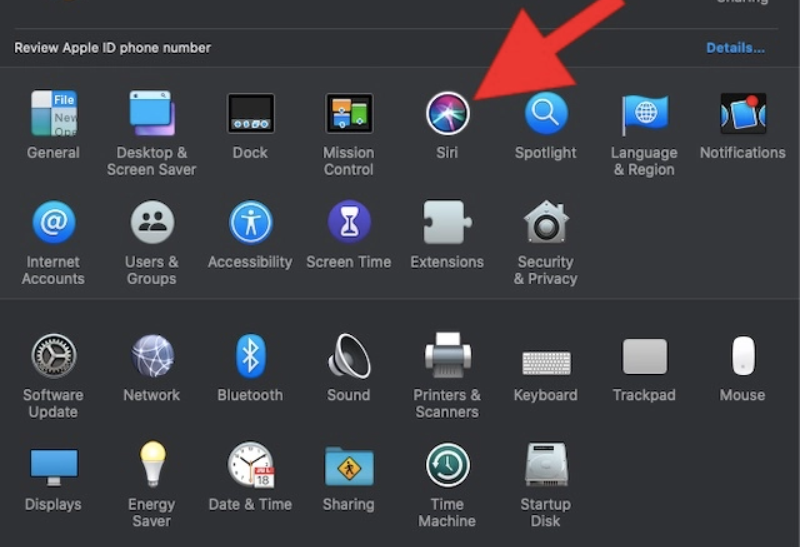 Step 3) After you have opened the Siri page, go to the option Siri Suggestions & Privacy located at the bottom right of the screen.

Step 4) On the next page, select Mail on the left pane of the Window, and on the right side, check both the boxes Show Siri Suggestions in App to enable the suggestions and Learn form this App to have personalized suggestions. Then just click click on the Done button below, and you are all set. 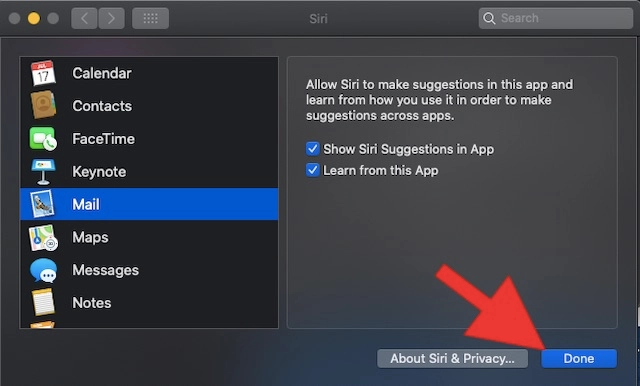 Siri is a great virtual assistant and adding it up with Apple Mail, you can wonder with it. So follow this guide to Use Siri Suggestions in Mail App on iOS and macOS devices. And in case of any trouble, feel free to drop a comment down below.