Sony is a popular television manufacturer company with its products ranging from affordable to most premium segments. According to a Counterpoint Research report, Sony was the most sound brand in India in the >40,000 price range. Although Sony is known for offering quality products, their smart TVs can sometimes throw errors. This article will look at various methods to fix the Sony smart TV when it’s not turning on.

How To Fix Sony Smart TV Black Screen Of Death 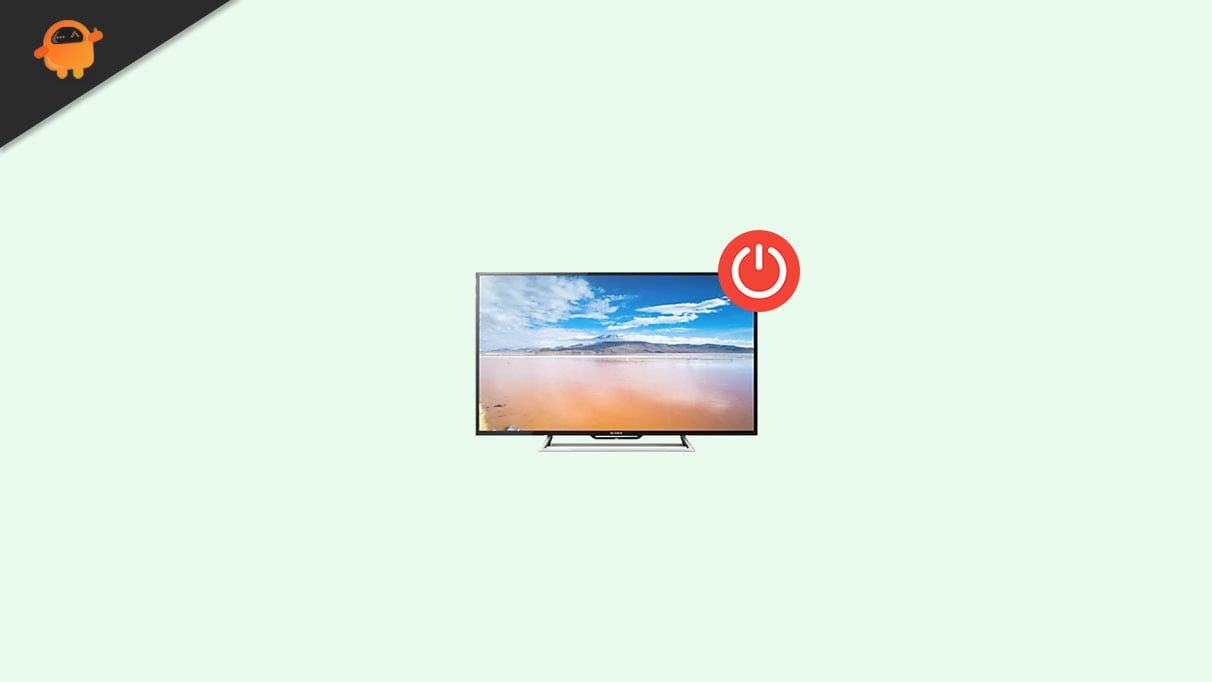 Fix 1: Check if the power cable is plugged in properly

Manier times, it’s the issue with the cable connection that does not allow the smart TV to turn on. To rule out this possibility, make sure that one end of the power cable is properly connected to the TV and the other end to the wall switch. After this, turn on the power switch and then turn on the power button on the remote.

Sony has added helpful LED indicator lights in the newer models that blink in different colors, indicating that it has detected an error. Check the blinking color on your Sony smart TV and match it with the following condition.

Red: A blinking red light means that the smart TV has detected a system error. If the red light blinks 8 times, stops, and then repeats, perform the steps mentioned below.

Orange: A solid amber or orange light means that a time is active on the TV. It could be a Sleep Timer that will turn off the TV after the specified time or an On/Off Timer that turns the TV on and off at set times. Some models show a blinking orange LED light when a software update is being installed. Do not turn off your television during software upgradation.

Green: A green blinking LED light appears when the TV turns on. The light stops after the television boots successfully. If the light blinks and the TV does not turn on, unplug the TV and connect it again after three minutes.

White: The white LED indicates that the TV is working normally.

Fix 4: Check if the remote is working properly

There could also be some problems with the TV remote, so it might not work even after replacing the battery. Before getting to the store to purchase the battery, you can simply press the power button on the TV to check if there’s an issue with the remote or if the problem is something else.

Sony Bravia TV Not Reading or Recognising USB, How to Fix?

Whenever a minor issue occurs on our phone, it often gets fixed by performing a soft reset. This trick even works with the TVs. To perform a power reset, unplug the power cable for at least 2-3 minutes and then plug it back. Now, turn the power on.

Which method helped you in turning on your Sony smart TV? Share your thoughts in the comments below.