For any device to survive underwater, it needs to have an IP68 waterproof resistance certification. Most flagship devices from Samsung and Apple do have IP68 certification. But when it comes to Sony Xperia L4, the device falls in the mid-range segment. But there are many other mid-range smartphones which do come with splashproof coating and certifications. So today, we will do the Sony Xperia L4 waterproof test to see whether the device can survive underwater or not. 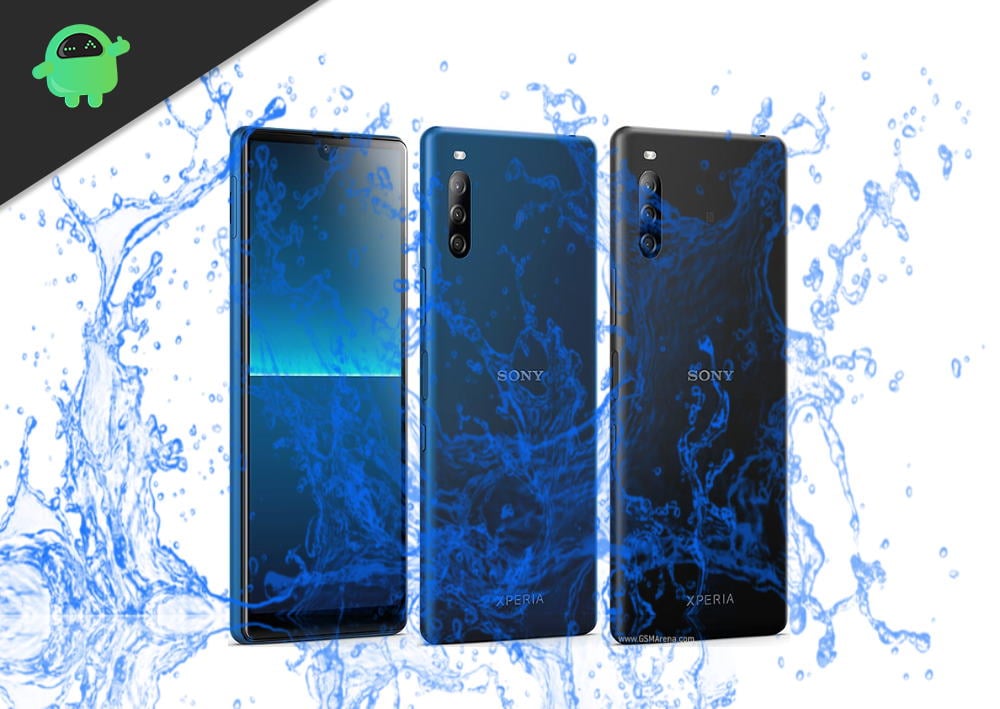 A device that can be easily used while heavy rain or while taking a shower or while you are in a pool. Whether accidental or intentional contact with water may damage your smartphone until it is a waterproof one, how a device is considered waterproof? The answer is an IP rating. An IP rating specifies, to what extent a smartphone is safe from water damage.

A new smartphone in the family of mid-range smartphone devices by Sony in launched in April 2020. Packed with a 6.2 inch 720×1680 HD display for watching movies and stuff. New generation Helio P22 chipset form Mediatek is powering this phone with an octa-core CPU of 2GHz Clock. Storing your pictures on its 64GB onboard storage and allowing users to stay connected, always-on social media with its highly optimized 3GB of Ram combined with PowerVR GE8320 GPU for smooth graphics rendering.

Famous for making camera smartphones, Sony fixed an impressive camera setup on this mid-range device. Shooting with a 13MP main camera, it can record 1080p videos. Can shoot ultra-wide shots with sony’s ultra-wide sensor and most liked portrait mode is available too. For making videos call and taking decent selfies, an 8MP front-facing camera in enough. Sony has not compromised with NFC on this smartphone. So that its users can pay at various stores and POS terminals, it consists of all basic sensors like accelerometer, gyroscope, compass. For more security, Sony fixed an ultra-fast side-mounted fingerprint scanner, so allowing the user to protect their phone with there biometrics. A big Battery of 3580 mAh is rapidly charged through USB Power Delivery via its USB Type-C port.

The first test is light exposer. In this, we expose the device under light water spray as similar to light rain. So we use a shower as a rain, Sony Xperia L4 is put under the direct shower for 15 sec. after that we observed that it there was a little muffle in the bottom speaker and ringer, Other than that everything was working fine.

The Second test is heavy rain. So we used a tap with normal pressure, exposing the Phone under tap makes the test more water intense. This result of this test was damage in charging port, Touch issues like ghost touch, and miss touch. From these two, it is clear that the phone is not waterproof. Still, we did one more test.

Now immersing the smartphone in a container filled with water for 10 mins. The result was sad. Sony Xperia L4 almost died in this test. The camera was not responding, Display faded and was filled with water.

The new Sony Xperia L4 is definitely not a waterproof device. So always keep it away from water. Other than that, it is a good smartphone with a good performing camera setup and a decent 21:9 long display for watching Netflix and stuff.