In the summer, foraging at The Beach yields the Rainbow Shell. It can be purchased via the Traveling Cart during the off-seasons. It could also be received as a gift from Jas or Vincent at the Feast of the Winter Star, or it could be sent in the mail as a gift from Demetrius. When the Rainbow Trout Fish Pond population reaches 9, it has a 2% chance of producing 1 Rainbow Shell per day.

There are numerous useful items scattered around the world of Stardew Valley. While some are difficult to come by, some are rare, but a few, like the Rainbow Shell, are a mix of the two. This interesting carapace can not only be used to create a one-of-a-kind piece of clothing, but it can also be used to dye other garments in any color you desire. 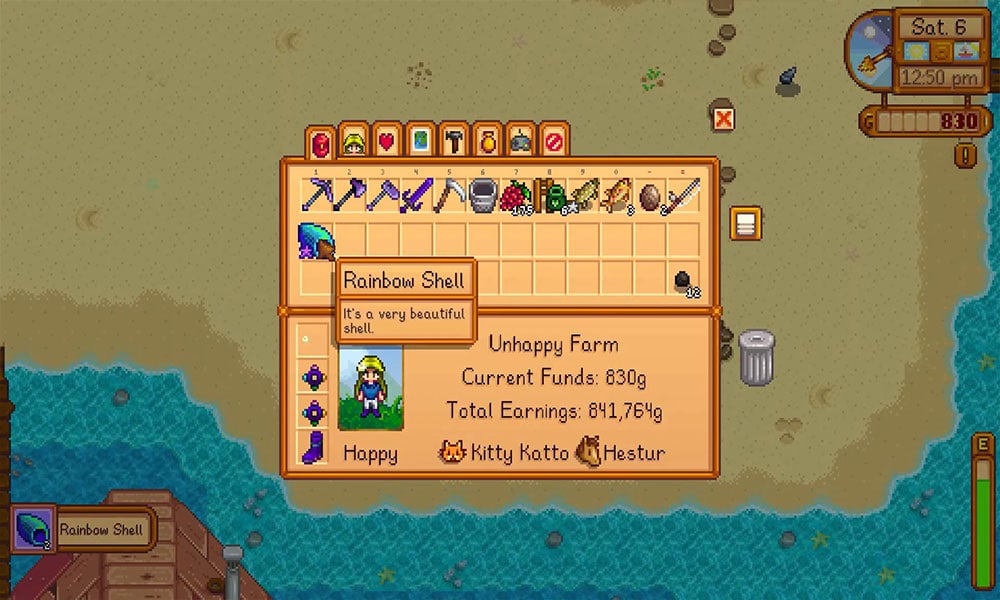 How to get a Rainbow Shell in Stardew Valley

During the summer, the only way to obtain a Rainbow Shell in Stardew Valley is to find one on the beach. During other seasons, a Rainbow Shell can be purchased from the Traveling Cart or spawned from a Rainbow Trout fish pond.

Foraging is the most straightforward option available. During the summer, you’ll need to explore the beach south of Stardew Valley in particular. A tiny shell with a blueish-green hue is what you’re looking for. They don’t show up all that often, but when they do, they should be noticed. 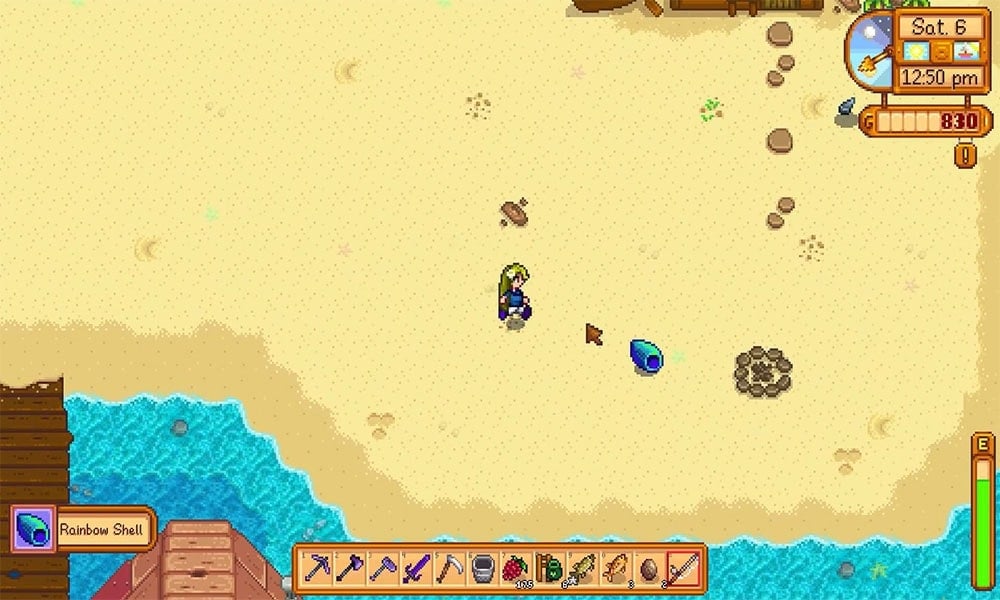 Interestingly, you can also receive a Rainbow Shell as a gift. However, it depends on how high your relationship levels are. Moreover, Demetrius will occasionally send gifts in the mail once your friendship has been established.

Either way, the possibility is less than his presence in the shell. Also, it is possible to reload your save game after getting a parcel from Demetrius before the shell appears. Otherwise, during the Feast of the Winter Star, one could be given as a random gift.

You’ll need to set up a Rainbow Trout fish pond if you want to farm for Rainbow Shells. There’s a two percent chance that a Rainbow Shell will spawn every day if your pond has at least nine Rainbow Trout. Furthermore, you can still catch trout to use in some of the game’s best recipes.

So, in the first place, why would someone want a Rainbow Shell? It turns out that it’s one of the best objects for dying clothes. Unlike the other dye pots at Emily’s sewing machine, this shell allows players to pick any color they want. It’s also used to make the classic Bikini Top, which is perfect for farmers heading out to Ginger Island in the summer.

Well, there you have it. That’s all you need to know about getting the Rainbow Shell in Stardew Valley. For more updates, subscribe to our YouTube Channel. Don’t forget to check out our  Gaming Guides, Windows Guides, Social Media Guides, iPhone, and Android Guides to know more.