Amazing! This is the first time ever that you can genuinely see the next-gen power with the PS5. Well, Ratchet and Clank have some really fascinating action with high-end animation that is unparalleled. Considerably, Ratchet & Clank is looking like a Pixar movie. Now, talking about the game, it features many exciting things. However, one of my favorites is character switching. Yes, you heard it right. You can switch between Ratchet and Rivet.

Guess what? If you don’t know about this. Then, today we will discuss how to switch between Ratchet and Rivet. So, let’s start with this. 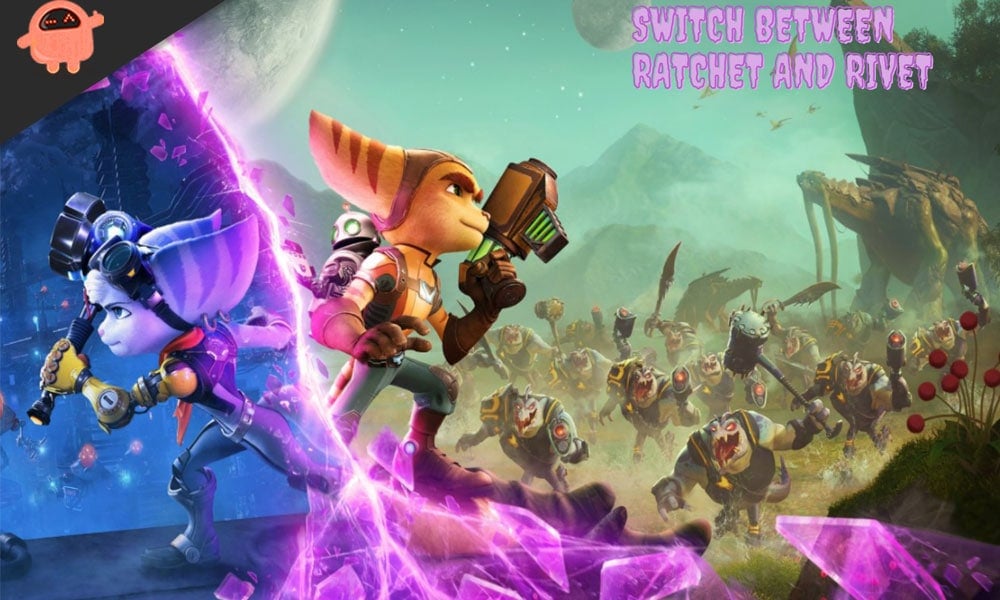 How To Switch Between Ratchet and Rivet

However, for those hoping to switch the character without changing their planets, there’s bad news you cannot switch characters without changing to a new location. In a nutshell, if you are using Rivet, you can only go through the Arena, and there’s no way to do so using Ratchet.

Also Read: Fix: Nintendo Switch One Or More Other Consoles Not Responding Error

However, if you are thinking of collecting the Gold Bolts to switch the melee weapon of each character, it is worth nothing. But, yeah! Eventually, using Ratchet, you can unlock the ability to use the Rivet’s hammer. While on the other hand, you can also unlock the ability to equip Ratchet’s wrench using the Ratchet.

In the meantime, once you collected all Gold Bolts, you might be getting astonishingly shocked when you got to know that there are no player model skin swaps. This means that there is no Rivet skin for Ratchet that you can use.

In any situation, it is not likely to exchange the equipment out for Clank and vice-versa. Your character choice depends upon the planet you have visited. Except for weapons, both the characters are looking the same way along with the same matching armor.

Did you get what you are looking for? Tell us in the comment section. However, if you are new here, then I suggest you visit our website for regular gaming content. However, if you have any suggestions for us, let us know.