Terraria made a debut back in 2011 for Microsoft Windows and is now available on multiple gaming platforms. It has a strong player base, but the game has some crash reports reported by several players online. It is an action-based sandbox game and has piqued the interest of many since its launch. The developers of this game have worked a great deal to fix its crashes and bugs, but there are still some errors that need fixing.

In this article, we will take a look at all the common errors that players encounter and provide a fix for all of them. 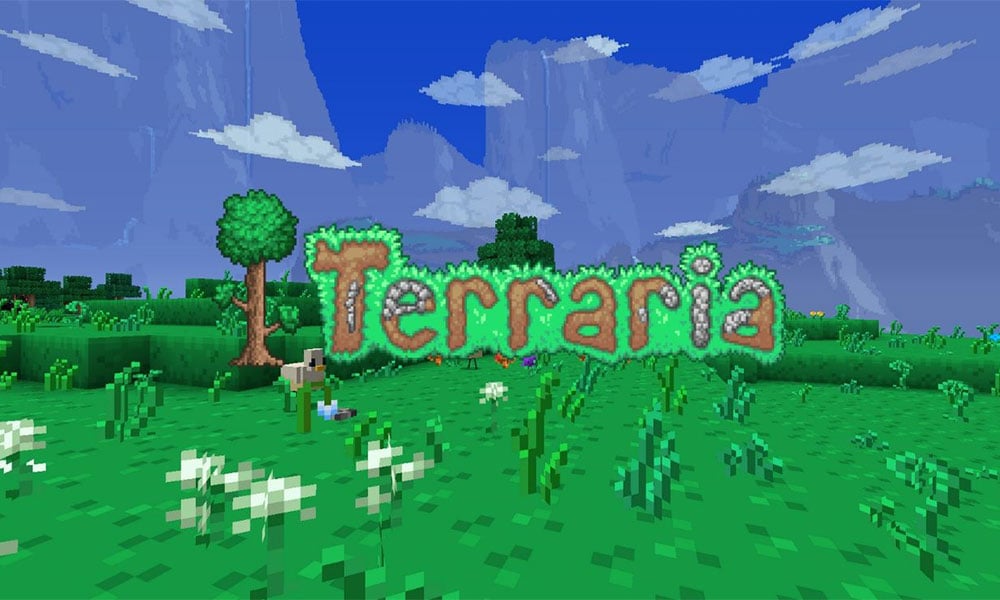 There is not one but a few errors to take care of when it comes to Terraria. These errors are not familiar to all and are only encountered by some. The list of errors includes a black screen, crash at startup, stuttering, and more. So let’s take a look at all of them and also see what you can do to solve these errors.

Occasional stuttering can be annoying when you are looking for decent gameplay. Luckily this stuttering can be fixed with just minor tweaks to the settings. Go to the settings menu inside the game look for the option to turn off vertical sync completely. Now open up Nvidia Control Panel and go to Manage 3D settings. Then go to program settings, select the game from the list of applications that show up and set the vertical sync to On. If that does not work for you, then you can set the Vertical Sync to Fast and try again. This should make the game even smoother than average.

Sometimes pushing the boundaries of the game too much also causes the game to stutter. To mitigate this issue, set the frame rate in the settings of the game to 60 FPS and not higher than that. Anything more than 60 FPS does not go well with the gameplay of Terraria. After making these changes, try rerunning the game, and you should see better performance with no stuttering like before.

This is a standard error we encounter on several PC games nowadays. Also, the reason behind it is common for all games that are facing this issue in your system. You can try three fixes in total, and one of them will do the job for you.

Firstly, you need to uninstall or disable your antivirus or windows defender. Any such application sometimes blocks the games .exe file by recognizing it as a Trojan. If you are concerned about your security and don’t want to uninstall the antivirus completely, then you can try adding the game folder to the exception list for the antivirus.

Next granting administrative rights to the game can also do the job for you. Just right-click on the .exe game file and click on the tab Compatibility. Then check the box next to Run this program as an administrator and apply the changes. Try rerunning the game, and it might fix the startup issue.

Another thing you can try here is uninstalling all the third party monitoring apps. Apps like MSI Afterburn or GeForce Experience could be the reason behind your game crashes. So uninstall all such third party applications and then try relaunching the game.

This is another standard error that we encounter in several PC games. The fix to it is pretty simple and should do the job quickly. The thing about the black screen is that the game runs perfectly, but just the screen does not show up anything. The audio on the background keeps on playing with no visuals at all. If this is the case with you, then press the Alt+Enter buttons together, and it will open up the game in windowed mode. Once your game is in the windowed mode, your visuals should work fine. Now navigate to the video settings of your competition and change the resolution on it to match the one you have on your native display. Then press Alt+Enter again, and the game should run fine with both visuals and audio.

No audio in games is mostly due to Windows 10 new audio settings. To fix the lack of audio in the game, go to Windows 10 settings > System > Sound > Sound Control Panel > Choose the audio device on your system> Click on properties > Click on the tab Spatial Sound > Choose Off. Click on the Apply button you see below and then exit the settings menu. Try relaunching your game now, and it should run fine.

Terraria requires a graphics card to function smoothly and sometimes even though you have one on your system, the game does not use it. It uses the Integrated dedicated graphics, which in turn results in this error. If you see an error that says, ” No suitable graphics card found. Could not find a direct3D device that supports the XNA device framework reach profile”, then try this fix mentioned below.

If you have an Nvidia graphics card, go to Nvidia Control Panel and click on Manage 3D settings. Then go to program settings, select the game from the list of applications that show up, and under the first step, click on Non integrated GPU.

If you have an AMD based graphics card, then go to the windows search bar and look for Device Manager. Open it up as an administrator and from the list of devices click on the Display adapter. Under the display adapter, you will find the Integrated GPU. Simply disable it by right-clicking on it, and your issue will be fixed.

Yes, the error is quite long, but the fix for it is quite simple. Your antivirus or Windows Defender is causing this issue for the game. So just disable the antivirus or windows defender you have on your system, and you should be good to play the game without this error popping up again. If you are concerned about your security and don’t want to disable the antivirus entirely, then you can try adding the game folder to the exception list for the antivirus.

So there you have it, easy fixes for all the common errors that PC players of Terraria encounter during their gameplay. If you have any queries, then comment down below. Also be sure to check out our other guides on iPhone, Windows, Android, Games, and much more for more updates like this.