Lifting the standards of the classic RPGs, Tiny Tina certainly brings some of the best elements in the game. With tons of customization options and classes to choose from, players are always filled with the excitement of finding something new each time. Players can eventually adapt various playstyles and can even combine multiple classes to form a flexible squad. This is indeed one of the best things you will find about Tiny Tina’s Wonderlands.

As players get along with their journey, they come up with different effective and interesting builds while experimenting. Now, since you will have to explore such a massive world, it will surely take enough time to come up with a potential build that suits your playstyle as well.

However, not all of us are willing to lurk around for so long to come up with some unique build. Therefore, today we will talk about some of the best builds in Tiny Tina’s Wonderlands that will give you effective results right from the beginning. 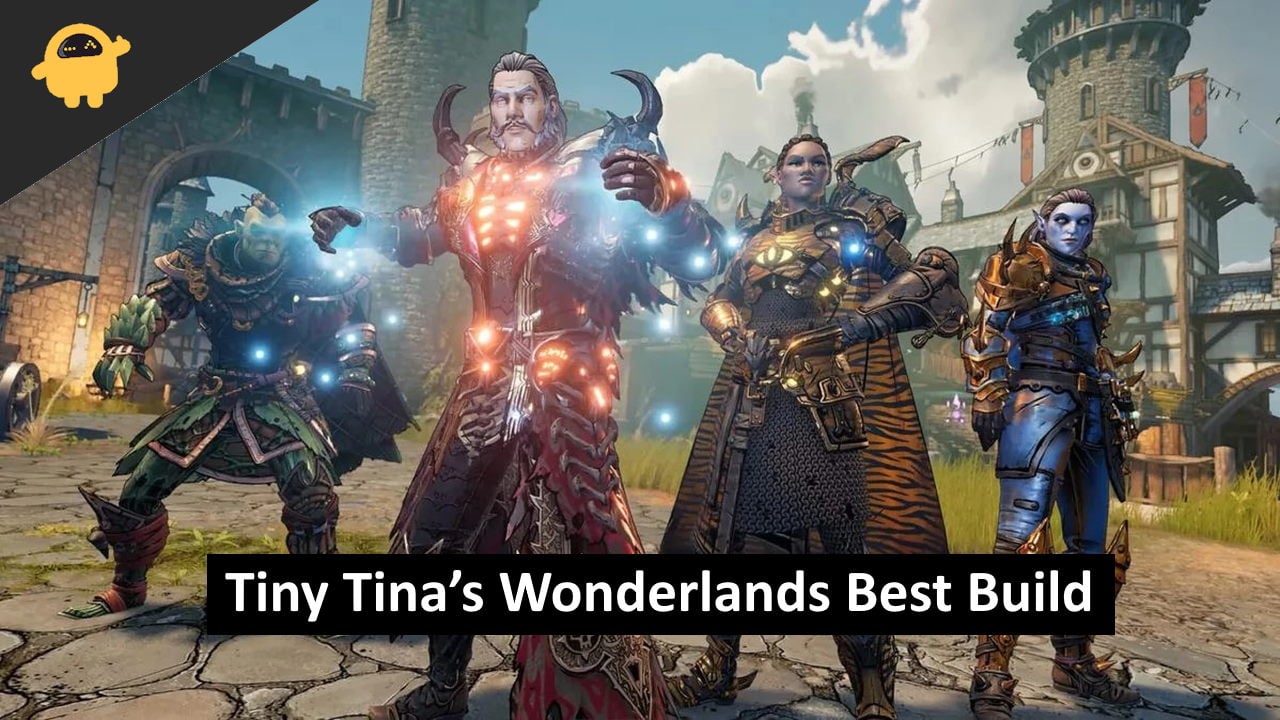 Each build in this list will allow you to wield unique weapons, and powers, and adapt different playstyles. Now, it also depends on your natural playstyle as well. So, based on all the factors, you can give them all a try before coming up with the best build for yourself.

However, it is a good thing if you reach up to 20 Chaos before moving with one of them. It will allow you to lay hands on the higher-tier weapons which further be taken to 40 max level. Going on with higher chaos will simply enhance the foundation of your Tiny Tina’s Wonderland builds.

With that said, here is the list of the best builds in Tiny Tina’s wonderland that you might love to check out. 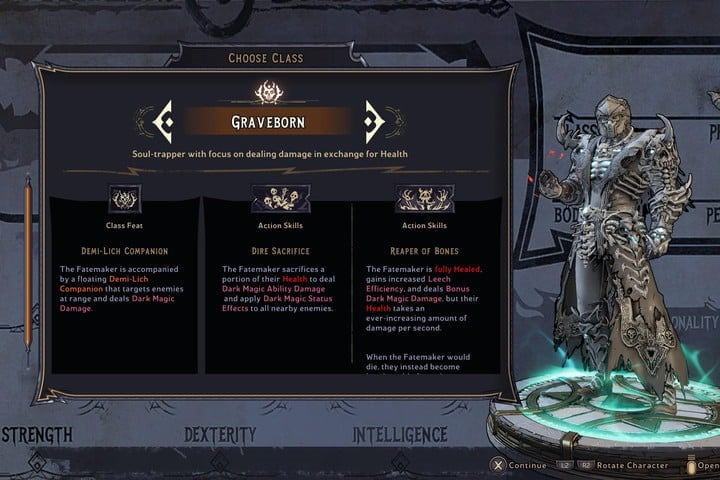 Graveborn basically resembles the Companion built in Tiny Tina’s Wonderland. The main idea of this build is to deal as much damage as possible from the very first second in a fight. Its ability to summon companions is the highlighted part of this build. Besides, it possesses great strength and dexterity.

As we go with it, we can choose its ability to summon as many powerful companions as possible and max out the critical damage. Moreover, the Faithfull Thralls Skill turns out to be one of the most important from the Graveborn Skills Tree. Not only does it increase the damage dealt with each companion but also boosts the respawn rate of the companions. Hence, you can leverage it to summon the maximum number of companions at the very beginning of a fight to quickly deal some severe damage to your enemies.

Apart from that, if combined with the machine for summoning hydras, it almost gets you unstoppable. Since we are to use a little number of spells just to make things better, we can prefer to invest some into Essence Drain to help maintain the cooldown rate and create a balance.

Additionally, we can also go with the combination of Graveborn and Spore Warden classes. This is to get some extra help to turn the tides in our favor. We can simultaneously use the abilities of both these classes to multiply the critical damage. 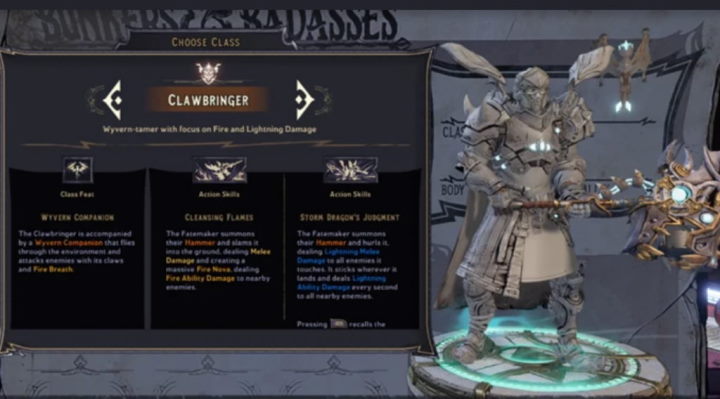 Clawbinger is certainly a complex build in Tiny Tina’s Wonderland. However, it comes with its own perks that eventually turn out to be beneficial for the players. To begin with, the Clawbringer class mainly relies on its lightning damage. With this class, we are basically going to work over the melee build and deal some considerable critical as well as status damage to the enemies.

As for the Clawbringer Skill Tree, it possesses some great enough skills to deal with enemies. Firstly, the Storm Dragon’s Judgement coming out as one of the action skills allows Clawbringer to summon his hammer and throw it with great force toward his enemies. This hammer deals in lightning damage which could be further strengthened using the Oath of Thunder. Well, this kind of reminds of Thor – The God Of Thunder from Marvel.

To take it to the next level, we can also use the Blasthamut’s favor, a kill skill that grants the character to use additional lightning and fire damage. In addition, we also get a companion named Wyvern to keep up with some quality company. Later we can also strengthen Wyvern using Friend to Flame. Coming to the secondary class, the Clawbringer build eventually turns into graveborn and we can get to see all the graveborn abilities as well. 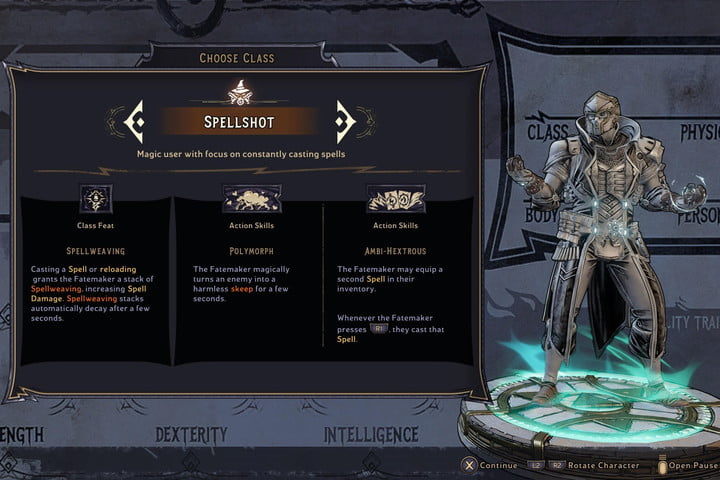 Spellshot is another class that is well known for the unique skill that allows it to equip an additional spell. And this is why it is mostly preferred by the players. The main aim of using this build is to increase critical damage by working on strength and dexterity. And since we will be using a lot of spells for strengthening gun damage and so on, we will also have to increase intelligence as well.

To leverage the Spellshot build in Tiny Tina’s Wonderland, we need to first activate the Ambi-Hextrous skill. By activating this, we will be allowed to equip the second spell which is basically the key of this build.

Our next priority is to work on the gun damage by using abilities like Magic Bullets, Prestidigitation, and Just Warming Up. This will allow us to deal great damage to the enemies. Moreover, it also helps with the spellweaving and spellshot’s too. Then we can invest in High Thread Count which basically helps enhance spellweaving ability by increasing the stacks by +3. And successively our final step should be to work on Sever The Thread. This basically helps any spell cooldowns and somewhat allows us the leverage the Spellshot build to the highest level. 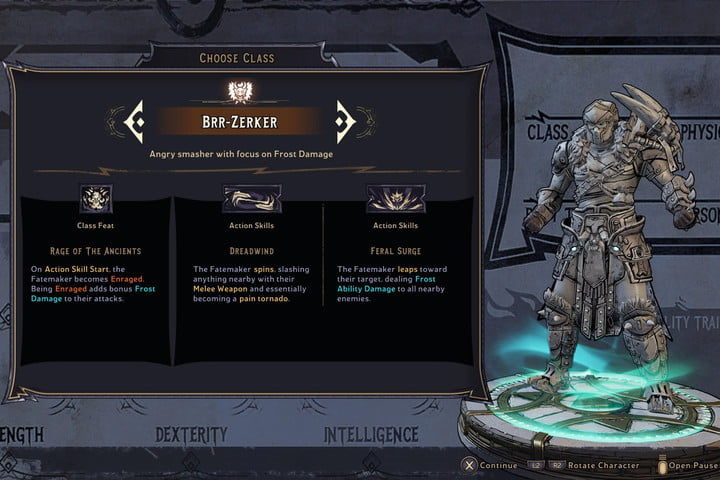 Considering a strong melee build, The Brr-Zerker is just the right build you will need in Tiny Tina’s Wonderland. Talking of melee damage, our main focus is to deal the maximum damage possible. Hence, the more damage skills we have the better it is. Note that with the Brr-Zerker build, we are not going to use too many spells, so we should mostly prioritize increasing our strength and dexterity.

As a melee build, the Brr-Zerker introduces some great skills. For example, the Frost skill is the first pick to deal some significant melee damage to the enemies. The Ancestral Frost skill is super useful since it enhances the frost damage by 20%. Moreover, investing some in the Savagery also brings great benefits as it increases our melee damage by a hefty 24%.

Another great skill to use is The Old Ways skill. Since to land significant melee damage on the enemies, we need to get as close as possible to the enemies, this skill can benefit us by offering bonus damage as well as reducing the damage taken when close to the enemies.

Apart from these, the Relentless Rage skill is highly reliable as it gives us the strength to quickly finish off our enemies. Using this skill while running on low health has proven very effective. Lastly, the Blood Of The Fallen, which is a kill skill provides us with limitless action skills. However, knowing the correct time to use it will greatly help you in every battle. 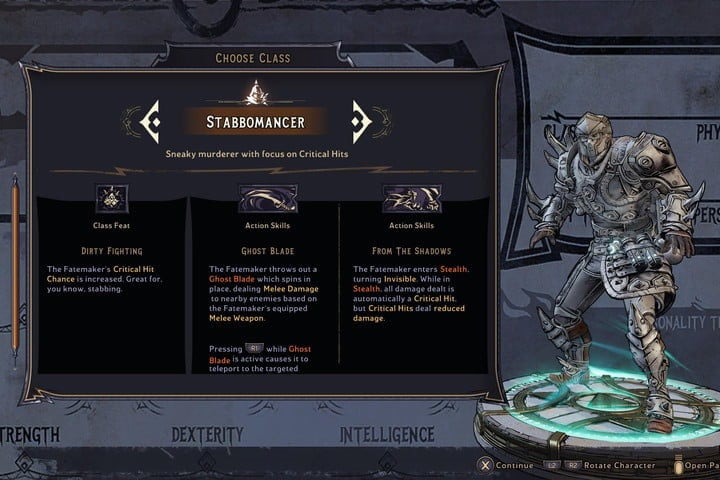 Based on our priorities, we will begin with the ‘From The Shadows’ skill. The best thing about this skill is it makes your every hit a critical hit. On top of that, it also makes the payer become invisible which is undoubtedly the best way to attack. Besides, you should always consider having the Arsenal skill and the Follow up skill. A combination of both will provide you with a chain gun and melee damage.

Speaking of the other highlighted skills, the combination of the ‘Potent Poisons’ and ‘Exploit Their Weakness’ increases the overall damage to the enemies. Moreover, the ‘Swift Damage’ skill increases your mobility while dealing damage to enemies. However, most of its skills such as the Shadow Step, A Thousand Cuts basically increase your critical hit damage. 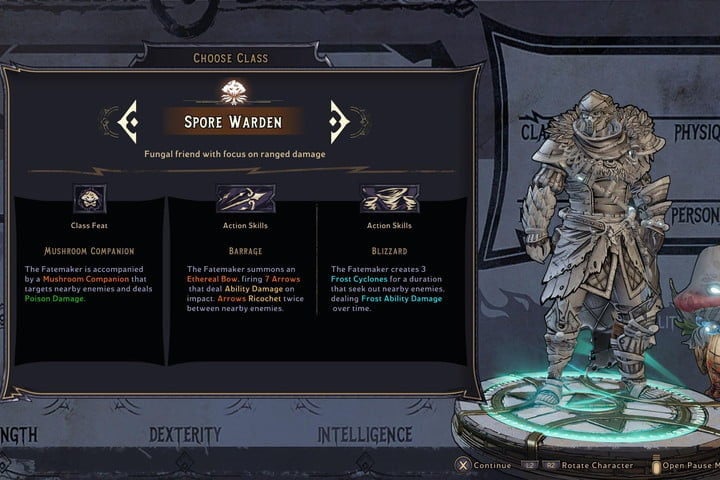 Finally, ending this list with yet another strong build, the Spore Warden class. Considering all builds in Tiny Tina’s Wonderland, it is one of the extremely powerful ones. It also comes with some pretty interesting skills. For instance, the Eagle Eye skill simply helps in increasing our crit damage.

A perfect combo of the Affinity skill along with Bounty Of The Hunt will eventually increase your damage ability by almost 35%. Besides, you also get a mushroom companion which is indeed a great thing. If invested carefully in the Bullseye and the Medicinal Mushroom skill, it can further help in reviving the player by its mushroom companion.

Just like in the case of Stabbomancer’s Haste, Spore Warden also has a Windrunner skill that enables it to move quickly. One of the greatest skills in Spore Warden build is the Wrath of Nature. This skill increases the damage from all sources making you almost invincible. Other than these, there are quite a few other skills to rely upon.

Combination of the Best Builds in Tiny Tina’s Wonderland

Apart from using these builds separately, you can also figure out a great combination of multiple builds. This will help you achieve more flexibility and get a better advantage in the battles. Here are some of the best build combinations that bring in great results to the players.

This combo basically resembles the damage build that is highly qualified in melee attacks. The focus is to offer the maximum damage mostly by relying on the gun play.

They together make up the Companion Build. With Graveborn’s fierce nature and Spore Warden’s healing ability, it is one of the most well-balanced builds in the game.

Both Clawbringer and The Brr-Zerker together make up the perfect melee build. Since both these builds uniquely specialize in melee attacks, if used properly, they could be an unstoppable build together.

Having the best builds in Tiny Tina’s Wonderland will only help you prosper through your journey. Since each of these builds specializes in something unique, it brings more refreshing experiences for the players every time. Remember that no matter whichever build you prefer, if you learn to use the perfect blend of multiple skills, it will greatly benefit you in the game.

Moreover, you can also go with a combination of multiple builds as well. These combinations were accurately decided following the type of skills they have and the way they can support each other. Let us know if you have something more special in your mind.