In this tutorial, we will show you the steps to unlock the bootloader on your Realme Narzo 50i (model RMX3231) as well as relock it later on. Realme Narzo 50i was launched in India with a Spreadtrum SC9863A UniSoc processor and triple rear cameras.

There’s a plethora of tweaks, modifications, and custom binaries available for various Realme devices, and the Realme Narzo 50i is no different either. Although it has only been only a couple of months since its launch, we are already seeing impressive support for this device. But to carry out these tweaks, there is just one requirement that needs to be met- your Realme Narzo 50i should have an unlocked bootloader. In this guide, we will help you with just that. Likewise, we will also show you how to relock the device’s bootloader, if you wish to do so at a later stage. Follow along. 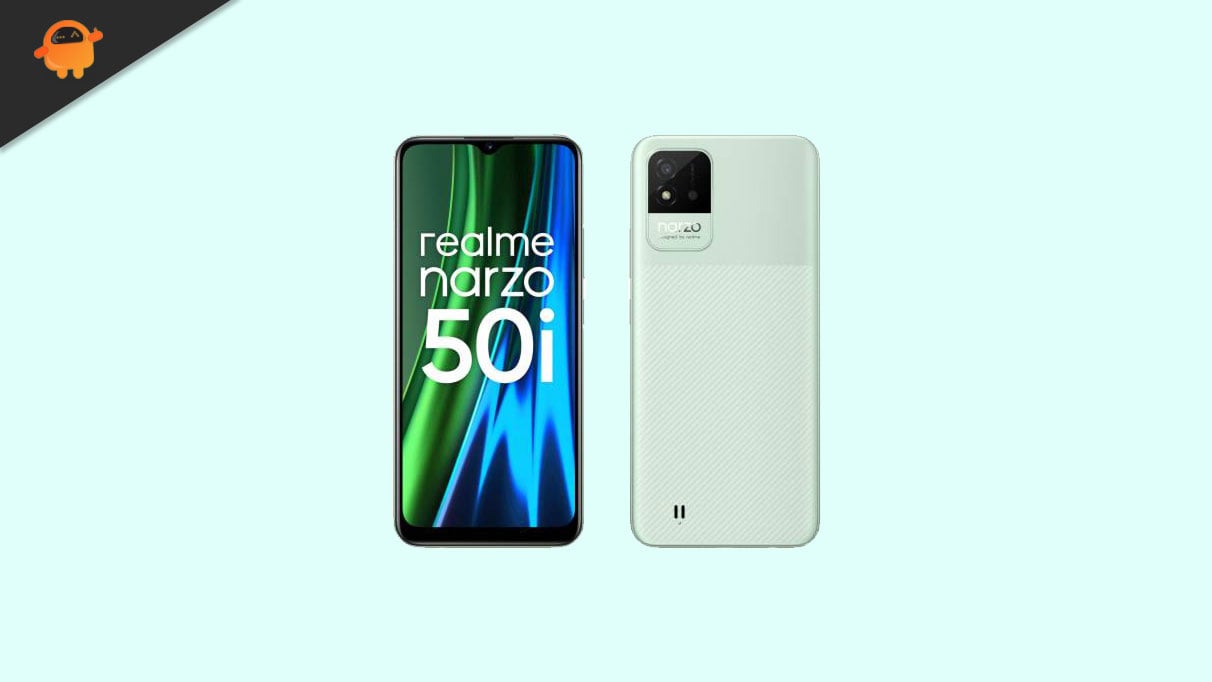 Advantages/Risks with an Unlocked Bootloader

There is a plentitude of perks associated with an unlocked bootloader. To begin with, you could flash custom ROMs like LineageOS, Pixel Experience, etc. Along the same lines, installing a custom recovery like TWRP is also a possibility. This in turn will allow you to flash ZIP and IMG files, wipe various partitions, create and restore Nandroid backup, etc. Likewise, you could also root your device via Magisk and gain access to administrative rights.

However, these modifications come with a few risks as well. For example, it will wipe off all the data from your device and might make the warranty null and void as well. Furthermore, apps like Google Pay, Netflix, and Pokemon Go might not function properly. The entire process is risky and might cause a few issues if not performed correctly. With that said, if you are ready to proceed ahead, then here are the steps to unlock the bootloader on the Realme Narzo 50i (RMX3231).

GetDroidTips won’t be responsible for any kind of issues or errors that you may experience while or after following this guide. Make sure to take a complete backup of the device data and do it at your own risk.

Now before we go ahead and unlock the bootloader of Realme Narzo 50i, let us make a list of pre-requisites that are required to unlock it:

You need to make sure that your Realme Narzo 50i (RMX3231) is charged to about 60% before operating it for unlocking the bootloader to avoid any boot loop issues during the unlocking process.

In order to make your Realme Narzo 50i recognized by your PC, you need to have proper USB Drivers appropriate to your phone installed on your computer. And for that, you can follow the link below to download the correct Realme USB Drivers on your PC.

Unlocker Tool is used for unlocking the bootloader of any Realme device after getting permission From Realme’s official website. You can download the latest Unlock Tool by clicking the link below:

To unlock the bootloader, first, you need to enable the USB Debugging and OEM unlock to interact with your PC or Laptop. 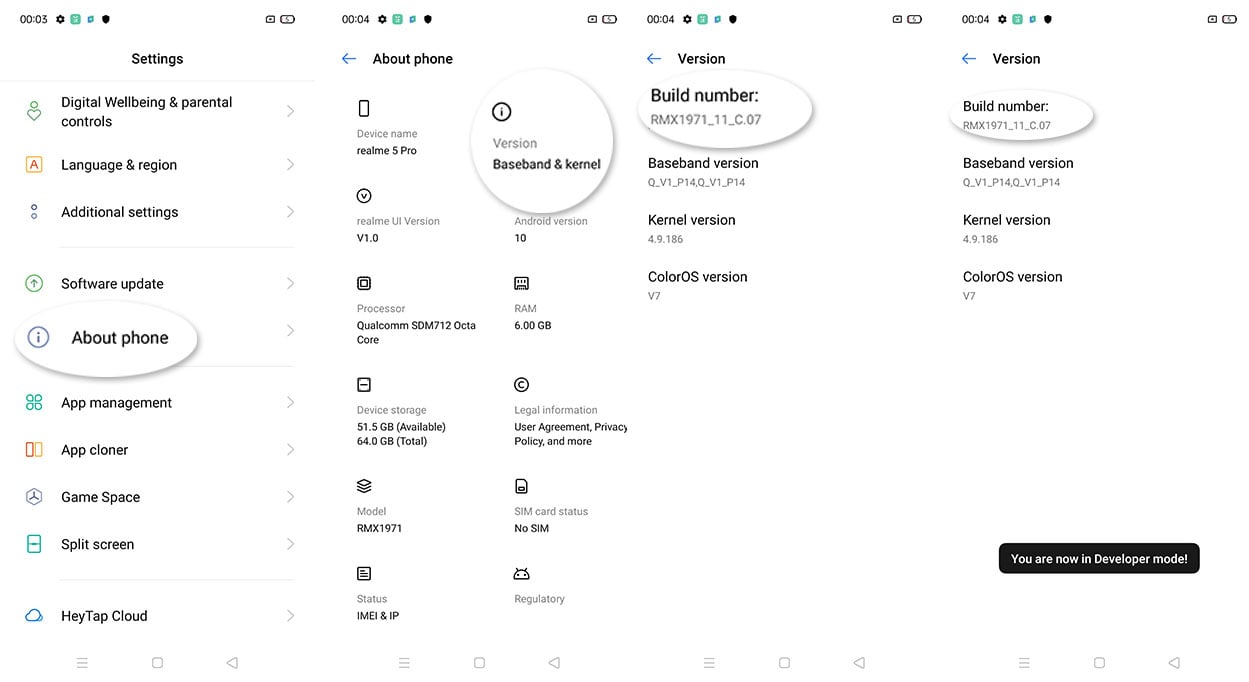 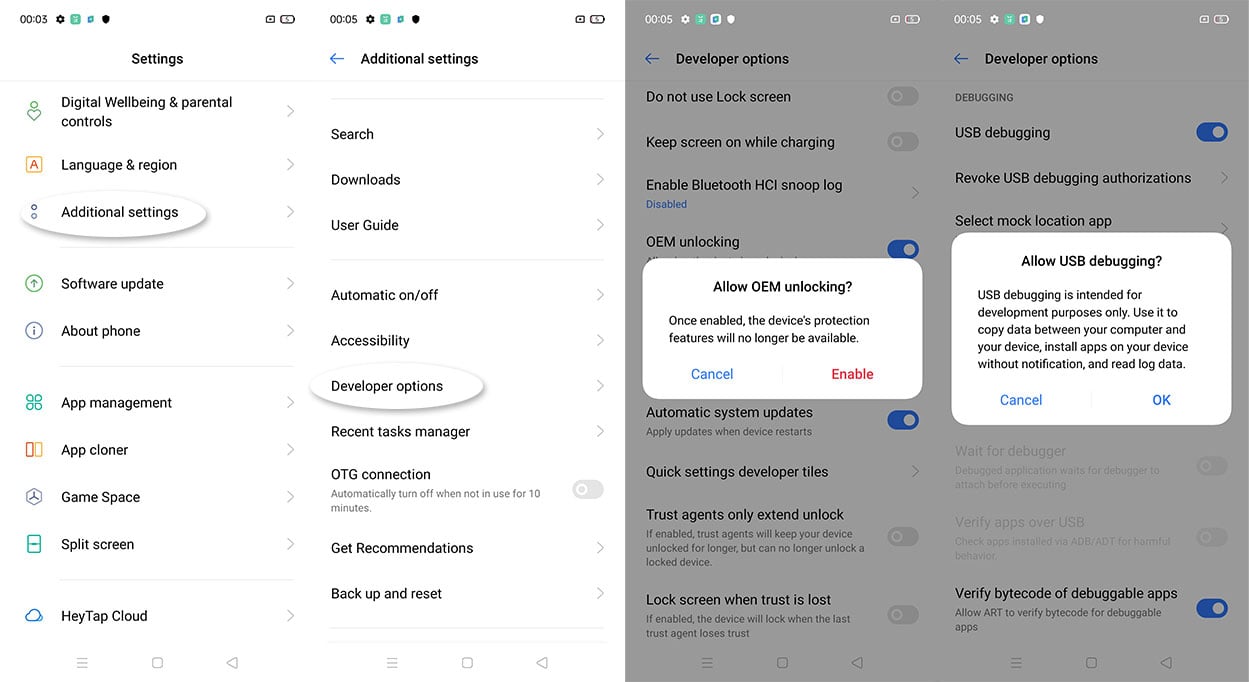 Steps to Unlock Bootloader on Realme Narzo 50i (RMX3231)

If you wish to relock the device’s bootloader and go back to stock, then the below instructions shall help you out. But before that, there are some pretty important points worth discussing. make sure that your device doesn’t have any custom binary installed. By that we mean, it shouldn’t be rooted, nor it should have TWRP installed.

Most importantly, it should be running the stock firmware and not any custom ROM. So if you tick mark all these requirements, then proceed with the below steps to relock the bootloader on your Realme Narzo 50i device.

Relock Bootloader on Any Realme devices

So, there you have it from my side in this article. I hope that this guide will help you with the unlocking of your Realme Narzo 50i easily and in a safe and official way. Please let us know in the comments if this guide was helpful and also comment down below if you have faced any issues with any of the above-mentioned steps. Until the next post…Cheers!