In this tutorial, we will show you how to unlock the bootloader of Motorola Edge Plus and then root it. Motorola seems to have rebooted itself, and in some style. In its second innings, it launched a bunch of affordable devices in the Android One series. Apart from that, it has now set its foot into the flagship segment with the launch of its Edge Plus device. The 6.7-inch screen has a 1080 x 2340 pixel resolution protected with Corning Gorilla Glass 5 and has an impressive 90hz refresh rate. Launched with Android 10 out of the box, it comes with Qualcomm SM8250 Snapdragon 865 chipset and an Adreno 650 GPU.

Coming in a single variant, it has 256GB and 12GB RAM combination. There is a triple rear camera setup with 108MP + 16MP + 8MP, which can record videos at 6K@30fps, 4K@30fps, 1080p@30/60/120fps. On the front, you get a single 25MP camera. Alongside the in-display fingerprint, you also get accelerometer, gyro, proximity, compass, barometer sensors. All these features are supported by a mammoth 5000mAh battery which is sufficient to last a single day for normal usage.

It also supports 18W fast charging, 15W wireless fast charging, and even a 5W reverse wireless fast charging. While all these features are quite impressive in its own right, you could further explore the endless possibilities of your device by unlocking its bootloader and then rooting it. And in this guide, we will be helping you achieve just that. So without further ado, let’s begin with the guide to unlock the bootloader of Motorola Edge Plus and hence root it. Follow along. 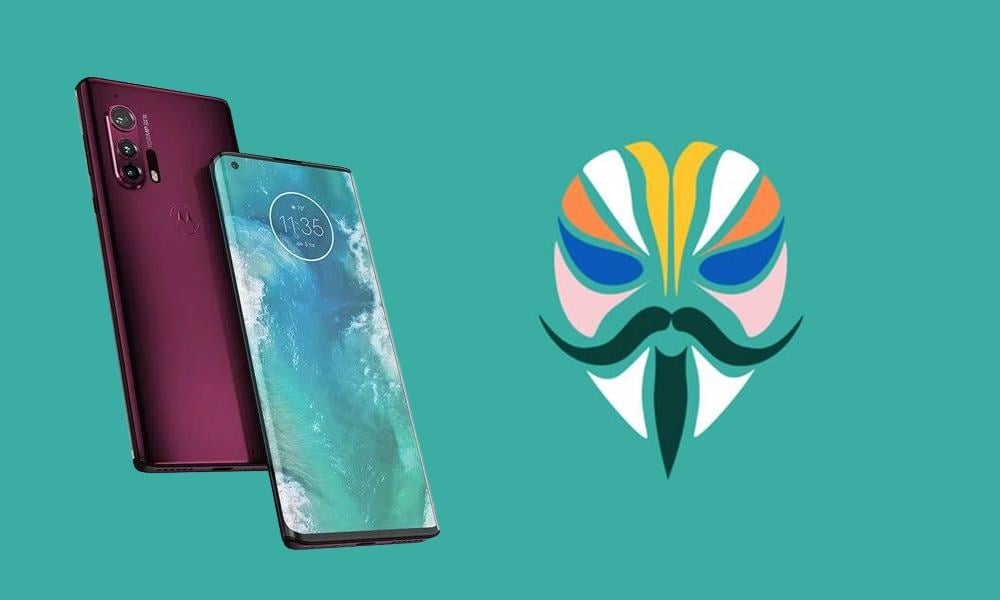 Unlock Bootloader on Motorola Edge Plus

A bootloader is a software program that informs your device what all programs does it need to launch at startup. Furthermore, it also helps to boot your device to recovery mode. By default, all the OEMs ships their device with a locked bootloader. This is done so that the user only uses the stock OS  that they have provided and doesn’t make any modifications to the system. However, they also leave a slight window of opportunity open for tech enthusiasts. In this guide, we will show you how to do just that. But before that, let’s check out the advantages and risks of an unlocked bootloader

Advantages and Risks of Unlocked Bootloader

An unlocked bootloader allows for a plethora of customizations. To begin with, you could flash custom ROMs, replace your stock recovery with a custom one like TWRP, or flash tons of mods and frameworks, ZIPs, and IMG files. Likewise, you get even get administrative privileges in the form of the root.

However, there are some associated risks with an unlocked bootloader too. For example, your device’s warranty might become null and void. Apps like Google Pay and Pokemon Go might refuse to function. Furthermore, the Widevine L1 certification will be degraded to L3 and hence you wouldn’t be able to watch Netflix in HD. The entire process is itself risky and might lead to boot loop or bricked state, if not done correctly.

So these were all the risks and perks of an unlocked device. If you wish to proceed ahead, then follow the below steps to unlock the bootloader on Motorola Edge Plus device

That is it. Now follow the below steps to unlock bootloader on your Motorola Edge Plus device.

Rooting an Android device takes two approaches: By flashing the Magisk installer ZIP file via TWRP or by patching the boot.img file. As of now, there is no TWRP build for your Motorola device, hence we will be choosing the latter (patching) option. In this regard, here are the required instructions to root the Motorola Edge Plus. But before that, please go through the below requirements sections.

Now proceed with the steps to root Motorola Edge Plus. Follow along.

So this is all from his guide on how to unlock the bootloader and root Motorola Edge Plus. The first boot after the unlocking process might take up some time. This is completely normal. Furthermore, you will also have to set up your device from scratch as device data will have been reset. On that note, if you have any queries concerning any of the aforementioned steps, do let us know in the comments. Rounding off, here are some iPhone Tips and Tricks, PC tips and tricks, and Android Tips and Trick that you should check out as well.