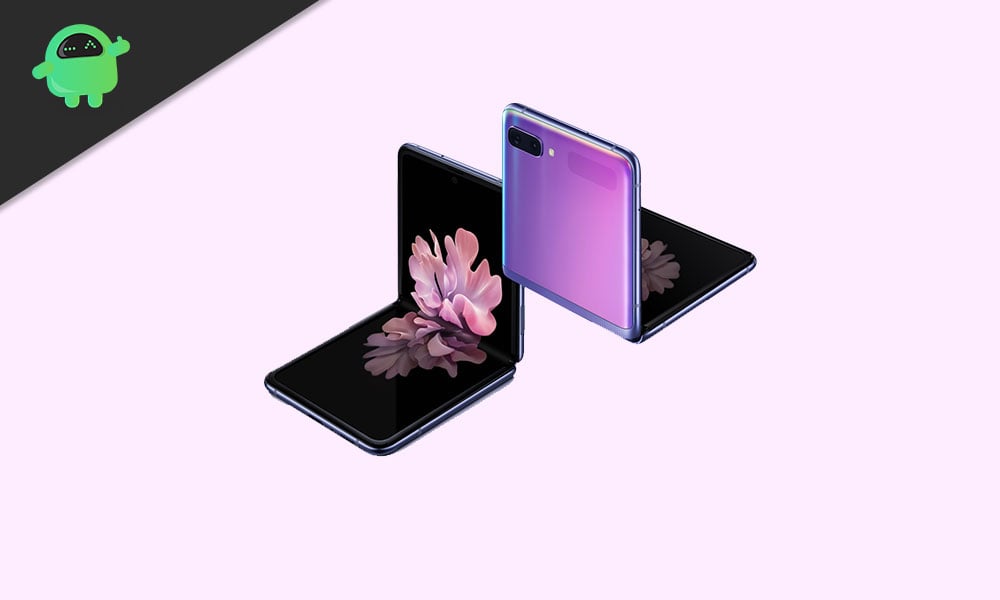 Before heading to the process of unlocking bootloader of Galaxy Z Flip, let’s take a quick look at the device specification:

Samsung has just announced its full-screen foldable smartphone that will change the future of foldable display devices. Yes, Samsung launched the Galaxy Z Flip, a successor to Galaxy fold and a competitor Motorola Razr 2019. The best part is that it’s a quite bigger display device that folds so nicely and fits on your palm or pocket very easily. The revolutionary folding hinge technology offers a stable and reliable folding experience that was missing on the Galaxy Fold handset. Additionally, due to the folding parts, you can easily do multitasking as well.

The Galaxy Z Flip has a 6.7-inches foldable dynamic AMOLED display that has a resolution of 1080×2636 pixels with HDR10+ support. While folded, the display will turn in a size of 1.1-inches Super AMOLED with a resolution of 112×300 pixels. It runs on One UI 2.0 based on Android 10 out-of-the-box. The device packs a decent 3,300mAh battery with 15W fast charging support.

It’s powered by an octa-core Qualcomm Snapdragon 855+ SoC, paired with Adreno 640 GPU, 8GB of RAM, 256GB of internal storage (UFS 3.0). Keep in mind that it doesn’t have any storage expandable option. While talking about the cameras, the handset sports dual rear cameras with a primary 12MP camera (wide, f/1.8) and a secondary 12MP (ultrawide, f/2.2) lens. It has an LED flash, Dual Pixel PDAF, OIS, HDR, Panorama, etc.

So, guys, this is how you can unlock the bootloader on your Samsung Galaxy Z Flip. After unlocking the bootloader, you can flash custom ROM, install TWRP, or any other task you want. If you are facing difficulty in any step, then let us know via the comment box below. We will be happy to help you out.