Vivo; another child of the giant BBK has announced a new smartphone on April 6. This Vivo Y50 sports a 6.53-inch display, Snapdragon 665, 8GB RAM, 128GB ROM, quad rear cameras, 5,000 mAh battery, and runs on Android 10. In this article, we will update you on whether the Vivo Y50 will receive the official Android 11 (Funtouch OS 11).

You landed up to this article with a question that what is the status of Vivo to push the Android 11 to the newly launched Vivo Y50. Well, then go through this article, and by the end of the article you will be able to clear all the doubts regarding Vivo Y50 Android 11 (Android R) Update Status, either it is Android 11  official update or Android 11 update. 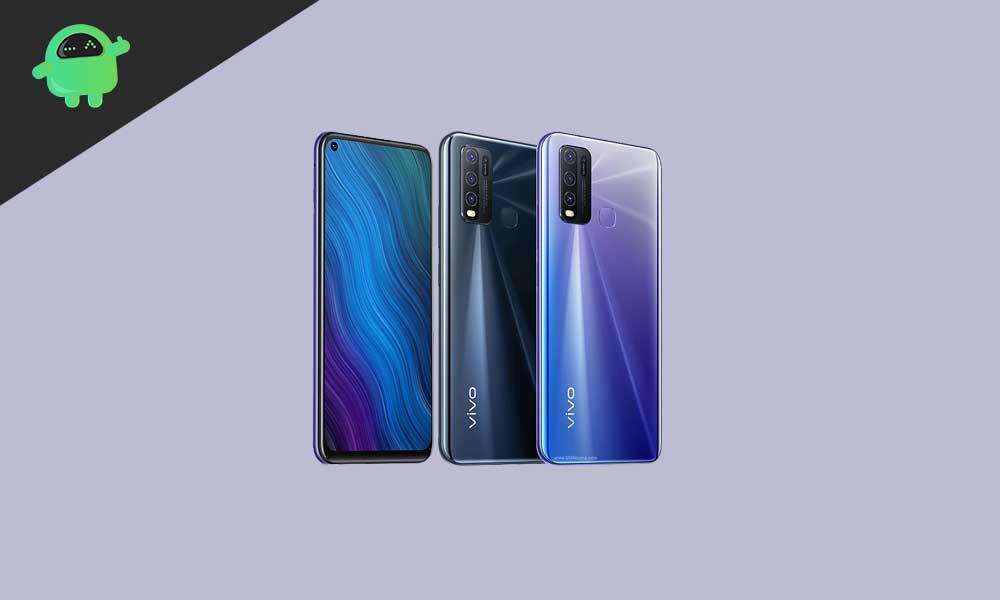 Underneath the Vivo Y50, it sports the tried and tested Qualcomm Snapdragon 665, which we have seen on a dozen of phones. This SoC is built on the 11mm process, and the octa-core setup includes four Kryo 260 Gold cores clocked at 2.0GHz, and the other four Kyro 260 Silver cores clocked at 1.8GHz. To the GPU side, this SoC pairs with the Adreno 610 GPU.

Coming to the memory options available in this device, it is available in only a single variant, i.e., with 8GB of RAM. This comes with 128GB of internal storage. Further, this onboard storage is also expandable via a micro SD card up to 256GB. The smartphone runs on the latest Funtouch 10.0 that is based on Android 10.

The Vivo Y50 comes with a 5,000 mAh battery, which charges over a USB type C port. The device also comes with support for 15W Flash charging tech. Talking about the biometric options available in this device, it has a physical rear-mounted fingerprint scanner, and as well as support for face unlock. The device is available in two color options, namely the Starry Black and Iris Blue.

Connectivity options include Wi-Fi 802.11 b/g/n, Wi-Fi Direct, hotspot, Bluetooth 5.0, A2DP, LE. GPS with A-GPS, GALILEO, GLONASS. FM radio, USB 2.0, Type-C 1.0 reversible connector. Sensors other than the fingerprint scanner include accelerometer, proximity, and compass. The brand is yet to announce the pricing, and it would be priced under the 20,000 segment.

Well, Vivo only promised the beta update of Android 11 to Vivo NEX 3S and Vivo iQOO 3 4G/5G. Regarding the official Android 11 Update for vivo Y50, there is nothing to worry about, the device will surely receive the update. According to the CMO of Vivo, almost every Vivo device gets at least 2 major software updates. Since vivo Y50 was launched with Android 10 update and will also receive the next 2 major updates; Android 11 R and Android 12.