From this post, you could keep a track of all Vivo devices receiving the latest Funtouch OS 11 update based on Android 11. While the OEM seems to have captured a decent market in China and India, yet its software updates do take up quite a fair share of time. It isn’t really known to be among the fastest adopters of the latest Android upgrades. As a result, it might take some time before your Vivo devices might grab the Funtouch OS 11.

This comes after Google has already released the latest Android 11 stable build a week back. Pixel devices were the first ones to welcome this update. Along the same lines, the public open beta for OnePlus’s flagships went live. Likewise, Xiaomi’s MIUI 12, Realme UI 2.0, and Oppo’s ColorOS 11, and Samsung OneUI 3.0 have made decent progress as well. Moreover, we are also witnessing seeing some fast developments in the custom ROM development domains as well.

As a result, some users might have already got the new Notification sections with Conversations, Alerting, and Silent. Along the same lines, they could also make use of new one-time permissions, chat bubbles, screen recorders, media controls, and Smart Device Controls in the Power menu. Scheduling of Dark Mode and pinning apps to share sheets might prove to be useful as well. This guide will give you a decent idea as to when Vivo devices would be getting these features along with Funtouch OS 11 Android 11 update. Follow along. 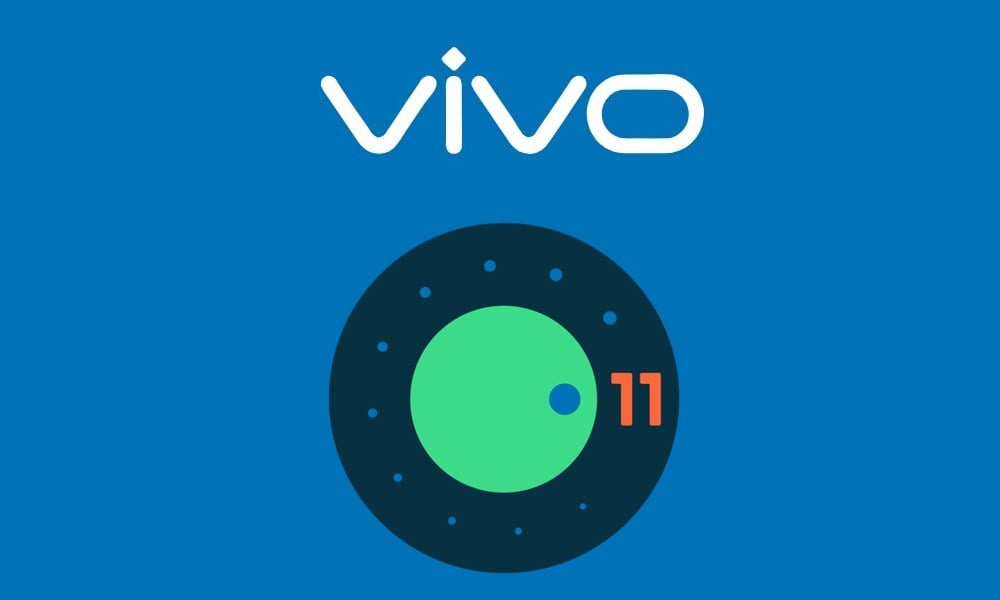 Funtouch OS 11: What We Can Expect?

The customized OS offering from Vivo has a lot to offer to the masses. To begin with, you get the new UI design, new desktop icons, as well as tons of customizations and tweaks along the way. Not to mention, it’s own personalized Jovi virtual assistant would be much more optimized as well. Likewise, its Easy Share feature with a Data-free upgrade, Multi-file transfer, and Weekly data report will further be polished. 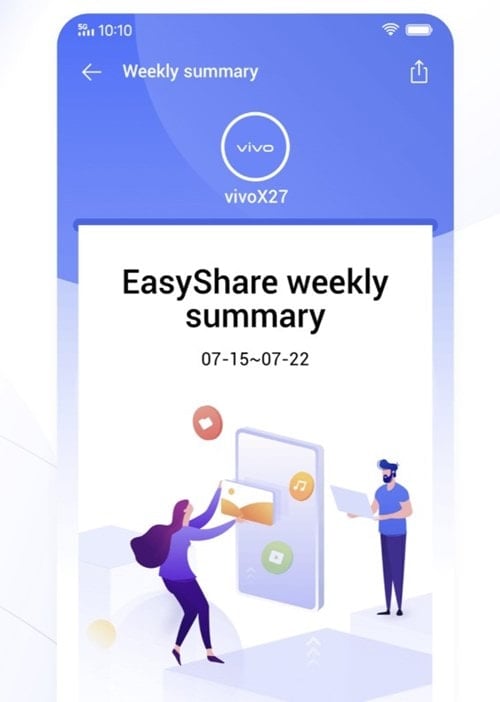 Then the dark mode will be more uniformed, respecting the Funtouch OS. Along the same lines, the Album app with AI beauty modes will definitely give your selfies an uplift. With such a plethora of offers, it is no doubt that the users are eagerly awaiting the Funtouch OS 11 Android 11 update on their Vivo devices. And from this update tracker, you get hold of all this information right away. Given below are all the eligible devices slated to receive this update and their scheduled timeline.

Here we’ve shared all the expected device lists that should receive the Funtouch OS 11 update over Android 11. Keep an eye on this article periodically for further updates, leaks, reports, and the latest news.

Also called as Vivo Y20G in markets other than the Philippines where it is available at the moment, the Vivo Y20 [G] packs in a 6.51-inch LCD panel and an Helio G80 SoC under the hood. The device has a 6GB+128GB configuration and a 13+2+2MP camera setup at the rear while the front camera is housed in a waterdrop-shaped notch.

Vivo X60 is the onset of Vivo’s X60 series. The device runs on Snapdragon 870 5G chipset for its global and Exynos 1080 chipset for its Chinese variant. It has a humongous 6.56” 120Hz HDR10+ display and a 32MP selfie shooter at the front and a 48+13+13MP triple camera setup at the rear. The device runs on the latest OriginOS 1.0 skin based on Android 11 in China whereas it is FuntouchOS 11.1 globally.

Vivo X60 expected to receive OriginOS based on Android 11. According to some leaks, it is expected to be announced between November and December 2021.

The difference between X60 and X60 Pro is negligible. Both the devices have Exynos 1080 with OriginOS 1.0 or Snapdragon 870 5G chipset on its Chinese and global variants respectively. The device has a triple-camera setup and has a giant-sized 4,200 mAh battery.

This device came out of the box with Android 11 based on FuntouchOS 11.1 in India. It is expected to receive the OriginOS globally in November or December 2021.

The highest variant in the X60 series, the X60 Pro+ sports a flagship Snapdragon 888 5G chipset paired with the same display, battery, and software setup i.e. FuntouchOS 11.1 on international and OriginOS 1.0 on the Chinese variant. The device has a quad-camera setup with gimbal support to it.

This device came out of the box with Android 11 based on FuntouchOS 11.1 in India. It is expected to receive the OriginOS globally in November or December 2021.

Vivo X60t was finally announced in April 2021 that brings on-board a Dimensity 1100 SoC along with a 48MP triple camera setup. The device arrives with OriginOS 1.0 based on Android 11 and marks its Chinese launch although its availability in other markets is still a mystery.

Vivo Y30g is the latest entrant in the Y30 series that brings a *.51-inch HD+ display. There’s a 13MP+2MP rear camera setup and an 8MP selfie shooter. It is powered by Helio P*5 SoC with 128GB of storage and 8GB RAM. The device has Android 11-powered OriginOS 1.0 out-of-the-box.

The Vivo X50 and Vivo X50 Pro launched last year with Android 10 out of the box. The device is now getting upgraded to FuntouchOS 11 based on Android 11. In India, the update is labeled with software version PD2006F_EX_A_1.72.8.

Update as of January 19: Based on the latest update coming from a user, the Android 11 is now arriving on Vivo X51 5G in Europe. The update is arriving via airborne method as usual. Note that the update was released on X51 5G on December 3rd in Spain as per the company’s approach to updating the phones to provide the best user experience. This also means that the update is releasing in a batch-by-batch manner and thus, if you are living in Europe, you will get your hands on the update pretty soon.

Update as of March 6: According to the latest information that we have now, the iQOO 5 Pro is now intercepting Android 11-powered OriginOS 1.0. Note that Vivo has replaced FuntouchOS with OriginOS in its home country China with version number PD2025B_A_6.10.1 and it has a revamped version as mentioned before.

Update as of August 7, 2020: Note that the Chinese variant of NEX 3S is now intercepting the Android 11 Beta 2 variant bearing version number PD195_A_20.07.275. As usual, you can download the package right here.

Update as of December 7: According to the latest update, the Vivo V20 Pro 5G is now picking up Android 11-powered FuntouchOS 11 with version number PD2020F_EX_A_6.70.8 weighing at a whopping 3.6GB in size. This includes features like chat bubbles, notification history, priority chat function among others.

The vivo iQOO 3 4G and 5G are finally getting the official iQOO 2.0 based on Android 11. The update is now available in India.

Update as of March 16: Well, the Vivo V17 is now picking up Android 11-powered FuntouchOS 11 at the time of writing this. The incoming update carries software version number PD1948F_EX_A_6.70.8. The update carries a download size of 3.43GB and it is arriving via OTA.

The Vivo S1 is finally getting the official FuntouchOS 11 based on Android 11. In India, the update is labeled with software version PD1913F_EX_A_6.70.13.

Updated on May 28, 2021: Vivo U20 has not reecived the Android 11 update so far. A user asked to Vivo India about the release to which they responded that the company has not yet planned to release the update for the devices.

Hello, vivo India is blissful to see you. We would like to inform you that currently, vivo U20 handset is much stable with the current Android version. However, to ensure your best experience, we will keep updating the Software version as always.

Update as of May 28, 2021: Apparently, the Vivo Y11s have started picking up Android 11-powered FuntouchOS 11 in Spain as of now. The update has been released in full across all units although if you haven’t received it yet, don’t worry as you will get it soon.

Update as of March 18: According to the latest update, the Vivo V17 Pro is now picking up the Android 11-powered FuntouchOS 11 update in India. This update is in its initial soak-test rollout which means the official stable update will be released soon. This was confirmed by Vivo India itself in a response to a user’s query. Note that even the update that brings Android 11 on-board, it has some issues that a user posted online such as the AOD stopped working after the upgrade. Vivo will look into the matter and release an update if required.

Update as of February 3: Appears as of Vivo Y15 is now picking up Android 11-backed FuntouchOS 11 at the time of writing this. The update is live and in an grayscale testing phase wherein it is rolled in a limited number only to be rolled out on a wider scale. The update has a version number PD1901BF_EX_A_1.56.11 and carries a file size of 3.79GB. [Source]

Update as of March 2: The Vivo Y12 is now picking up Android 11-powered FuntouchOS 11 at the time of writing this. The update is arriving in India with version number PDI901BF_EX_A_170.9 weighing at 3.68GB. The update arrives via OTA under greyscale testing phase. [Source]

Update as of January 9: According to the latest news coming from Nipun Marya who is the Director of Brand Strategy at Vivo India, the Vivo Z1x is all set to get Android 11-backed FuntouchOS 11 starting from the end of April 2021. Note that although the timeline says end of April 2021, it is to be noted that OTA rollouts usually take time so expect the update on your device in a few days or weeks post the commencement assuming there’s no change in the situation. [Source]

Update as of April 21: Looks like Vivo Z1x is now undergoing grayscale testing with Android 11-powered FuntouchOS 11 in India at the moment. The update carries version rev 8.70.31 and has a size of 3.29GB. Note that it is a grayscale rollout and limited to a certain number of users in the country. A wider rollout is expected soon. [Source]

Update as of January 9: Vivo India Director of Brand Strategy Nipun Marya posted a schedule for some of the Vivo smartphones to get their hands on Android 11-powered FuntouchOS 11. According to the same, the Vivo V15 is scheduled to get its hands on the update starting from the end of June 2021. As usual, the update will follow an OTA batch-by-batch rollout and thus, it will arrive on units over a period of a few days and weeks. [Source]

Update as of January 9: Looks like Vivo V15 Pro will get its hands on Android 11 starting from the end of March 2021. This comes from the Director of Brand Strategy at Vivo India – Nipun Marya. The update will arrive in a batch-by-batch manner.  [Source]

Update as of March 31: Looks like Vivo V15 Pro users are in for a treat as the Chinese smartphone maker Vivo has released FuntouchOS 11 on the device in India. Apparently, the update is in grayscale testing phase and thus, available for a limited number of users only. This also means that users will have to wait for the stable rollout that could take days or weeks depending upon the response they get with the grayscale update. [Source]

Update as of December 15, 2020: Vivo Y70 got its hands on the Android 11 update on December 15 in Spain. This is an OTA rollout and thus, it is rolling out in a batch-by-batch rollout. [Source]

This is not an official list and the devices can be dropped off or added to this list.

Just based on the previous track record of the Funtouch OS version update from Vivo, it’s expected that after the release of the Android 11 stable version officially in September/October 2020, Vivo would start rolling out the Funtouch OS 11 based on Android 11 either from December 2020 or in early 2021. All the updates will be released periodically via OTA in a phased manner. So, users may have to wait further in order to receive the update notification based on carriers and region servers.