People in countries such as India, Canada, The UK, the Philippines, Australia, South Africa, and also people from some other countries are having a hard time figuring out where they should watch Supernatural TV shows. However, in this article, we shall guide our readers on some of the best streaming services to watch Supernatural.

In this busy world, when people find their free time, they hop onto their sofas and pass their time by watching TV Shows from popular streaming services such as Netflix, Amazon Prime, Hulu, HBO Max, and so on. Many shows are being released daily based on genres like Adventure, Action, Horror, Thriller, Crime, and so on.

TV Shows have also become a hobby for people as each TV Show has its storyline and watching experience, which gives watchers a way to start or keep a conversation going with their friends, family, etc. Supernatural is one such show that engages its audience deeply with lore. The first episode aired on the 13th of September 2005, and it finally ended with one of the more memorable moments of a TV Show on the 19th of November 2020. 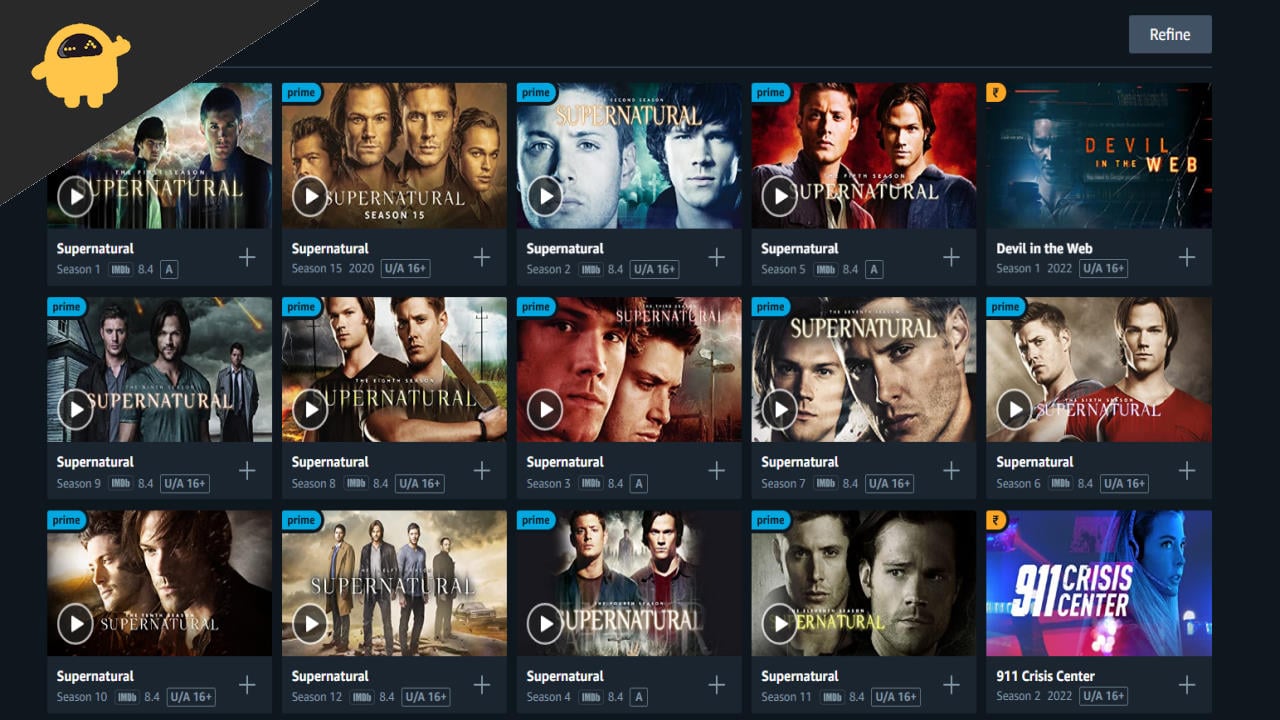 What is Supernatural TV Show

Synopisis: Brothers Dean and Sam follow in their father’s footsteps and set out to eliminate monsters, demons and other supernatural entities that exist on Earth.

IMDb has given this show a rating of 8.4 (Out of 10) while Rotten Tomatoes has a rating of 93% (Out of 100%). This show falls under the genres like Action, Adventure, Drama, Fantasy, Horror, and Mystery. Eric Kripke created the show. Google gives us a sneak peek of the TC Show with the following lines.

Which streaming services are the best to watch Supernatural?

There are way too many streaming services available these days. Some big ones, such as Netflix, Amazon Prime Video, Hulu, HBO Max, Disney+, etc offer millions of shows to choose from. We will now suggest the best to watch Supernatural in countries like India, Canada, The UK, the Philippines, Australia, South Africa, and so on.

Cons of watching on Virgin TV Go are –

Binge is a streaming platform available in Australia. All 15 seasons are available, it is a great alternative when compared to Amazon Prime Video as it is only $10 AUD per month for a single device. Watchers must click on this link and Sign In to watch Supernatural on their subscribed Binge account.

Foxtel Now is a streaming platform that is available in Australia as well. Again, another good alternative to Binge and Amazon Prime Video, but is expensive as the basic plan comes at a price tag of $25 AUD which puts it behind the other two streaming services solely for the purpose of watching this TV Show. However, if you already own the subscription then clicking on this link will take you to the page of Supernatural.

Stan is yet another streaming platform that is available for Australians only. Users must consider this as their top priority if they do not have the above subscriptions as Stan offers a month of a free trial and then charges $10 AUD a month after the free subscription ends. Since it also has all 15 seasons, watchers can consider this streaming platform. Clicking on this link will redirect you to Supernatural on their website.

Which rental/buying services are the best to watch Supernatural?

We suggest avoiding buying/renting as the prices are very high, streaming services would be one’s best bet to watch Supernatural.