The update has rolled out via OTA and will soon hit your South Korean LG G4 device running stock ROM without root. With this software update, the software version as bumped to F500K30B, F500L30B, and F500S30B on South Korean LG G4. This is a major update for LG G4 which was running Android 6.0 Marshmallow. The new Stock Android Nougat weighs about 1.55GB which comes with all Android Nougat features. Now you can enjoy Nougat on South Korean LG G4 (LG-F500K30B, F500L30B, and F500S30B) by following the below step by step guide to flash Android 7.0 Nougat For LG G4 (LG-F500K, F500L, and F500S).

Android Nougat is the 7th iteration from Google after it’s successor Android Marshmallow. This update is one of the most sweetest Android update as of till now. It comes with features such as like Multi tasking, Split screen, Vulcan API, Notification redesign, Quick Reply etc. 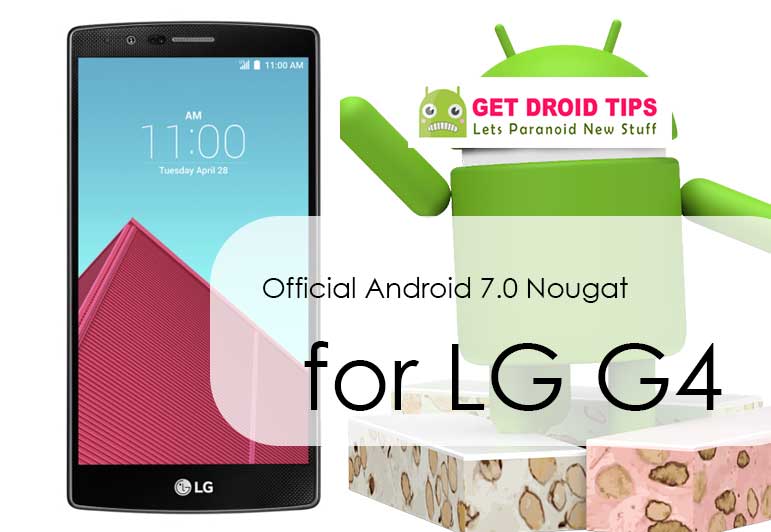 If you didn’t receive the official OTA on South Korean LG G4, then either you can wait for the update notification to hit your phone or you can update manually. As OTA may take a few days or a week to be available for all, you can try to update manually by Going into

Hope you installed Nougat Firmware on South Korean LG G4 and have completed the steps above successfully. If you have any querries please leave a comment below. Thank you.!