Gamers are usually uneasy about the fact that their purchased games would not be compatible with impending next-generation consoles. And they have to buy an upgraded version of the game for the new console, with the Xbox series X console’s platform-wide backward feature: Smart Delivery. Gamers’ biggest concern will vanish.

Smart Delivery allows you to buy a game only once. That means if you purchase a game for Xbox One, you will get a version for the Xbox Series X console included for free. Smart Delivery basically means that you will always be playing the latest version of the games. And you only had to buy the game once. This saves a lot of budgets, and switching to an upgraded console gets so simple. The PC gamers might not be intrigued by the feature because they have long had the ability to play remastered versions of the games automatically via Steam. 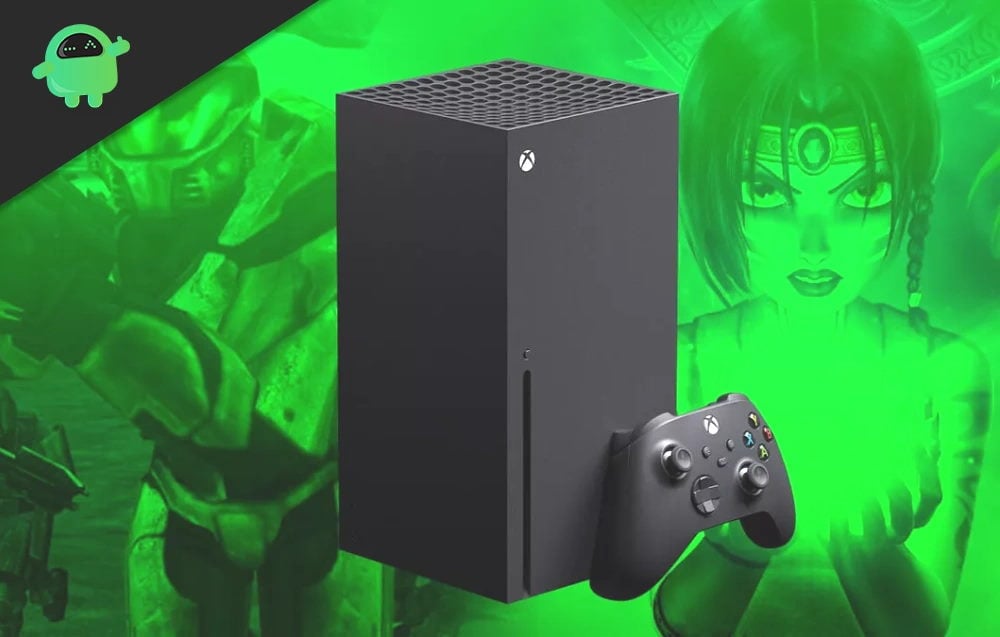 Following is the confirmed list of Smart Delivery compatible games. More games will be added to the list upon official confirmation. 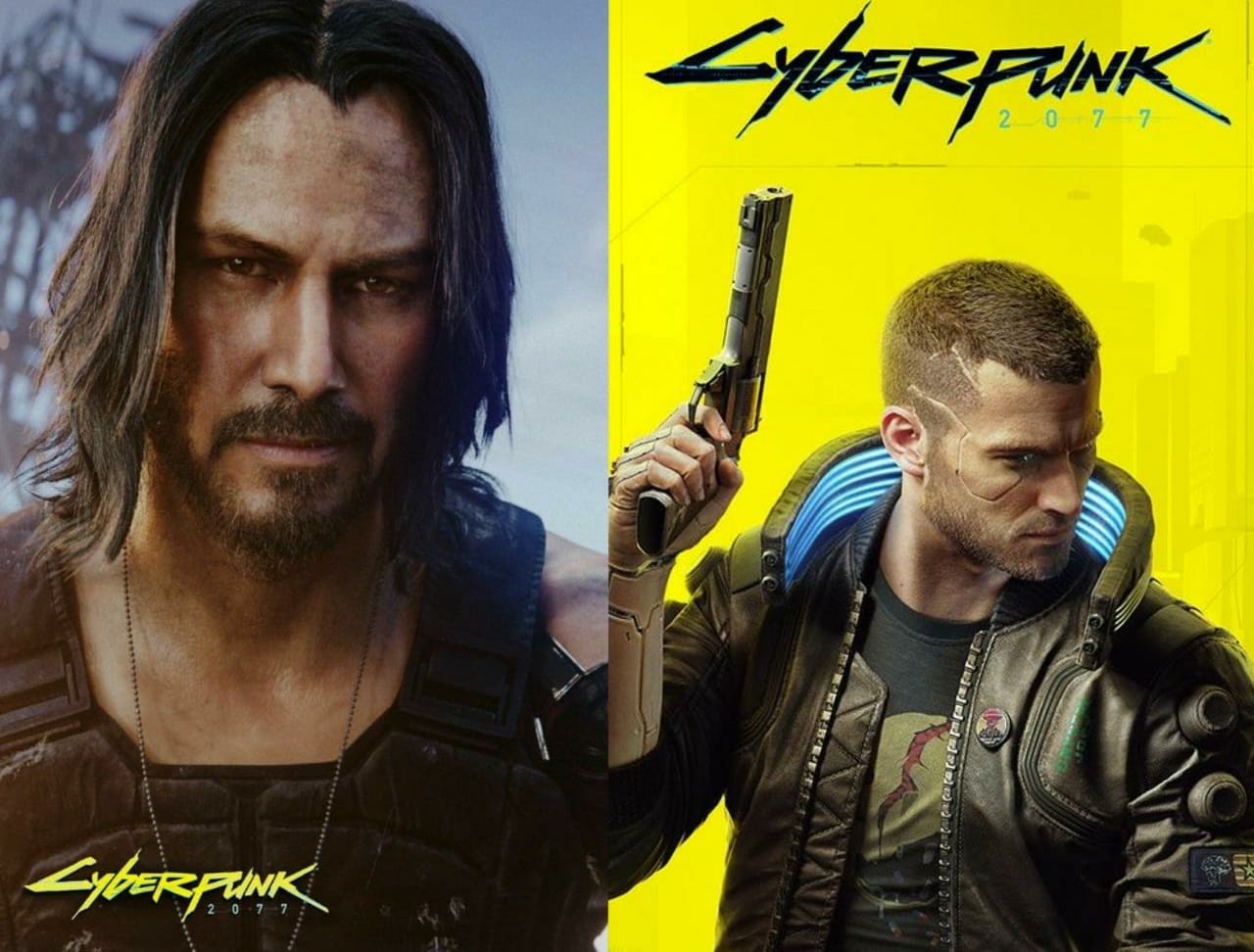 What gamers love the most are these three elements: customization, RPG, and breathtaking Keanu Reeves! With the compound of these three. CD Projekt Red brings you CyberPunk 2077, making it perfect for Smart Delivery. The whole storyline of the game takes place in cyberpunk future capital—Night City. A player is given such tools to customize, and he can customize almost everything.

From guns, appearances, allies to, you can shape the world around you. This really enhances the chance of CyberPunk 2077 to be the most choice-driven game in history. The latter statement can be backed by the fact that It is based on tabletop games. CyberPunk is developed by CD Projekt Red. It is all set to get in your consoles after September 17, 2020. 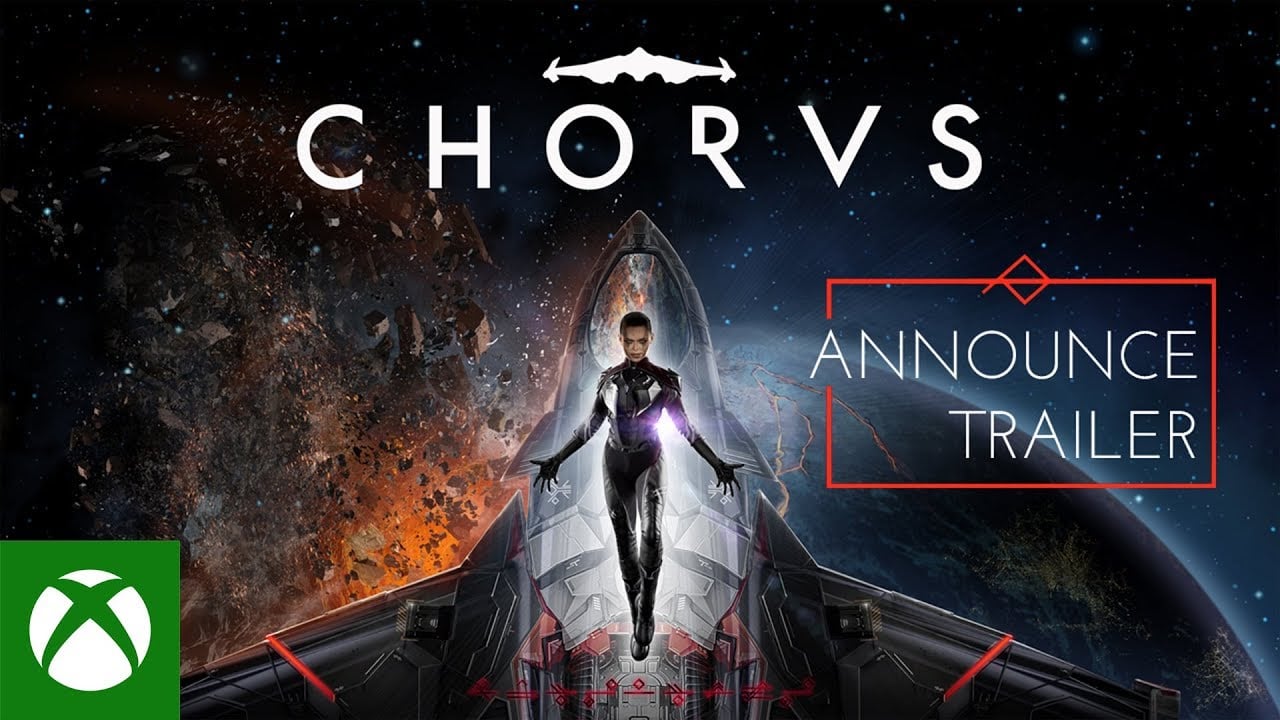 A new space-combat shooter game. Developed by Deep Silver, Chorus might strike you a game about music—by Its name. Certainly, it is not. Chorus introduces you to the realm of intergalactic atmosphere. It lets you fly through outer space, far in multiple galaxies. The whole thing takes place as an intergalactic dogfight as Nara—a pilot. Nara is facing her afflicted past.

The developers claim their all focus is towards minute-by-minute gameplay to evoke the spirit of classic outer space shooters. It will support 4K and 60 frames per second. Chorus is dedicated to delivering the players an amazing intergalactic experience. Furthermore, a player will also engage with a self-aware spaceship named Forsaken. Chorus is going to release in 2021. 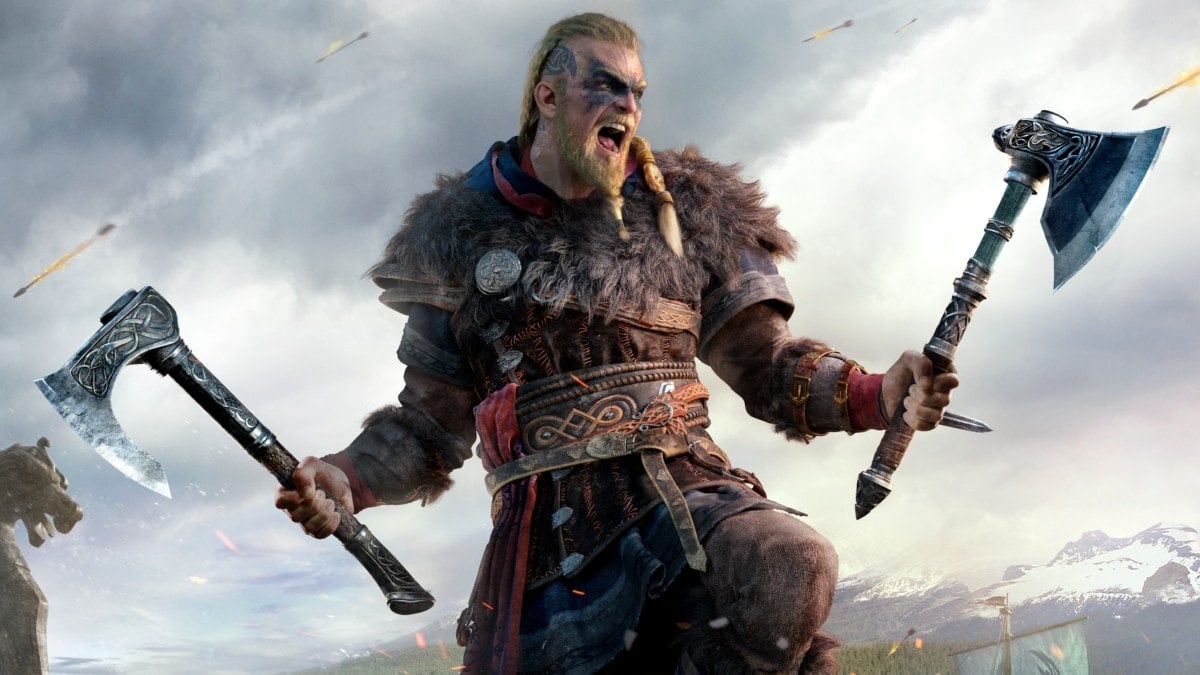 And they explored westwards to Iceland. Essentially the concept of the game is based on the amusing lifestyle of Vikings. The game will imitate Viking’s lifestyle, including the rap battles they used to have, called “flyting.” Furthermore, a glimpse of the gameplay was shown during the launch of the Xbox Series in May 2020. The game will be released in December 2020. 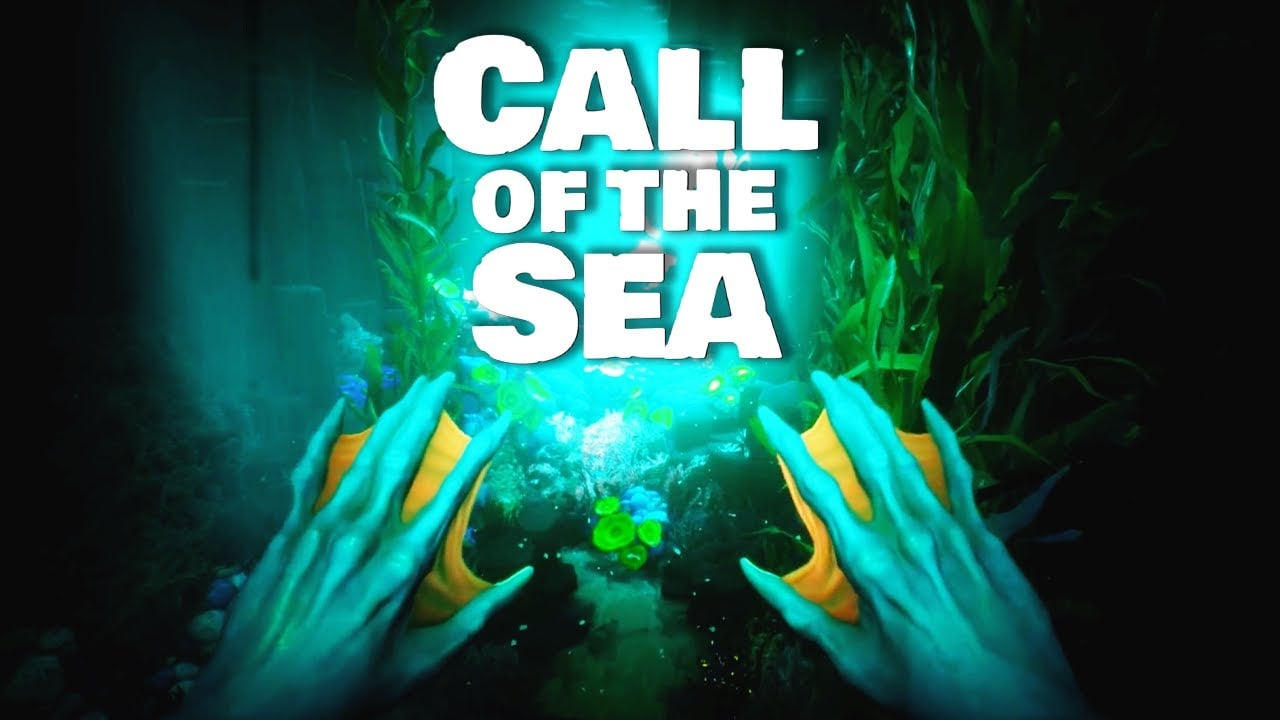 Although the confirmed release date of the game is not announced yet, according to forecasters, the game will be released at the end of 2020. Call of the Sea is a first-puzzle game. Taking place on an island in the 1930s’, the player will find their husband, who disappears while exploring the island. Call of the Sea is complete with a transatlantic accent, which is exemplary according to the ’30s. The trailer of the game looks amusing. Furthermore, Its compatibility with Smart Delivery makes things more compelling. 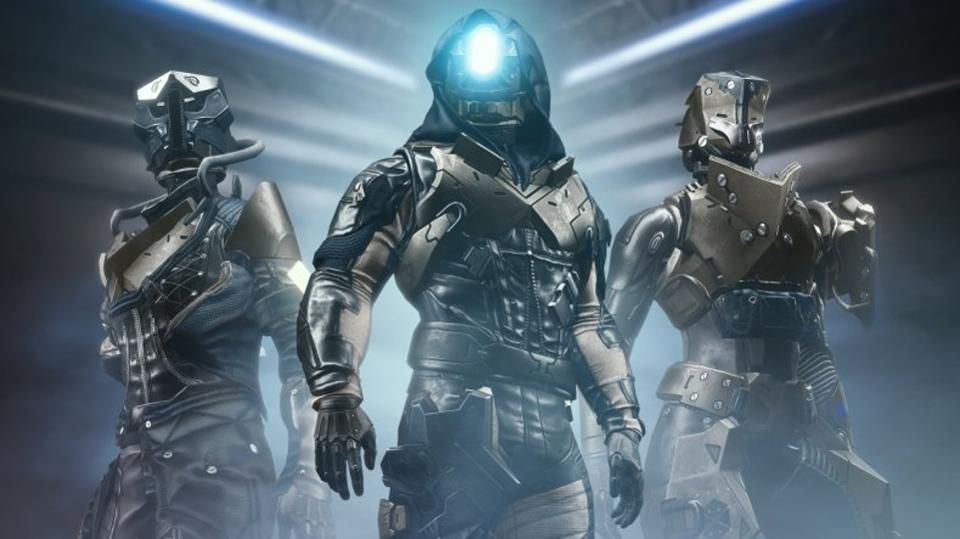 According to the developers, Destiny 2 will be released exactly with next-generation Xbox Series X. Although, the date is unclear. You will be able to play Destiny 2 with PS5 and Xbox Series X, thanks to Smart Delivery compatibility. In the beginning, Destiny 2 was owned by the Activision.

However, after a developer named Bungie separated it from Its parent company, Destiny 2 was brought to an entirely new standard. Instead of developing the sequence of the game. Bungie will release Destiny 2 with the expansion “Beyond Light” this year. The expansion is said to be so immense that the game won’t look the same. Furthermore, your current data can be simply transferred to the “Beyond Light” expansion, once it is released. 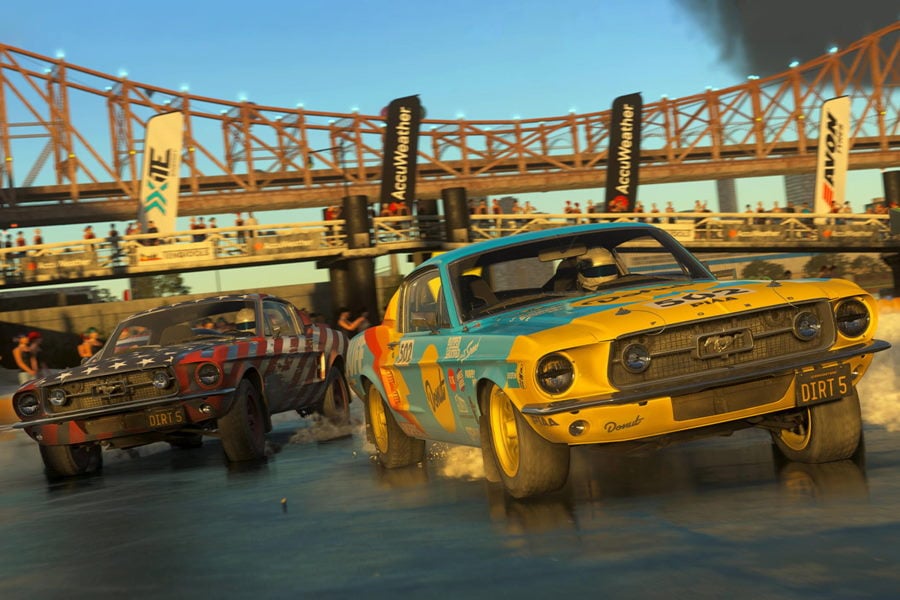 The racing game—Dirt 5 is all set to be released in October 2020 for the next-gen console. The trailer only gives a few glimpses of gameplay. Although, It does give us a great idea of what a racing game can look like in Xbox Series X. There will be rally cars, such as the new Citroën C3 WRC and antiques such as Ford Escort Cosworth. The trailer shows impressive physics for mud, dust.

The overall game looks incredible with varying changing weathers—thunderstorms and rain. Dirt 5 will present you with 10 new places and 70 different tracks. Moreover, you also get to experience split-screen up to 4 screens.  With the technical eye, Dirt 5 will run 120 per frame seconds on Xbox Series X. It will also support 4K and HDR. 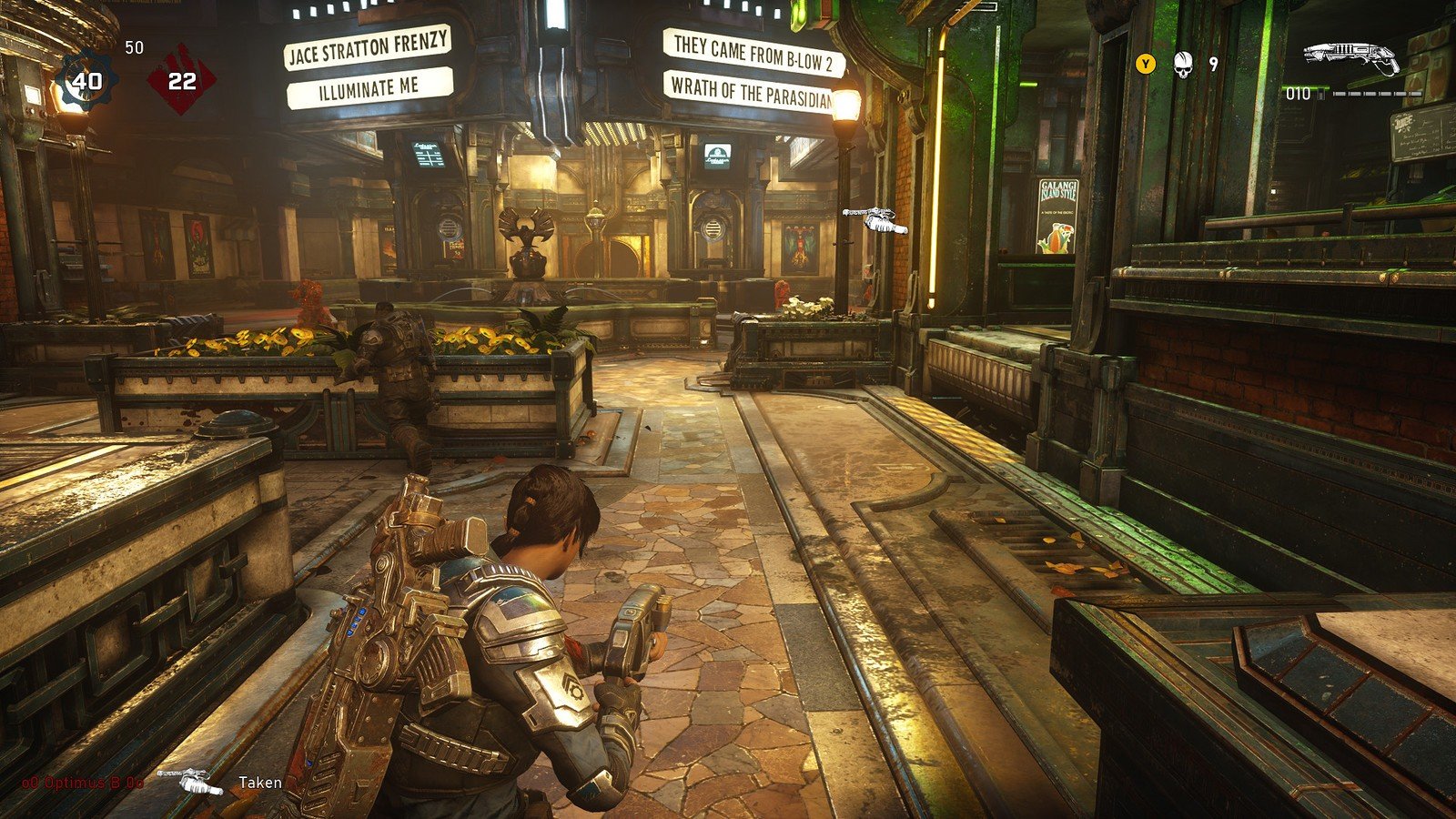 Gear 5 is the game that can put the Xbox Series X System Delivery feature into a test. The game was released last year. Game’s amusing campaign and graphics make it worthwhile for existing and new to series players. If you’re already enjoying Gears 5, every inch of progress from single player to multiplayer will be available when you open the game in your Xbox X console.

Furthermore, Gears 5 allows you to experience the beautiful and semi-open world of the game. If you are a new player to the series and don’t want to start from the beginning. No worries, the events of Gears 5 are easy enough to follow without prior knowledge. And also gives you in-depth knowledge about preceding game events. 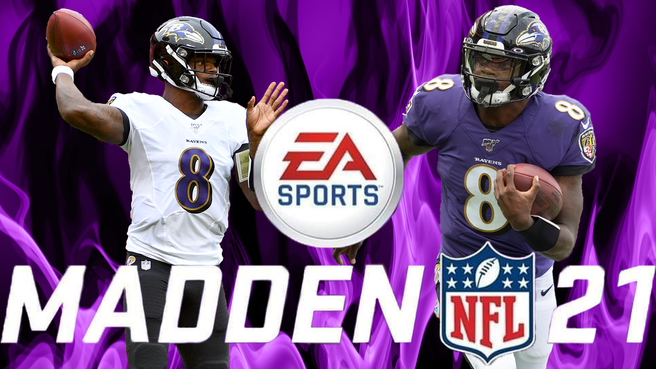 Madden 21, a sports game developed by renowned Electronics Art (E.A). It is well-known for being a leading title to limit when you can access Smart Delivery. Like other single entity games on this list. Madden 21 is also a single-player game. That will take you through the life of a football player. The whole game is based on the football player vying to get a position in the NFL.

If you love football, you are going to fall madly in love with Madden 21. The will be in your next-gen console in August 2020. The information on gameplay is not released yet. However, you will see some gameplay images on the website of Xbox Games Studio. These pictures show us that the game is going to be incredible. 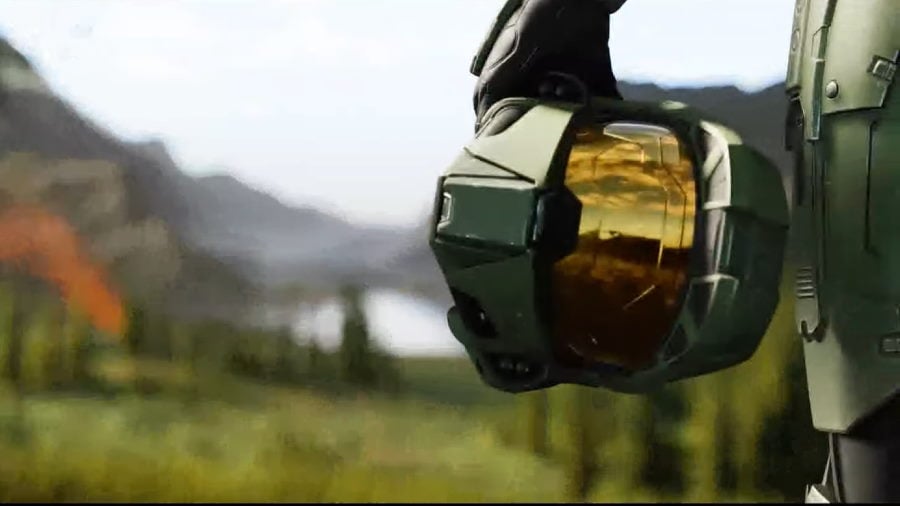 The trailer unleashed the incredible side of the game. The Master Chief has been tasked to reunite a divided human race. Ironically, this version of the master chief will also be reuniting Microsoft’s player by being playable on Xbox One and a net-gen Series X console. 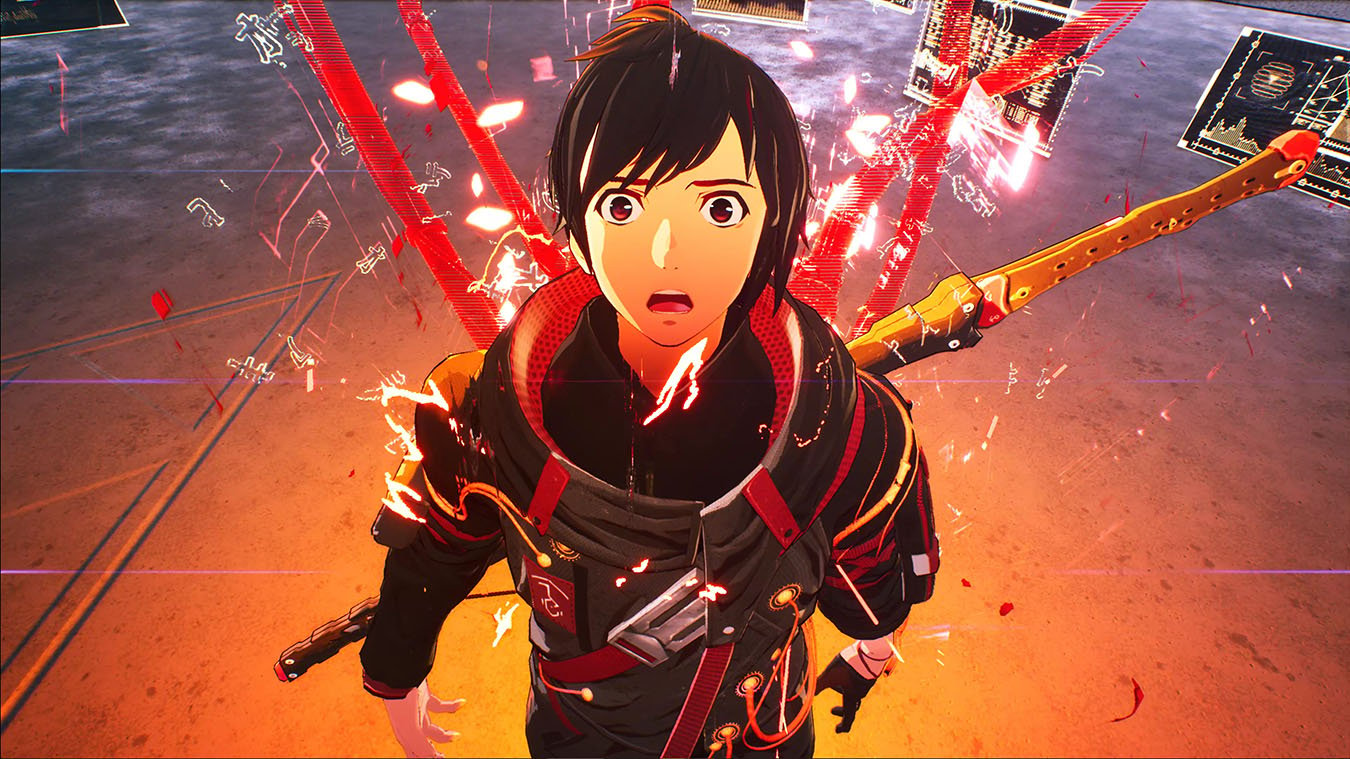 Scarlet Nexus, similar to CyberPunk 2077, takes place in the faraway future. Discovering and inventing some mystical equations. Scientists between now and then have made it possible to give humans enormous powers to control their surroundings. These powers are given to humans to confront their enemies stumbling upon the sky—” Others”.

These entities are immune to machines, bombs, and any weaponry human possessed. Only psychokinetic ally mutated humans are the last hope of the people of the planet. Scarlet Nexus is developed by Bandai Namco, Its release date is yet unknown. 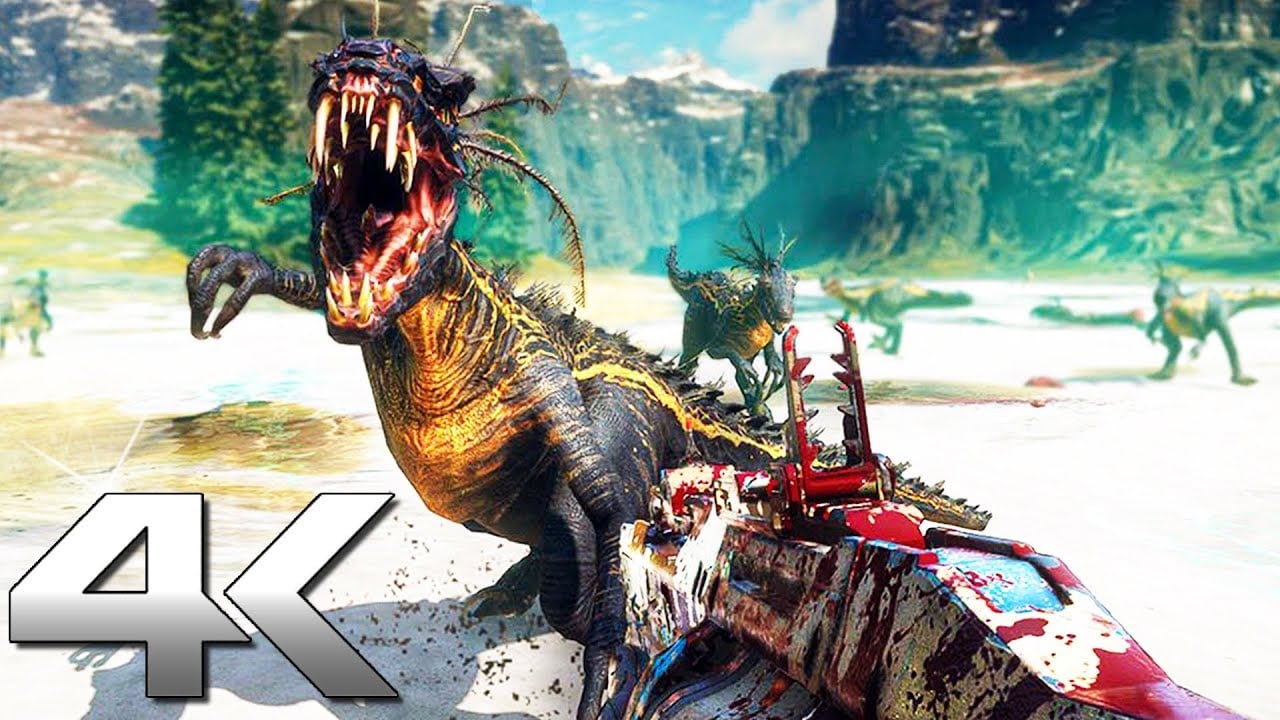 The game is brought to you by developers of Just Cause. If you are a fan of Just Caus’s landscapes and impressive actions, Second Extinction is going to be your favorite. The whole game will provide you experience in Jurassic Park. Because instead of dull humans, you will put your life in jeopardy, fighting with enormous Jurassic Park animated mutant dinosaurs. The release date of the game is not announced yet. The game might come with the Xbox Series X console. 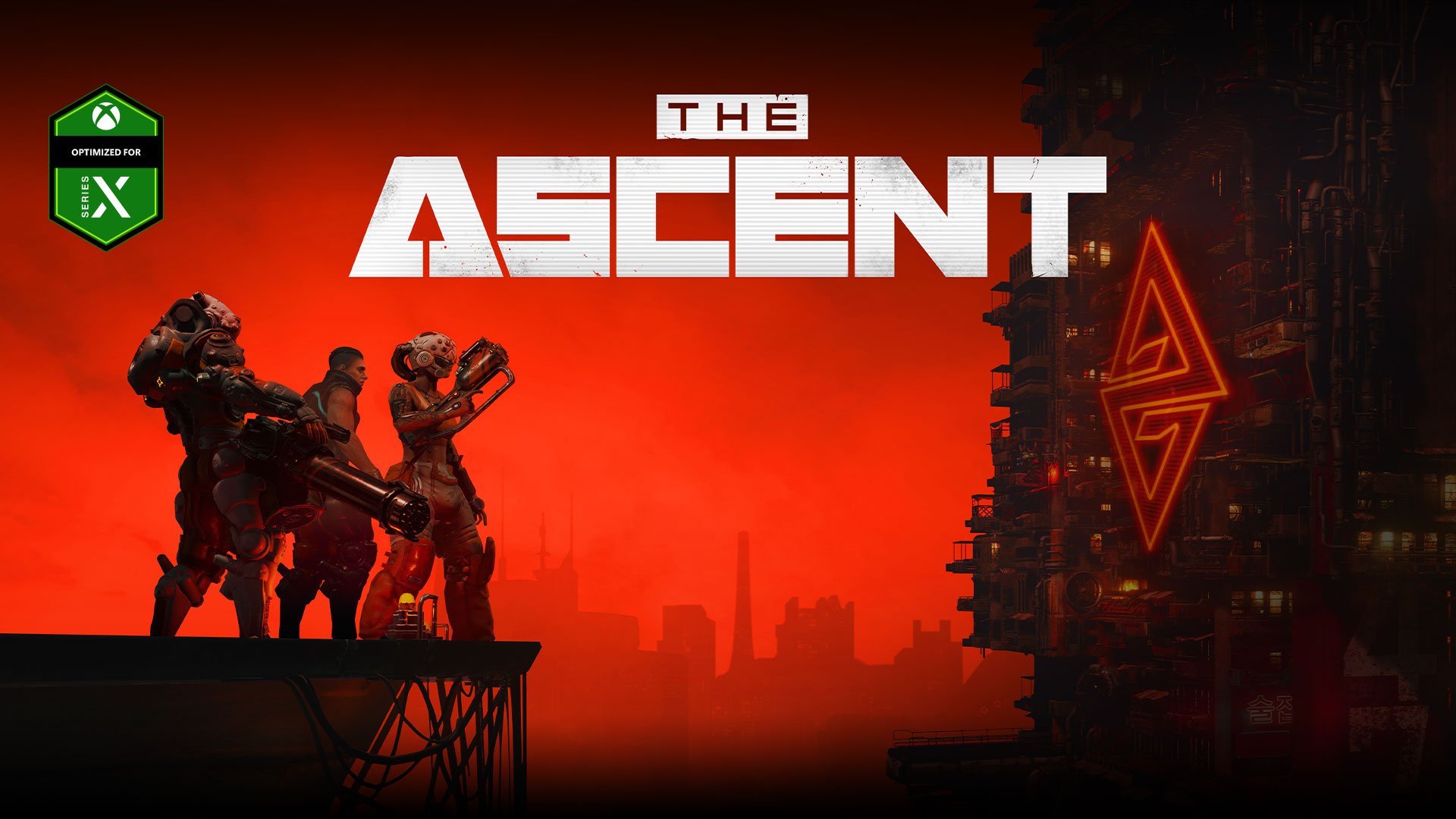 Another game on the list giving the looks of a cyberpunk future. If you want to experience CyberPunk from another look, The Ascent is for you. The game is a twin-stick shooter that you can play alone or with your buddies. The game takes place in a mega-corporation called—The Ascent.

Humanity is deprived, so what is for you and humanity? Get to know in the game. The Ascent is developed by Nenon Giant / Curve Digital, and the release date is not announced yet. 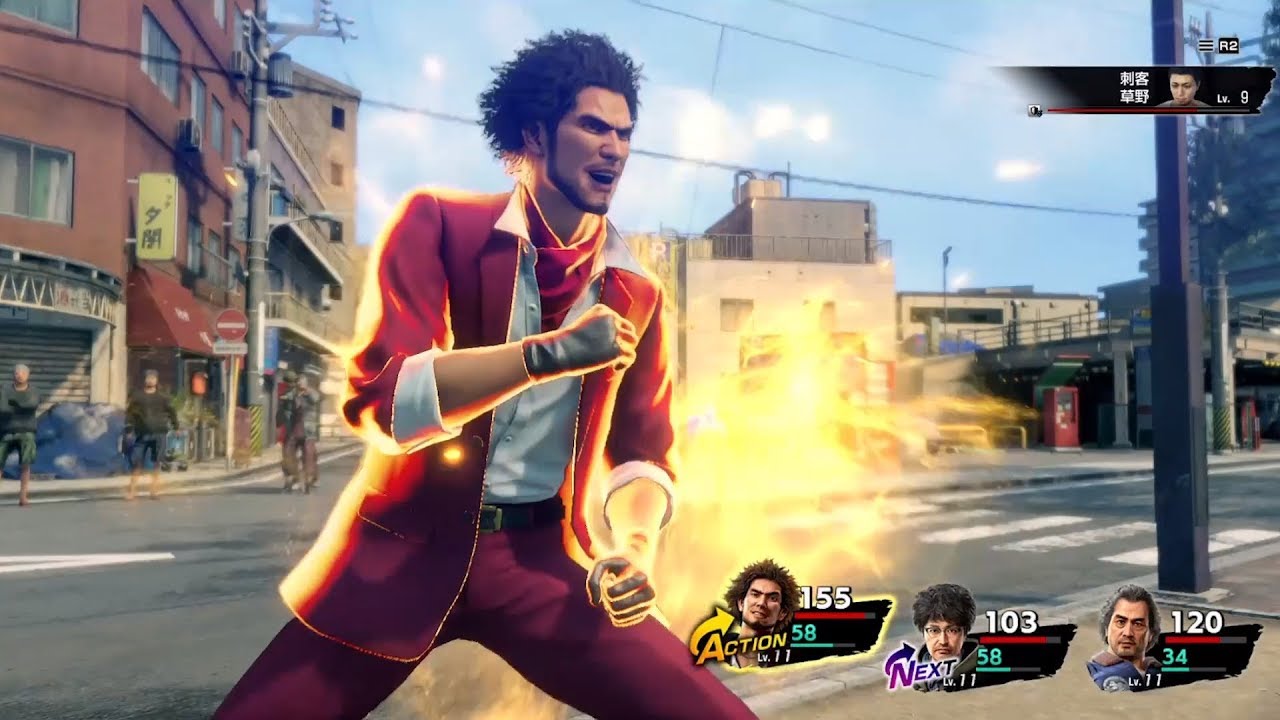 Developed by Sega, Yakuza began its journey a decade ago with PlayStation 2. It is still telling its tales. For the next-gen console, the franchise has decided to fresh start the game with—Yakuza: Like a Dragon. This version of the game or Xbox X Series Console will be presented with a replaced tenure protagonist and drastically altered other Yakuza lifestyles.

Furthermore, the expansion of Yakuza has entirely changed the game. With this much alteration, Sega is really looking forward to amusing the next-gen console users. According to reports, Yakuza: Like a Dragon will be released at the end of 2020. 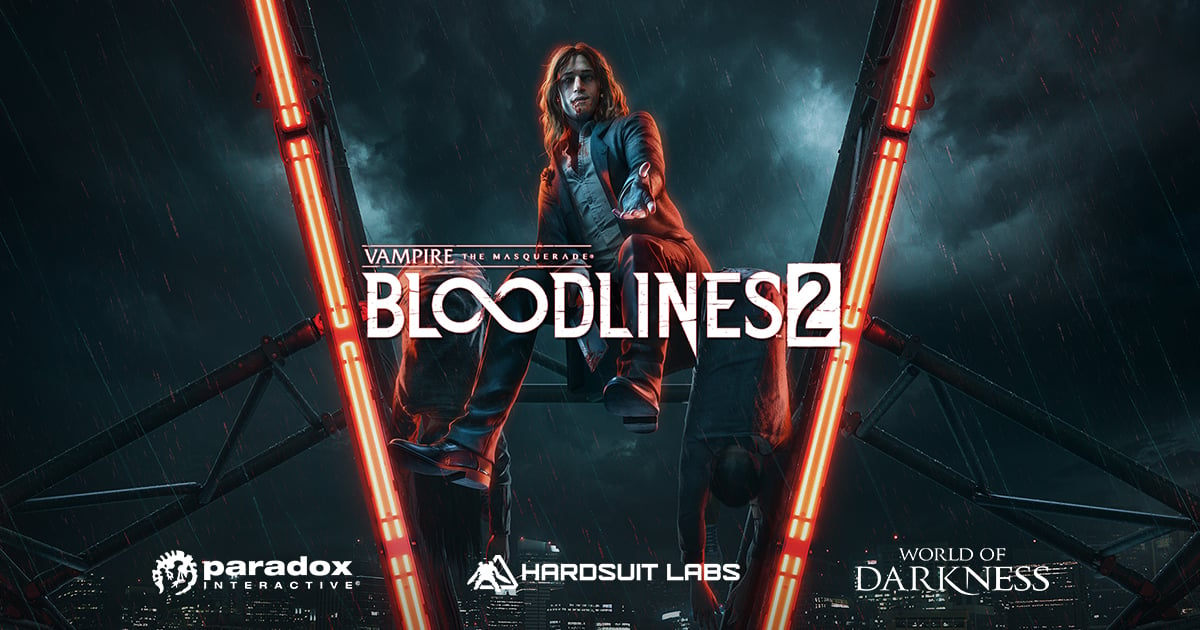 The long-waited Bloodlines 2 is an imminent action role-playing video game developed by Hardsuit Labs and published by Paradox Interactive. Vampires are scary until you are given a chance to become one, although they are broadly cool. Vampire: The Masquerade-Bloodline 2 is a first-person RPG where you play as a vampire, restless in modern society.

Furthermore, you will love this game If you are a fan of urban magical realism. The graphics are set to a dark theme, in order to cope with the Vampire layout.