Update as of October 5: The Google Android 12 AOSP is officially out now. This gives OEMs a green signal to work on their iterations and release Android 12 updates on their devices which includes Asus as well. [Source]

Taiwanese brand Asus is known for its electronic good and Asus smartphones are one of them. Although the device variant and userbase are quite less in terms of other OEMs, Asus has somehow tried to release new smartphones every year and pushes software updates too. However, the software update policy isn’t consistent, users are eager to know about Asus Android 12 Update Tracker | Release Date.

But we’ve to wait for it further. It also indicates that the OEM is slightly running slow and that may also affect the Android 12 update timeline for Asus devices in the next year. 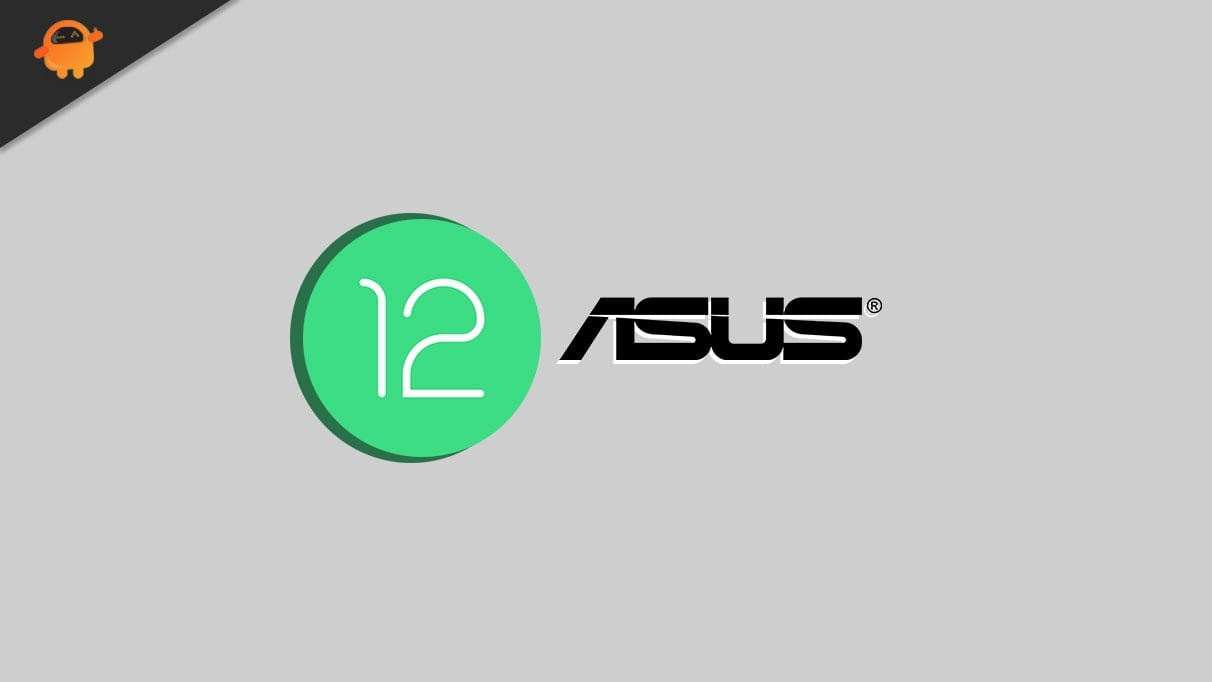 Having said that, Android 12 is the upcoming OS version which is the successor of the last-gen Android 11. Google has just released the Android 12 Beta GSI build followed by the developer preview 3. So, that all the OEM developers are now able to start testing their apps and skins based on the latest OS version.

Since Android 12 is in the beta build, the chances are high enough that it contains plenty of bugs or stability issues whatsoever. Therefore, if you can’t deal with bugs or issues, we’ll recommend you to wait for some time until Google releases a couple of more beta builds. Meanwhile, if you can wait for the official stable release in September 2021, it’ll be really good.

Additionally, if you’ve already installed the Android 12 beta 1 build on your handset and somehow you don’t like it, you can always go back (rollback) to the Android 11 stable version by following the official instructions.

Although Asus hasn’t mentioned any kind of official statement yet regarding the eligible device list to get the Android 12 stable update, we’ve managed to provide a couple of device models which should receive the same most probably.

Please Note: This device list isn’t officially announced yet and can be changed prior to any notice accordingly.

Update as of October 2: Good news for Asus ZenFone 8 users as the Taiwanese tech giant has kickstarted Android 12 Beta recruitment on the device from October 1 to 13 (CST time). Interested users can visit Settings >> System >> System update menu and check out the “Enrol in the Beta Test Program” to participate and get Android 12 before anyone else. [Source]

Update as of October 22: ZenFone 8 is the first Asus smartphone to get its hands on the stable Android 12 starting December 2021 with ZenUI-specific features on-board. This comes from Asus officially.

Update as of December 29: The Asus ZenFone 8 is now picking up stable iteration of Android 12 update bearing version number 31.1004.0404.73 for the model number ZS590KS. Users must be on Android 11 to get their hands on the Android 12 stable update. You can either wait for a few days for the OTA update to arrive or tap here to download the firmware and install on your device right away.

Update as of October 22: The ZenFone 8 Flip is in line to get its hands on Android 12 update starting December 2021 with ZenUI and its features as well. The update comes from Asus and thus, it is an official timeline although there’s no dates mentioned.

Update as of October 28: According to the latest info, the Asus ZenFone 8 Flip users are now being recruited for Android 12 Beta. Users can walk-in via Settings >> System >> System Update menu >> tap on the gear icon >> select “Enroll in the Beta Test Program” >> Submit. This is all you have to do. Once the recruitment is finalized, Flip users will get their hands on Android 12 Beta starting December this year. [Read More]

Update as of December 29: The Asus ZenFone 8 Flip is now picking up Android 12-powered stable update after months of testing. The incoming OTA update carries version number 31.1004.0404.61 and is available for 8 Flip with model number ZSX672KS. You can either wait for the update or click here to download the firmware and upgrade manually.

Update as of October 22: Asus ROG Phone 5 is slated to get its hands on Android 12-powered ZenUI stable update sometime in Q1 2022 i.e. between January and March next year. As Asus itself confirmed this timeline, it goes without saying that the phone will get the update during the said period.

Update as of October 22: According to an official timeline, ROG Phone 5S is slated to get its hands on Android 12 stable version in Q1 2022 i.e. between January and March 2022. There’s no exact date available at the time of writing this, however, this is an official timeline.

Update as of October 22: Based on an official timeline posted by Asus itself, the ROG Phone 3 is scheduled to get its hands on Android 12 stable update in H1 2022 probably between January and June although I think there’s an inclination towards Q2 here. The former timeline is officially released by Asus.

Update as of October 22: After ZenFone 8 and 8 Flip, it’s time for ZenFone 7 to get its hands on Android 12 stable update in the first half of 2022 i.e. between January to March 2022. It is the official timeline from the Taiwanese brand although there’s no dates attached yet.

Update as of August 4: The latest update bearing version number 30.41.69.89 brings one of the features from ZenUI 8 (which is based on Android 12). The update allows users to switch to one-handed mode with a gesture swipe at the bottom. This is followed by free hand on adjusting viewing and interactive area as well as sensitivity of the gesture among other chops.  [Source]

All the Android 12 running Asus devices will have the Zen UI 8 on top with plenty of additional functionalities and stability improvements.

Last year Asus has started pushing the Android 11 beta testing program on the Asus ZenFone 6 model after a couple of months since Google released the first public beta update to its eligible Pixel devices.

Each and every OEM is trying to follow the specific trend once Google releases the beta build or the stable build of the Android OS version every year. So, we can assume that Asus may also begin the Android 12 beta testing program for Zenfone 8 or any other model in the second half.

If we look at the Android 12’s official schedule by Google, we can see that Android beta builds and platform stability updates will arrive up to August 2021. Then Google will release the official stable version of Android 12 OS in September 2021 like previous years.

That means the stable Android 12 update for Asus devices should hit the shore by the end of the year 2021 and the ZenFone 8 series should be the first among the Zenfone & ROG family. The chances are also high enough that the Asus ROG Phone 5 series can also become one of the strong contenders to receive the same.

That’s it, guys. We assume this article was helpful to you. For further queries, feel free to ask in the comment below.