Snowrunner puts you in the driver seat of various vehicles, up to 40 of them, to complete challenging missions in the open environments. From time to time, upgrades for these various vehicles are made available in the game to make your gaming even less stressful and more seamless. Some of these upgrades can be found easily, while some cannot because they are placed in hidden locations on the various maps in the game. I usually recommend that SnowRunner players source for upgrades as soon as they are made available in order to make the game more interesting. One of the vehicles with upgrades in the game is the Azov 64131, and in this guide, I will show you how to find the locations of the Asov 64131 upgrades. 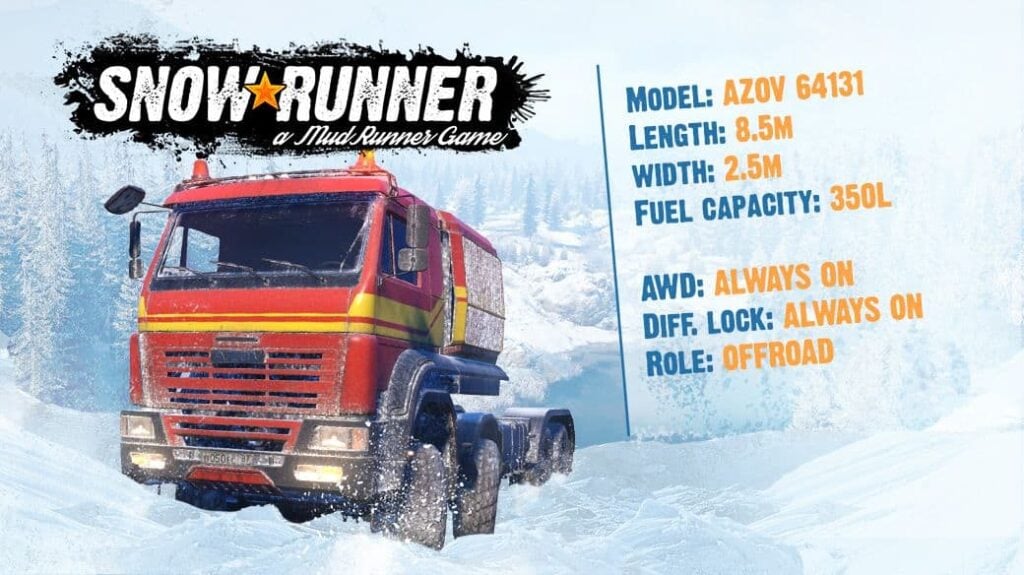 The Azov 64131 is an 8×8 truck, perfect for everyone who wants to go through different terrains at slow speed. It is capable of speed runs in the deepest mud Snowrunner has to offer but is not fast on the roads, and it also has a massive fuel tank which makes it capable of getting every job done. The upgrade for this vehicle has been released in the game, so it’s up to you to source for it to make your vehicle perform even better functions.

This vehicle’s upgrades can be found in different locations listed below across the game:

If you’re wondering why there are no specific details on the locations of these upgrades, that’s because there isn’t. You have to drive around in the locations listed above, especially the positions marked on the map, and hope you stumble on the upgrades you’re looking for. Stay tuned, however, as we’ll be updating this article with more details as they emerge in coming days.

Which Upgrades can I find for Azov 64131 in SnowRunner?

So far, the following upgrades have been found in the locations listed above for the Asov 64131:

So go ahead; snag up these upgrades for the Azov 64131 and get superior engine reliability, performance, higher power output and durability, and a full range of gears. Beware, though, as these three upgrades reduce the vehicle’s fuel efficiency and increase its fuel consumption rate.