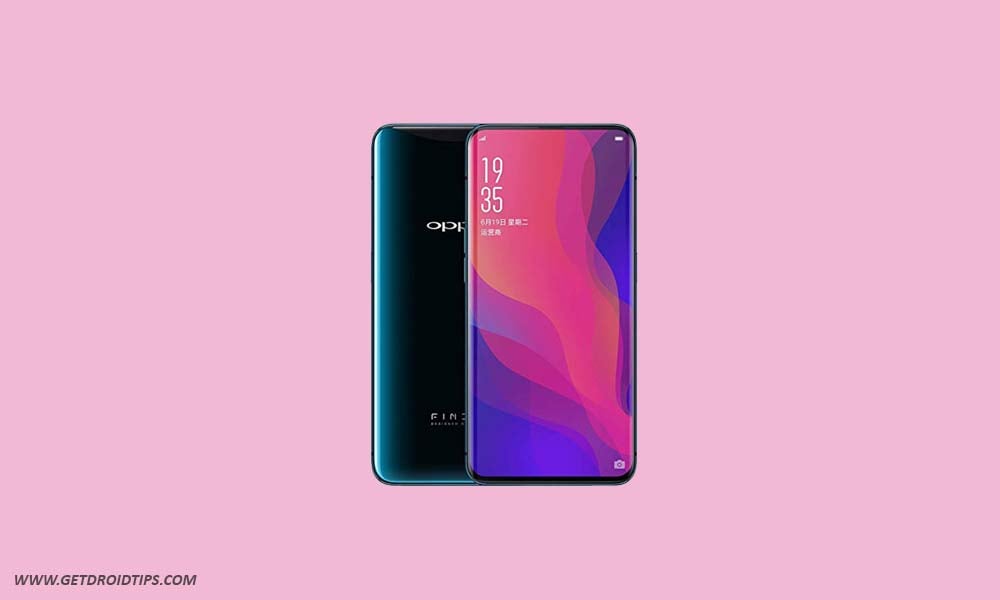 If we speak about the specifications, Oppo’s Find X flagship smartphone comes with 6.42-inch AMOLED display that supports 080×2340 pixels of resolution and offers 19.5:9 aspect ratio. The phone powered by 64-bit Octa-Core CPU under the hood which clocks in two different speed. The first four Kryo 385 Gold core clocks at 2.8 GHz and other four Kryo 385 Silver core clocks at 1.7 GHz. There is Qualcomm high-end Snapdragon 845 chipset present on board. The Chinese company launched the 8 GB of RAM and 256 GB internal storage variant in India.

If you have TWRP, then you can simply flash one of the best Custom ROM for Oppo Find X here. As we said, there are many custom ROM out there to choose from. Not every Custom ROMs are mean to be stable to use as a daily driver. You can read the description and the features that come with the custom ROM given below for Oppo Find X devices.

As the name suggests, ROM brings the real Google Pixel Experience ROM on Oppo Find X. It has all the features and applications which comes out of the box with Google Pixel smartphone. Now you can experience the real Pixel Smartphone with this ROM.

Now you can install Resurrection Remix Oreo on Oppo Find X by following our guide below.

Here you can download and install the latest AOSiP OS on Oppo Find X based on Android 9.0 Pie. The ROM is stable and can be used as a daily driver.

That’s it! I hope you have installed the Custom ROM for Oppo Find X. Leave a comment or feedback down below. Thank you!.

I hope this guide was helpful to find the Best Custom ROM for Oppo Find X which is suitable for you.

Want to revert back to Stock ROM, Check out this tutorial on How to Install Stock ROM on Oppo Find X