The Ranger is quite an interesting class character in Baldur’s Gate 3. It does a little bit of what the other classes are really good at. It has Rogue-like qualities but the output damage is much in comparison to Rogue. Again, it has spellcasting abilities too but it is nowhere close to what a wizard can do. Furthermore, a Fighter with a bow is definitely more threatening than a Ranger with one.

But having a mix of all is what makes the Ranger an interesting and versatile choice for players. Plus it sniping abilities mixed with abilities to befriend lots of animal companions can prove to be the difference in a battle. So for those who are looking at the Ranger and wondering what skillset you can have with it and what are its subclasses, this article will be useful. Here, we have compiled a detailed outline of what the Ranger character is capable of in Baldur’s Gate 3. 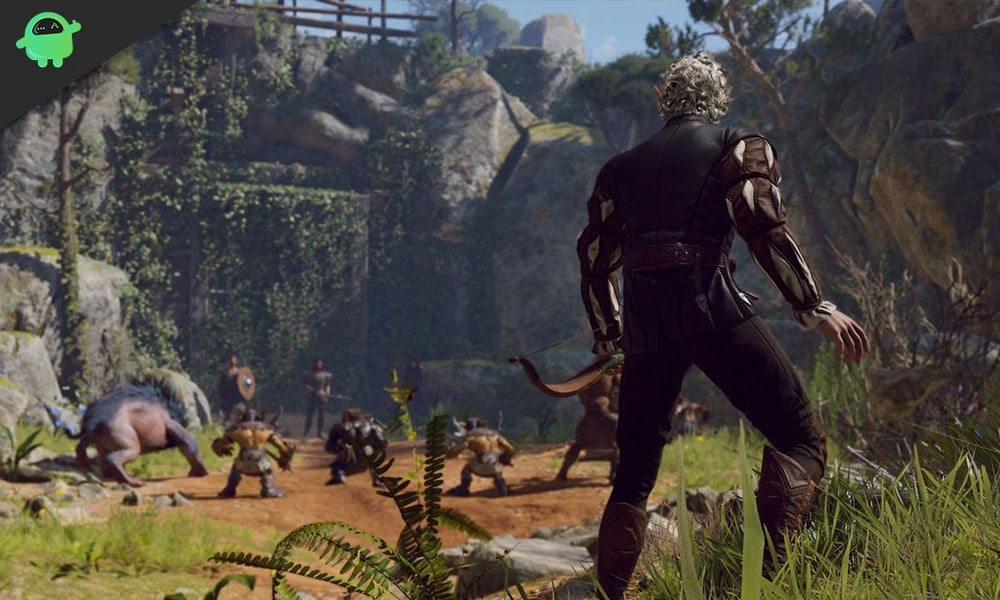 There are certain features that you get when opting for the Ranger class. There are:

When a player chooses the Ranger, he/she must then choose a favored enemy. Depending on your choice, you will gain proficiencies or spells. List of options you get for the favored enemy include,

Bounty Hunter– You will gain Investigation proficiency, thieves cant passive and restrained creatures will have a harder time escaping.

Mage Breaker– You will gain Arcana proficiency and  True Strike cantrip which uses the Wisdom stat.

Keeper of the Veil– You will gain Arcana proficiency along with Protection from Evil and Good spell.

Sanctified Stalker– You will gain Religion proficiency along with Sacred Flame cantrip which uses the Wisdom stat.

Then you will get a Natural Selection option where you can gain some more bonus skills. List of options you get for natural selection include,

Wasteland Wanderer: Cold– Resistance to cold and takes only half damage.

Wasteland Wanderer: Fire- Resistance to fire and takes only half damage.

Wasteland Wanderer: Poison- Resistance to poison and takes only half damage.

Then comes to the selection of skills. You will have eight options for skills but you can choose only three. We have briefed out on what each skill does. So according to your desired gameplay, choose the appropriate three skills for your Ranger. Following the order in which you will see the options, we have:

Animal Handling- It will allow you to gain the trust of wild creatures.

Athletics- Just as the name suggests, you will gain skills in all sorts of physical movements.

Insight- Ability to read people and certain situations so as to pierce through lies and deceits in the game.

Investigation- Ability to extract information from objects or people.

Nature- Expertise in flora, the fauna of the world around you.

Perception- Ability to see and detect the details and things of the environment that are out of the ordinary.

The choice of maxing out a stat depends on your gameplay. If you want to use the Ranger for Archery then you should definitely max out your Dexterity stat. It will result in more damage. The next stat that you might consider is the Strength stat. That will let you use heavier weapons. Again for those who are looking to cast spells with the Ranger should go for the Wisdom stat as it is the Ranger’s primary spellcasting stat.

The intelligence stat will also be helpful to you if you want to use your ranger for skills like investigation and history. Some might also consider getting more points for the charisma stat as that would mean the increased ability to charm and talk your way out of situations.

When you first choose the Ranger, you don’t get any subclass. But as soon as you reach level 3, you have to option to choose Hunter or Beastmaster. If you want maximum damage as a Ragner, then Hunter is the ideal choice for a subclass. This will be especially helpful if you have only a single attack in your arsenal.

Now Beast master is also an interesting choice for a subclass. This will give you the ability to summon animal companions in times of need. You have the option to summon a bear, a wolf, spiders, and even a boar. Bear can be helpful if you want something that can take a bit of damage. Wolf would be an excellent choice if you want to cause a lot of damage. Then spiders are another excellent companion as they can easily slow down enemies with webs and poison. And finally, the Boar will be helpful when you are up against several enemies as it will simply charge through them causing damage in a bulk.

As mentioned above, you do get some spellcasting abilities too with the Ranger. It cannot compare to the skills of the wizard, but it is a nice addition to the arsenal. Among the different spells the Ranger is capable of, we have listed below the best ones.

Hunter’s Mark: This is regarded as the best spell for a ranger as casts a mark on the target and add 1d6 damage to the marked target. After you kill a particular you can move the mark over to a different target and continue hunting down targets.

Ensnaring Strike: This roots down the opponents instantaneously.

Cure Wounds: In times when Cleric is knocked down, this can be a backup healer.

You have other spell options too. Be sure to try all of them out and see which best suits your gameplay for the Ranger.

This is just a brief guide on what the Ranger Class in Baldur’s Gate 3 is capable of. If you have any questions or queries about this guide, then comment down below, and we will get back to you. Also, be sure to check out our other articles on iPhone tips and tricks, Android tips and tricks, PC tips and tricks, and much more for more useful information.