Google Nexus 6P (codename: angler) launched in September 2015. The phone came out of the box with Android 6.0 Marshmallow and later upgrade to Android 8.0 Oreo. Do you want to Install any Custom ROM for Nexus 6P device? then you are at the right place. Here we will list all the Custom ROM for Nexus 6P. If you have a Nexus 6P device, then you may be knowing that this device runs on Android OS. Well, the biggest advantage of Android is that it is an open-source project. This allows every community to develop and Customize ROM for their phone.

Talking about the specifications, Nexus 6P features a 5.7-inches display with a screen resolution of 1440 x 2560 pixels. It is powered by Qualcomm MSM8994 Snapdragon 810 processor coupled with 3GB of RAM. The phone packs 32/64/128GB internal memory. The camera on the Nexus 6P comes with 12.3MP and 8MP front shooting camera. It is backed by a Non-removable Li-Po 3450 mAh battery. It also has a Fingerprint sensor on the back. In this guide, we will show you which are the best custom ROM for Nexus 6P available now. 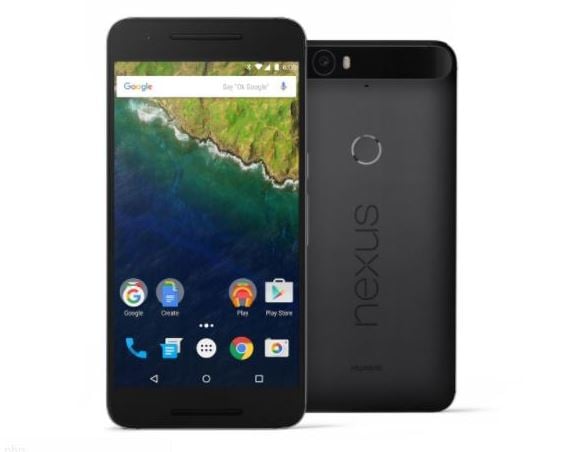 If you have TWRP, then you can simply flash one of the best custom ROM for Nexus 6P here. As we said, there are many custom ROM out there to choose from. Not every Custom ROMs are mean to be stable to use as a daily driver. You can read the description and the features that come with the custom ROM given below for Nexus 6P devices.

CesiumOS is a project that is designed to be exciting. It is something that was born out of a sea of similar-looking AOSP roms. We offer a unique, yet familiar experience for your phone. We cherry-pick features that we think will *actually* be useful in your daily lives, and nothing more.

RevengeOS is an aftermarket firmware based on AOSP. We are dedicated to a beautiful, fast, stable and minimal customized ROM, honesty and communication with our users, and openness with our code, Hope you will enjoy.

As the name suggests, ROM brings the real Google Pixel Experience ROM on Nexus 6P. It has all the features and applications which come out of the box with the Google Pixel smartphone. Now you can experience the real Pixel Smartphone with this ROM.

Superior OS is a AOSP-based custom ROM with some minimal features to fulfill the user’s demands nowadays.

ArrowOS is a new Custom ROM and it is AOSP inspired open source project started with the aim of keeping things simple, clean, and neat. The ROM brings almost the same feature which is very useful for ROM customization and in the end, aims to deliver smooth performance with better battery life.

Project Sakura is a custom ROM built around Lineage OS 17.1, It tries to remain true to it while also providing some more functionality and UI changes.

StatiXOS is a custom ROM based on the Android Open Source Project aiming to be minimal while providing quality of life improvements and up-to-date security patches.

BlissROMs come with a wide selection of customization options from around the Android community. Apart from that, it has also added some of its own unique features to the ROM. The stable build of this ROM is based on Android 10 (or Android Q) and brings with itself all the goodies that the said Android build has. Apart from there, you also get some Bliss exclusive features.

That’s it! I hope you have installed the Custom ROM for Nexus 6P. Leave a comment or feedback down below. Thank you!.

I hope this guide was helpful to find the Best Custom ROM for Nexus 6P which is suitable for you.