This right away gives the other user an idea that the video shared, is a screen recorded video. Fortunately, if you are looking for ways to discreetly record the screen of your iPhone without anyone knowing then this guide is for you. Because in this post, we will be sharing with you how to discreetly stop screen recording on the iPhone. Basically, there are two methods in-built to stop the video recording without the need to access the Control Center. For more iPhone related posts, you can check out our dedicated iPhone section. So, without any further ado, let us get straight into the article itself: 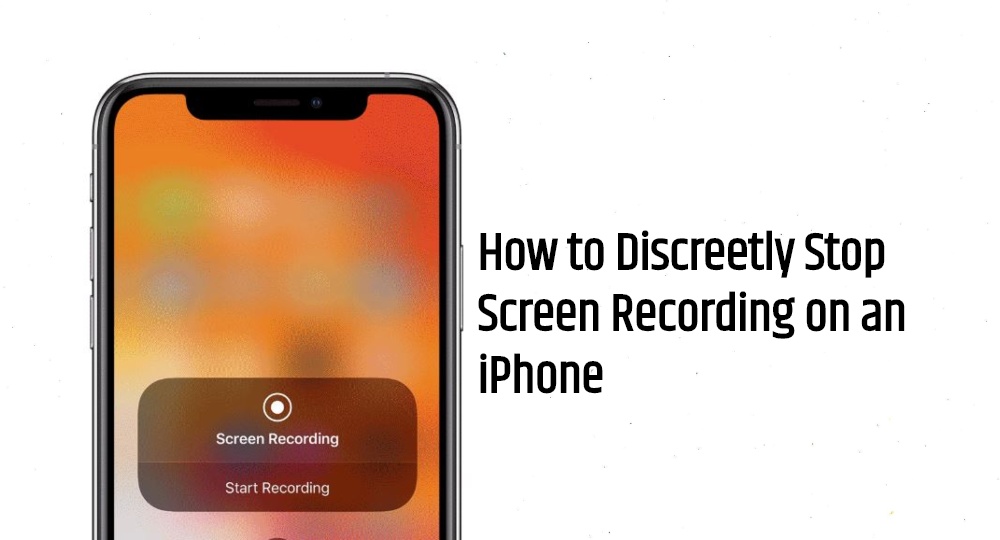 How to Discreetly Stop Screen Recording on an iPhone

So, below are the two methods or ways by which you can give a slight professional touch to the screen recorded video:

There is another way to stop the screen recording and get rid of the extra footage that captures your movement on the screen for stopping the video. It’s fairly simple indeed! You just need to start the video recording normally and once you are done, you need to press the Sleep/Wake button. When you unlock your device, you will see that your video is directly saved in the gallery without any unnecessary footage of stopping the recoding via the Control Center.

So, there you have it from my side in this post. I hope you guys liked this post and were able to record your videos on your iPhone more cleanly. Let us know in the comments below if you used the above-mentioned method or not. Also, do let us know any other way that you know for cleanly recording the screen on an iPhone. Until the next post…Cheers!