LG has launched LG G8 ThinQ this year and its wallpapers which are really awesome and looks good. There are 25 stock wallpapers of G8 ThinQ which can be downloaded in 4K resolution with 1440 × 3120 pixels. Though the LG G8 ThinQ is a good smartphone on the paper, practically it has so many downsides than any other flagships. We aren’t judging the brand or a product but this is what we find from some of the reviews. But here is the good news for Android smartphone users that now you can download LG G8 ThinQ stock wallpapers from the link below.

The handset has the overall same form factor as its previous generation LG G7 ThinQ device. The device looks well-built and sturdy too. LG uses Corning Gorilla Glass 6 protection for both front display and back panel with an aluminum frame.

The smartphone features dual rear camera setup and a fingerprint scanner with branding. The handset packs a 3.5mm audio jack and a USB Type-C port. While the 09 system wallpapers are available in 1440 ×2880 pixels, rest of the 17 stock wallpapers are in 1440 × 3120 pixels resolution quality. You can download these wallpapers from the download link given below. 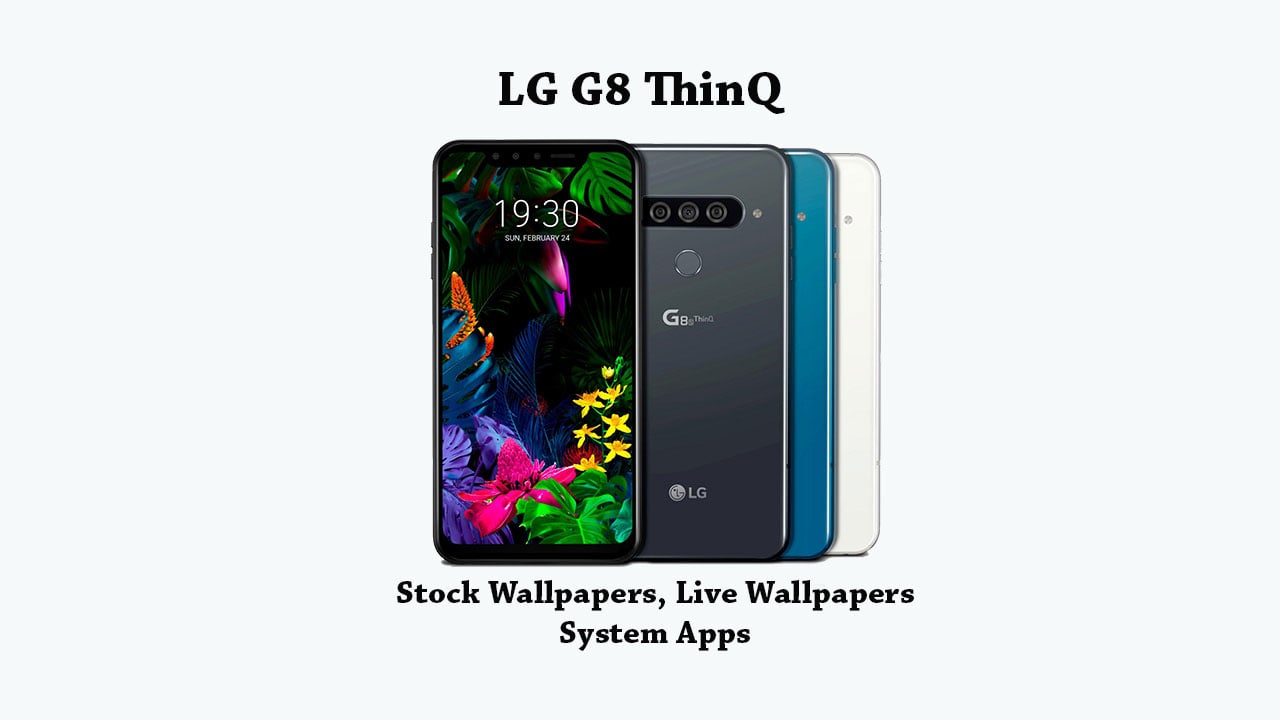 But before heading over to the downloads section, let’s take a look at the device specifications.

The LG G8 ThinQ is powered by the octa-core 2.8GHz Qualcomm Snapdragon 855 SoC, coupled with Adreno 640 GPU. There is a 6GB of RAM and 128GB internal storage variant. You can expand storage via a dedicated microSD card slot with the dual SIM support up to 512GB.

On the front side, the device features an 8MP selfie camera (f/1.7), a 26mm wide-angle lens along with Z camera time-of-flight (ToF). The dual rear camera setup pairs a 12MP (f/1.5) sensor with Dual-Pixel PDAF, and OIS support. While the secondary camera is a 16MP shooter of an f/1.9 aperture lens, an ultra-wide sensor.

There is a total of 25 stock wallpapers of the LG G8 ThinQ available to download. The minimally designed wallpapers are compressed in a zip file which can be download from below. All of the wallpapers have an average resolution of  1440 × 2880 pixels.

You need to just download and extract the wallpapers zip file on your device storage and use it. Search from the gallery app or wallpapers section directly and set it on the home screen or lock screen easily. Any of the 18:9 or above display devices will fit perfectly.

These live wallpapers will not work on any other Android device except LG.

These live wallpapers will work on any device running on Android 9.0 Pie version. You need to download and extract the zip file on your device then install the APK files and you’re done. Select the live wallpaper and set it.

We have the LG G8 System Apps for you also to download for your device. Just like the Live Wallpapers, these apps are in APK file. Therefore, you need to install these APK files on your LG device.

These system apps will not work on any other Android device except LG.

Even your LG device should have to run on the latest Android Pie firmware for these apps to work properly. Thes are recently updated LG apps and compressed in a zip file. Take a look at the screenshot.