Mediatonic and Devolver Digital has recently launched the Fall Guys: Ultimate Knockout online battle royale game for Microsoft Windows and PlayStation 4 platforms. Currently, the game is only available on PC (Steam) and PS4 officially. However, some of the websites and YouTube videos have mentioned that the Fall Guys is available for Android. Now, the question will arise in our mind is that for real? Well, let’s find out the actual truth.

Fall Guys is a massively multiplayer online game where up to 60 players can play the match to win the crown. Currently, the game costs up to $19.99 for both the PS4 Store and Steam depending on the region. However, the PS Plus Members can download and play this game for free of cost. While talking about its popularity, it becomes one of the hottest games in Summer 2020 and the reviews & ratings are very positive among players and streamers.

As more and more players are joining this game, developers are continuously trying to increase server capacity. However, some of the jellybeans may find matchmaking issues during launch in the jar which should be reduced in upcoming days. Now, coming to the topic, if you’re really interested to play the Fall Guys game on your Android device, then check out the details below. 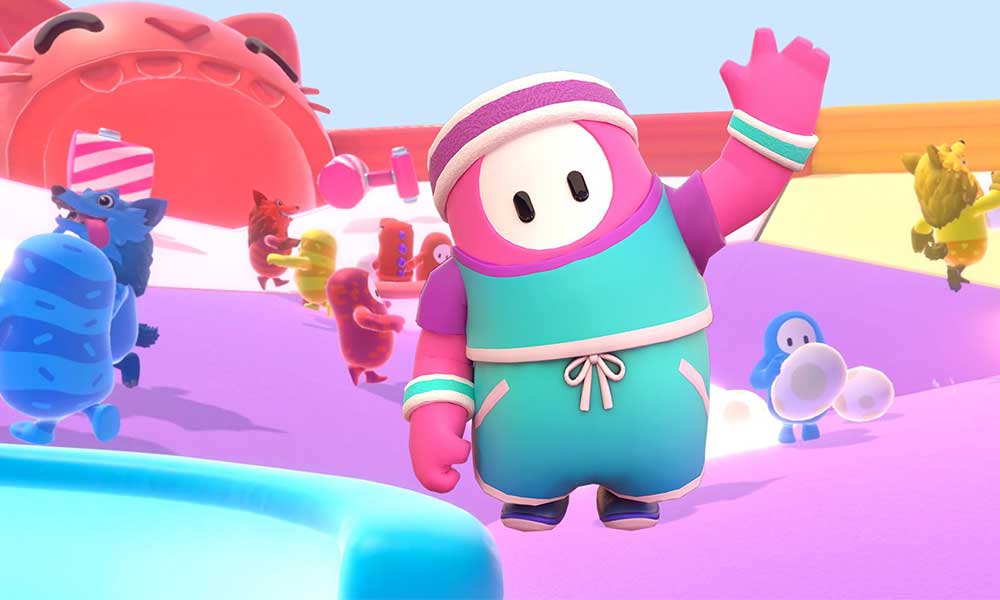 Is Fall Guys Really Available on Android Smartphone for Free

All the interested mobile gamers should not fall into the rumor or trap that they can easily install and play the Fall Guys mobile game on their Android devices. As we already mentioned, the Fall Guys: Ultimate Knockout is only available for PC and PS4.

Meanwhile, some of the online websites and YouTube videos are claiming that you can easily download and install the Fall Guys Mobile APK file. Then you can play it without any issues.

But that’s not true at all. At least not for now, at the time of writing this article. You can check out our video as well.

Fall Guys is only available on PC & PS4

a) They're literally playing a video and pretending to play it
b) There's literally a mouse cursor on the screen
c) I don't want to live on this planet anymore
d) Yeet me into the sun pic.twitter.com/ZKfw5gVaqW

The developer and publisher haven’t shared any official announcement for the mobile version or any other platforms yet. So, we’re strictly warning all of our readers not to fall into any kind of scam or trap whatsoever. Even if you download the APK file from any untrusted unsecured third-party website, who knows! You may end up installing malware or adware as well.

Is there any way to play Fall Guys on Mobile?

We will recommend you to just wait until you receive any official update from Mediatonic or Devolver Digital. However, it’s also worth mentioning that the advanced Android or iOS users can play the Fall Guys game using the official Steam Link app, developed by Valve Corporation.

It basically allows Android or iOS users to bring desktop games (Steam) to their devices in an easy way.

Here you can download the Steam Link app for both the Android and iOS platforms.

If you’re looking for the Fall Guys game alternative for Android devices then you can try the “Fall Dudes 3D (Early Access)” game on Android. It’s officially available on the Play Store and one of the best alternatives of Fall Guys: Ultimate Knockout.

That’s it, guys. We hope you’ve found this information useful. For further queries, you can comment below.