The online action roleplaying game (RPG) by Bethesda Game Studios, Fallout 76, has been doing well in the gaming community two years into its release. Despite certain controversies surrounding its release, the game went on to sell 1.4 million copies within a year of its release and was nominated for a number of prestigious awards as well. With players freely exploring an open world torn apart by nuclear warfare, the game has been hailed for its thrilling and dynamic gameplay.

Creatures of incredible might and ferocious attitude roam throughout the hostile wilderness of Appalachia in the game. One of these legendary beasts is the Sheepsquatch, a formidable horned creature mutated into existence due to the effect of decades of radiation. For a creature so large, the Sheepsquatch prefers to mind its own business most of the time. Therefore, don’t expect to just come across a specific Sheepsquatch location anytime. You will have to actively seek out this elusive beast. Here we are with a new guide to find a Sheepsquatch in Fallout 76. 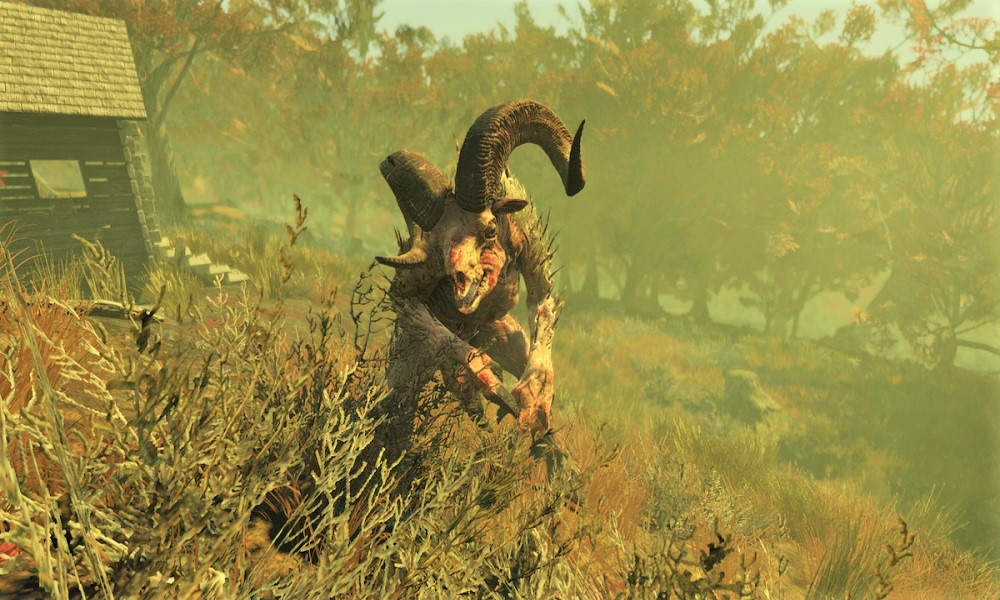 Locating the Sheepsquatch in Fallout 76

In Fallout 76, Sheepsquatch tends to turn up randomly on locations such as Vault 96 or various peat bogs. There’s also a chance of them appearing near Welch or Braxson’s Quality Medical Supplies. Apart from this, you can also find them during three specific events in the game: Free Range, Ash Heap, and Project Paradise.

There’s no guaranteed place to encounter this creature because the locations it turns up at are completely random. However, it’s worth mentioning that two Sheepsquatches appear during boss fights right at the end of the Free Range event. One Prime Sheepsquatch serves as the final boss in the Ash Heap event. You might also be able to encounter an Alpha Sheepsquatch during the Project Paradise event.

These powerful but elusive creatures, when found on rare occasions, are commonly seen around the cliff outside Vault 96. There have also been sightings in certain places such as Creekside, Braxon’s Quality Medical Supplies, and Bog Town.

What to do When you Finally Find a Sheepsquatch?

Well, we should mention that when you do finally encounter a Sheepsquatch in Fallout 76, don’t get too complacent. Instead, brace yourself for a seriously tough fight. These beasts tend to be extremely violent, and they also possess great damage, energy, and radiation resistance. Because of their two different area-of-effect attacks, they can put up a seriously tough fight against crowds as well.

If you happen to make a kill, there is a good chance for you to obtain rare items. These are usually Sheepsquatch meat, skulls, and horns. You might also earn Mysterious quill and Mysterious fur.

To sum up, by far, the most comfortable and most convenient way to find a Sheepsquatch in Fallout 76 is through in-game events such as Ash Heap, Free Range, or Project Paradise. Since their locations happen to be random otherwise, your best bet is to keep an eye out near Vault 96 or on the road just outside Welch.

We help our guide comes in handy to help you find a Sheepsquatch and start the quest in Fallout 76. If you liked this guide, do go and check out our best iPhone Tips and Tricks, PC tips and tricks, Games and Android Tips and Tricks. You can also subscribe to our very own YouTube Channel and participate in the $150 giveaway contest. Moreover, if you have any queries or feedback, do comment down below with your name and e-mail ID. Happy gaming!